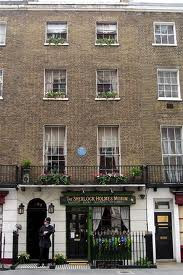 Although most mystery writers would give their eye teeth for a great plot and although the big selling novels of the genre are all heavily plot driven, the story lines of mysteries are not destined to linger in memory. With certain sterling exceptions- the orangutan did it in The Murders of the Rue Morgue and Roger Ackroyd was done in by the sly narrator- we simply do not remember plots.

Indeed, memory seems to decrease in inverse proportion to the intricacy and ingenuity of the story. Thus it is easy to recall that the King killed Hamlet's father and that Oedipus was seized with road rage on the way into Thebes but very difficult to remember even one of Miss Marple's ventures or exactly what Robicheaux was up to in James Lee Burke's latest novel.

And yet, fans continue to ask for their favorites whether Kate Atkinson or Donna Leon or Lee Child, suggesting that while plot is necessary for the mystery, it is not in some ways the essential ingredient. Certainly what is remembered tends to be character first, with fans developing a taste for Inspector Wallender or Marshall Guarnaccia or V.I. Warshawski, detectives whose adventures are followed with pleasure, even if, in retrospect, the details of their cases remain hazy.

He or she who can create a great character rarely wants for readers. But there is another aspect of the mystery that I think is equally important, namely the setting, including not just the physical setting which may be familiar or exotic, but what might be called the tone or atmosphere of the whole. In this as in so many other aspects, the template has to be Arthur Conan Doyle's Sherlock Holmes stories. True, he has a great character in Holmes and a very good one in Watson, but without that particular gaslight London mis-en-scene, I doubt the series of stories would have had their enormous appeal. Which continues: A recent issue of the Times Literary Supplement dealt with no less that six new books about Holmes and/or Doyle, plus the newest Sherlock Holmes film. 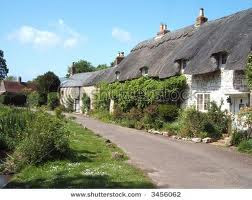 The Holmes stories were made for cold, rainy nights, because they depend so heavily on the contrast between the warm, smoky, Victorian chambers of the two friends and the raw, damp weather in the streets and out on the windswept moors. Repetition in the form of the original stories, which Doyle stuck with despite wearying of his creation, and what seems like an unending series of Holmes pastiches, have made Baker Street and the Victorian world and underworld just familiar enough. We travel there imaginatively, knowing that we will get thrills and satisfactions of a particular quality.

Not every writer has the patience to create such a little world. I, personally, disliked adding back stories for the later novels in my mystery series, and I preferred to keep Anna Peters on the move. Clearly the creation of a little world and a stock company of characters was not on my Muse's agenda.

Other writers find creating either a little world or a consistent atmosphere very satisfying. Agatha Christie dealt St. Mary Mead more than its share of corpses - and cozy writers have been mining the territory of garden fetes and parish politics and bad behavior among the gentry ever since.

Thanks chiefly to Raymond Chandler and Ross McDonald, Southern California of the 1940's and 50's enjoys a similar posthumous life. Where would we be without those alcoholic gumshoes, tuxedoed gamblers, ambitious starlets, and gat-packing thugs? Not to mention the secluded bungalows and crumbling apartments, both so convenient for stashing a corpse or two, the roadhouses with sinister reputations, and the seedy digs of the leading P.I. 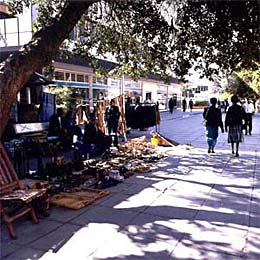 More recently, Ian Rankin has focused on the east of Scotland with a few forays to Glasgow, but the non-touristy side of Edinburgh is his novels' real heart. And it's a bleak, guilt ridden, hard-drinking heart at that. Further south in the UK, there is an equally distinctive feel to P.D. James's novels, particularly her earlier ones and those set up on the coast and in the fenland of England. Even when Inspector Dalgliesh plays a minor role, the novels have a reflective melancholy that owes a lot to their often bleak and desolate settings.

Alexander McCall Smith's Gaborone is lovingly recreated in each of his novels, along with Precious Ramotswe and the rest of what is now a lively stock company. James Lee Burke has done the same for New Orleans, capturing its baroque corruption and vitality. Equally distinctive is Fred Vargas's Paris, with its layers of history, its whimsy, and its toleration for the rampant eccentricity of Inspector Adamsberg's squad.

With all, the plots are clever but forgettable. What lingers in the mind are the characters and atmosphere, which Adamsberg would probably, and sensibly, define as je n'sais quoi.
Posted by Janice Law at 08:40

I enjoy the atmospheres laid out by Lindsey Davis (1st century Roman era) and Elixabeth Peters (Edwardian-era Egypt). I also enjoy Ellis Peters' Brother Cadfael series (10th century Wales), but there's another writer (whose name escapes me) who's medieval world is much grittier and I suspect closer to the then reality.

Leigh might be thinking of my blog sister on Poe's Deadly Daughters, Jeri Westerson, who writes what she calls "medieval noir."