Mr. Limpet Reports His Pandemic Reading is WAY Up!


by Joseph D'Agnese
I can’t tell you how many times someone has told me that they are “not a big reader.” Whenever I hear that, my mind conjures images of bigness lifted from children’s literature. I see NC Wyeth’s painting of a fairy-tale giant strolling across a beach while a gaggle of children look on, lost in their own imaginations. Or I start wondering what might happen if Roald Dahl’s BFG decided to break into a library at night.

In fact these people are trying to gently indicate that they don’t read often. And that’s okay. I don’t sky-dive often. I don’t restore cars or motorcycles. I’ve never joined a knitting circle. To each his own.

But what these speakers, if they’re American, probably don’t realize is how close they are to the norm. The typical American reads four books a year. (That average is skewed heavily by the nation’s hard-stop non-readers.)

At a conference of booksellers some years back, I listened as a clever bookseller flashed an image of Amazon’s logo on the screen. “This is what we’re told is ruining our business,” she told her audience. “But what I’d like to suggest is that it’s really this…”

Her finger hit the remote. Up on the screen, Amazon’s logo was suddenly joined by tons of other logos. For Instagram. Facebook. Netflix. Hulu. ESPN Sports. I could go on. But you get the point. Bookstores, booksellers, publishing are all waging an uphill battle for our attention against a bewildering array of seemingly shinier choices. More choices than our book-loving forebears ever had.

Then came 2020. Suddenly, many of us—the most privileged, I’d argue—were spending more time at home. Suddenly, books were cool again. At least, that’s what publishers are telling the world in articles such as this one and this one. I don’t doubt what the publishers’ statistics are showing. In fact, I find these stories fascinating. But I think it’s a mistake to bank on Covid behaviors sticking around for long. We all have a ferocious desire to get back to normal, whatever that means. This other article, discussing how African-American bookstores are faring one year after the protests, is all the evidence I need that 2020 habits are unlikely to be long-lasting.Earlier this year, on a call with our agent, my wife and I listened as the agent relayed the gist of a post-pandemic Zoom-call debrief she’d attended that was presided over by the CEO of one of the Big 5 publishers. What follows are some of the things the agent heard on that call. I swear I did not make up the publisher statements. They are true to the best of my reporting ability. I cannot vouch for my own off-the-cuff comments.

Publisher: We will no longer spend money advertising our books in print (i.e., newspapers, magazines, etc.) Virtual or digital advertising is more effective. That’s where people are spending their time.
Joe: Or is that where people are more easily tracked, and thus easier to quantify and justify your spending? I don’t buy as many newspapers as I used to. But I still have a lot of magazine subscriptions. And I still read a ton of print books. No one is watching my eyeballs read (or reread) a paperback novel from the eighties. The last time that book was statistically or financially relevant to the industry was when I bought used in 1993. As for self-published books, fuhgeddaboudit. I can’t imagine traditional publishing is seriously interested—or frankly capable—of tracking how many books are read in this growing sector.

Publisher: In 2020, we saw a 33 percent growth in fiction sales. And two times the growth in debut fiction! And a 15 percent growth in nonfiction!
Joe: Homo sapiens has theoretically been roving this planet for 300,000 years. But feel free to base your corporate judgment on a single, highly unusual year that represents 0.000003333333333 of that time.

Publisher: Bestselling authors only got more popular in 2020!
Joe: What the hell did you expect? Their books are the ones we always hear about. Someone who is Not a Big Reader will reach for their books first, natch.

Publisher: We saw a 36 percent growth in children’s books! That’s because parents scrambled to find ways to entertain their kids. Even children’s picture books, considered “dead” in some circles, were hot sellers.
Joe: Slow down, Marshall McLuhan! Let’s hold off on making sweeping generalizations of the behavior of vast swaths of people. Um, did I mention I wrote a picture book? (In fact, as I was writing this piece, a bookseller friend in Florida messaged me to say that an exhausted parent walked into her store and said, “I’m looking for a children’s book called Bonehead, about Fauci.” Turns out, they were looking for my book, Blockhead: The Life of Fibonacci. No, I am not kidding. Folks, I’m huge in St. Pete, but I digress.)
Publisher: The biggest growth was in so-called “canceled” authors. Dr. Seuss was very big in 2020!
Joe: Cool! So are you guys hoping more authors are canceled?

Publisher: We sold the shite out of backlist titles in 2020! The Very Hungry Caterpillar, first pubbed in 1969, had the biggest sales year of its existence!
Joe: Ahem, yes, this too is logical. Ordinarily, the industry focuses its attention almost exclusively on new, freshly published books—and so does the press. But when you erase foot traffic and browsing, people don’t buy the heavily promoted books they just heard about on the radio or TV, but instead choose to finally get the books that have been on their TBR lists for years, which is apparently anything by James Patterson or Nora Roberts. (Please see Publisher Statement No. 3, above.) Also: RIP Eric Carle, a national treasure.

Publisher: Book sales on Amazon were big in 2020! And so were sales on Bookshop.org!
Joe: No! Stop! Now you are blowing my mind! Is there some kind of Sherlock Holmes brain cereal you geniuses have been eating? Because I need to load up my pandemic pantry with truckloads of it!

Publisher: Two places where we saw a drop in sales: brick-and-mortar Barnes & Noble stores and indie bookstores.
Dr. Watson: Hold my beer, Mr d’Agnese. I do believe I might have deduced this one for myself!

Publisher: Social media is more important to book sales than previously noticed or acknowledged! People buy books they see on Instagram! Even if they don’t intend to read the book themselves, they buy it in order to show their support for a particular social media “influencer.” The actresss Amy Schumer shows a book to her 10.5 million Instagram followers, and everyone buys it!
Joe: Anthropologists pinpoint the decline of western civilization as 2021 CE, the date when major American publishers began actively cheerleading the purchasing of books that no one ever intends to read.

Publisher: In 2020 light readers grew their newfound interest, and appear to be maintaining that habit as the nation moves toward normalcy.
Joe (shouting): What’s that? I can’t hear you! The music at this Fully-Vaxxed-to-the-Maxx Party on the beach here in Fort Lauderdale is rocking the bejesus out of my eardrums! Talk to me in 2024, Chachi! Whoo-hoo!

Publisher: In the future, in-person author book tours will be reserved for bestselling authors only. All other authors will be doing Zoom tours.
Joe: Nothing to see here, folks. Move along, move along. 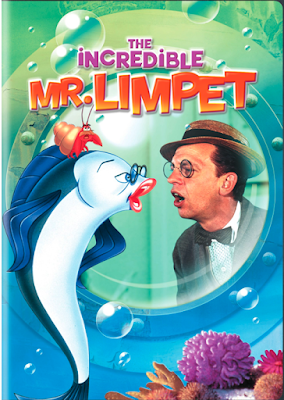 Mr. Limpet: currently reading...so America doesn't have to.
Publisher: It was hard to print books in 2020 because printers had to reduce staff due to Covid precautions. Also unreported in the media was the fact that the industry lost many shipping containers of books prior to or during the blocking of the Suez Canal. The containers were literally lost overboard.
Joe: Ah, but scientists did note an uptick in well-read porpoises and well-fed crustaceans, so all good!
* * *
PS: I’ve been experimenting with crazy new fonts. One example below. More to come.
See you in three weeks!
josephdagnese.com 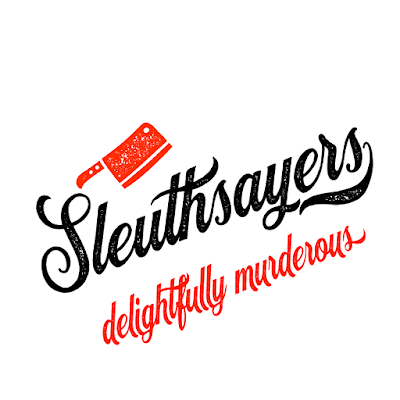