Why do we ‘boot’ computers?

At the risk of breaking toes, we’ve all wanted to boot a computer into the next county, but where did this start-up term ‘boot’ originate?

Boot is half of a compound word ‘bootstrap’, and that in turn derives from a children’s joke at least two centuries old.

“Consider the lowly boot,” as the walrus might say, along with ships and sealing wax, and cabbages and kings. (Yes, it’s going to be that kind of article.)

Well-fitted boots can be devilishly difficult to pull on and pull off, the latter sometimes a two-person job, as attested by many a cartoon of the era. In the Americas, cabins and houses in frontier times kept a ‘bootjack’ by the door, an angled board with a V-notch where one could wedge in the heel and lever off the boot off the foot, which raises the question of why boot and foot don’t rhyme. (I said it’s going to be that kind of article!) 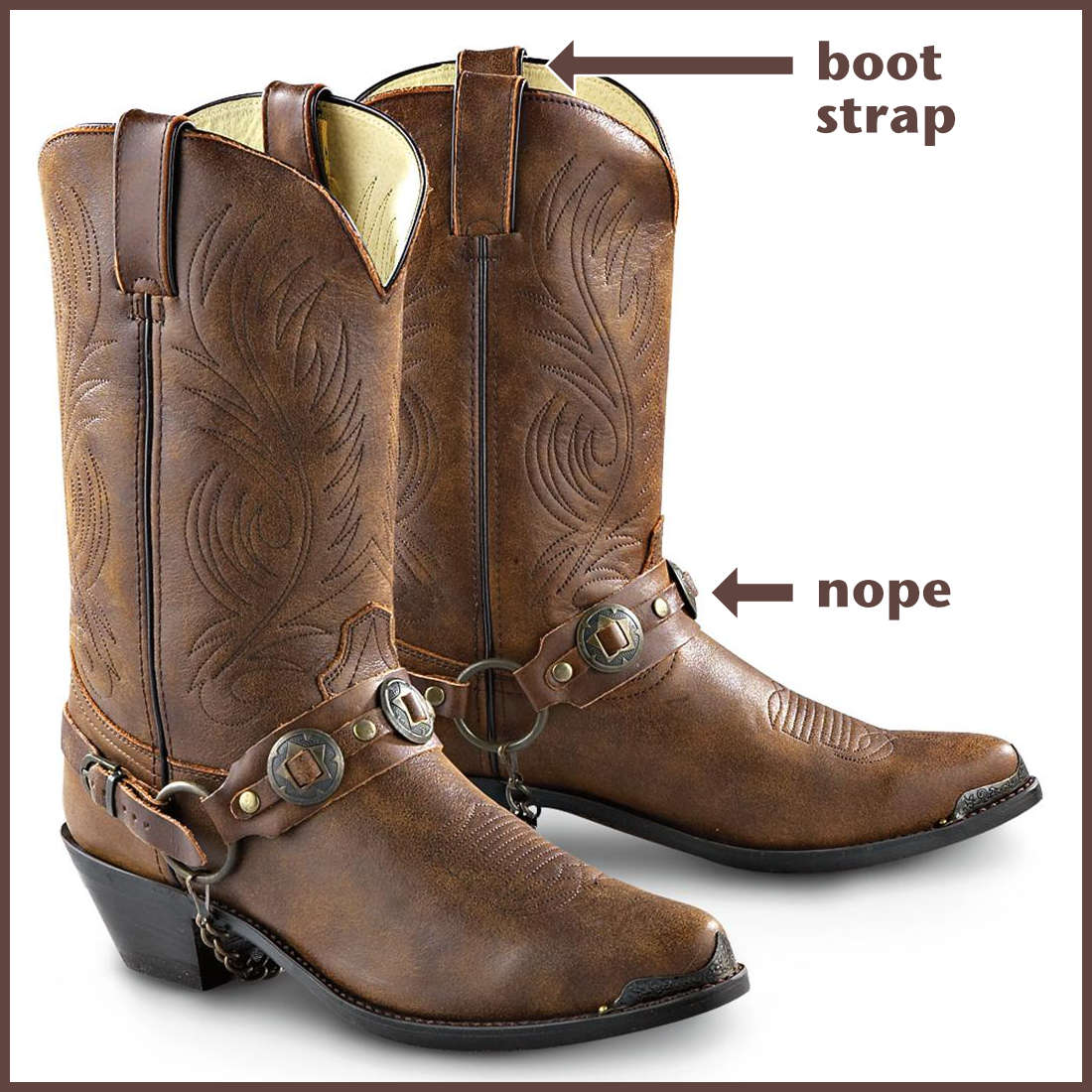 Riding boots, both Eastern and Western, feature tabs on either side for grasping and tugging them on. Work boots often sport a single strap at the back where one can hook a finger, although on many boots, the strip has shrunk to little more than a decorative spot to show off the shoemaker’s logo.

Therein lies the joke when a character in children’s stories needs to climb without a ladder or cross the sea without wetting the feet: said character might pull himself up by his bootstraps. This impossibility represents a perfect example of a figure of speech called an adynaton. (Yikes! Wandering off into that kind of article again.) 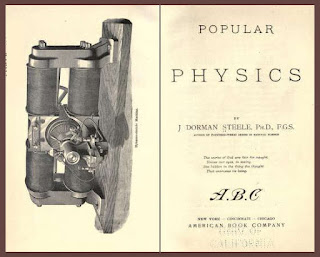 1834, The Workingman's Advocate:
“It is conjectured that Mr. Murphee will now be enabled to hand himself over the Cumberland river or a barn yard fence by the straps of his boots.”
1860, an unsourced comment on philosophy of mind:
“The attempt of the mind to analyze itself [is] an effort analogous to one who would lift himself by his own bootstraps.”
1888, Popular Physics; Steele, Joel Dorman (1836-1886):
“Why can not a man lift himself by pulling up on his boot-straps?”

By the early 1900s, the word acquired a Horatio Alger meaning. It referred to improving one’s station in life by their own initiative, that is, starting with nothing to build their fortune in America.

1918-1920, Ulysses, part XIV; Joyce, James (1882-1941):
“Ladies who like distinctive underclothing should, and every well-tailored man must, trying to make the gap wider between them by innuendo and give more of a genuine filip to acts of impropriety between the two, she unbuttoned his and then he untied her, mind the pin, whereas savages in the cannibal islands, say, at ninety degrees in the shade not caring a continental. However, reverting to the original, there were on the other hand others who had forced their way to the top from the lowest rung by the aid of their bootstraps. Sheer force of natural genius, that. With brains, sir.”
(Granted, I could have omitted the first two-thirds, but why miss the good parts for which the American publishers were imprisoned?)

What does any of this have to do with computers? The answer, grasshopper, is why your computer takes so long to start up.

When they’re turned on, must computers have less intelligence than planaria. Their sole mission at that point is to gobble up a piece of a program that gobbles up larger segment and perhaps yet another larger gulp until it begins to look and act like the computer we expect.

For many, many decades, most computers have worked pretty much this way:

At one time, IBM called this ‘IPL’ for initial program load. Other terms have co-existed, but ‘bootstrap’ became the term of choice, eventually shortened to simply ‘boot’, where it’s origins have been forgotten.

I can’t explain why at one time you had to click the Start button on a Windows machine to stop it, but now you know why you ‘boot’ it.

More than anything else, English betrays Germanic roots with its use of compound words. Ever wonder where hopscotch, cobweb, kidnap, scapegoat, doughnut, wedlock, honeymoon, hodgepodge, earmark, eggplant, hogwash, or piecemeal derived? Bah, humbug, you did wonder! Mental Floss Magazine editor Lucas Reilly can entertainingly tell you all about them.

In researching sources for the article, I came upon an unexpected recent reference from Representative Alexandria Ocasio-Cortez. I won’t address the divided politics, but she tweeted, “It’s a physical impossibility to lift yourself up by a bootstrap,” and followed up with remarks during a House committee meeting, “This metaphor of a bootstrap started as a joke because it is a physical impossibility.”

Thanks to Sharon for the Compound Words and AOC additions to the article.