by DoolinDalton
[The natives of the South American mainland prepare poisons] which, given in the smallest quantities, produce a very slow, but inevitable death, particularly a composition which resembles wheat-flour, which they sometimes use to revenge past injuries, that have been long neglected, and are thought forgotten. On these occasions they always feign an insensibility of the injury which they intend to revenge, and even repay it with services and acts of friendship, until they have destroyed all distrust and apprehension of danger in the victim of the vengeance. When this is effected, they meet at some festival, and engage him to drink with them, drinking first themselves to obviate suspicion, and afterwards secretly dropping the poison, ready concealed under their nails, which are usually long, into the drink.

—Edward Bancroft, An Essay on the Natural History of Guiana in South America

Two weeks ago I discussed the strange circumstances surrounding the career and sudden death of American diplomat and merchant Silas Deane. This time around I delve into the backstory of the man who may well have murdered him.

As I mentioned previously, Connecticut-born Edward Bancroft was briefly a student of Deane's a number of years before the American Revolution. Apprenticed by his step-father to a doctor, Bancroft rebelled by running away to sea. He wound up in Surinam (known at the time as "Dutch Guiana."), where he worked as a surgeon on the plantation of a British subject named Paul Wentworth (more on him later). 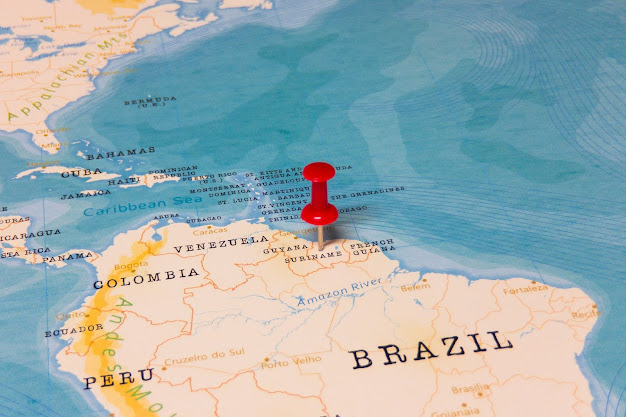 Bancroft quickly established himself as an expert on the local flora and fauna, and after a brief return to Connecticut to square things with his family, moved on to London where, at the age of twenty-five he published the above referenced book-length "essay," which dealt, among other things, with South American curiosities such as a completely new method of dyeing wool/cloth, and poisons such as curare, and in which he offered proof that the shock generated by a local variety of eel really was a result of a type of bioelectricity they generated.

This work quickly established Bancroft as a man of letters, and with his background studying electric eels, he soon made the acquaintance of, and became friends with, another American-born intellectual who was conducting experiments with electricity: Benjamin Franklin. Franklin had been living in London for nearly twenty years, ostensibly serving as the colonial agent of the Pennsylvania Assembly. It was Franklin who eventually recommended Bancroft to Deane as a possibly useful personal secretary when the Continental Congress sent Deane to France to negotiate a treaty of alliance with the French crown.

To Franklin Bancroft was the ideal choice: still living in London, he would be able to come and go between England and France without attracting the attention someone like the firebrand Thomas Paine (who was English-born) would. And he could likely be enticed to pass on what he could learn of British war plans to his employer, Silas Deane.

So that's what Deane did, asking Bancroft, whom he knew, but not especially well (not having seen him since 1758, the year Bancroft ran away to sea), to cross the Channel and meet him in the French port of Calais, ostensibly to reminisce over old times. When Bancroft returned to England, he had agreed to work for Deane, and, in turn, to spy for the Americans.

And once back in London, Bancroft then wasted no time getting in touch with his old friend and mentor Paul Wentworth, who had returned to England from South America, and was now working in some capacity for Britain's intelligence apparatus. And Wentworth, in turn, introduced Bancroft a couple of government department secretaries, who quickly struck a deal with Bancroft.

Bancroft would spy on Deane and the American delegation in Paris, and in return he would received an annual pension of £200 per year.

Bancroft and Lord Stormont, the British ambassador in Paris, quickly worked out a system whereby he would pass information about the American negotiations with the French over the question of a potential French entry into the war with Britain on the American side. Every Tuesday morning Bancroft would take a walk in Paris's famed Tuileries Gardens, and place a bottle containing information about the aforementioned negotiations in the hollow of a tree. One of the ambassador's aides would retrieve the bottle, while in turn passing along useless information that Bancroft could in turn pass along to the Americans.

And this went on for over a year. Although there were those among the American delegation who suspected Bancroft of being less than honest (and they included John Adams, who once wrote of Bancroft that he was, among a host of other sins, "a meddler in stocks as well as reviews, and frequently went into the alley, and into the deepest and darkest retirements and recesses of the brokers and jobbers...and found amusement as well, perhaps, as profit, by listening to all the news and anecdotes, true or false, that were then whispered or more boldly pronounced."), none of them apparently suspected him of selling them out to the British.

As I mentioned in our previous installment on Deane's death, Bancroft had a profound interest in this relationship with the British intelligence services not being found out, especially after the war, around the time that Deane intended sailing to America to rehabilitate his own reputation. Bancroft was still receiving his secret pension (which had subsequently been raised to £1,000 per year), and had applied for a potenially lucrative patent for dyeing wool and cloth using the techniques he'd learned in Surinam.

But, as laid out by historians James West Davidson and Mark Hamilton Lytle in their 1992 book After the Fact: The Art of Historical Detection, Bancroft and Deane also shared some unsavory secrets about Bancroft's time in Deane's employ:

It turned out Deane's arrangement worked well—perhaps a little too well. Legally, Deane was permitted to collect a commission on all the supplies he purchased for Congress, but he went beyond that. He and Bancroft used their official connections in France to conduct a highly profitable private trade of their own. Deane, for instance, sometimes sent ships from France without declaring whether they were loaded with private or public goods. This if the ships arrived safely, he would declare that the cargo was private, his own. But if the English navy captured the goods on the high seas, he labeled it government merchandise and the public absorbed the loss.

Deane used Bancroft to take advantage of his official position in other ways. Both men speculated in the London insurance markets, which were the eighteenth-century equivalent of gambling parlors. Anyone who wished could take out "insurance" against a particular event which might happen in the future. An insurer, for example, might quote odds on the chances of France going to war with England within the year. The insured would pay whatever premium he wished, say £1,000, and if France did go to war, and the odds had been five to one against it, the insured would receive £5,000. Wagers were made on almost any public event: which armies would win which battles, which politicians would fall from power, and even on whether a particular lord would die before the year was out.

Obviously, someone who had access to inside information—someone who knew in advance, for instance, that France was going to war with England could win a fortune. That was exactly what Bancroft and Deane decided to do. Deane was in charge of concluding the French alliance, and he knew that if he succeeded Britain would be forced to declare war on France. Bancroft hurried across to London as soon as the treaty had been concluded and took out the proper insurance before the news went public. The profits shared by the two men from this and other similar ventures amounted to approximately £10,000. Like most gamblers, however, Deane also lost wagers. In the end he netted little for his troubles.

So Bancroft, angling for a patent that could well be the foundation of a fortune, had to be worried that his speculation on "sure things" alongside Deane would come to light at precisely the right time to sink his patent application. Such behavior was ungentlemanly, and Bancroft, as Adams had said, carried the stench of someone who hung out with unsavory back-alley money men.

On top of this, Bancroft had already been forced to flee to France once before to escape hanging in the years since he'd worked for Deane. Many in the British government did not trust him, with his having publicly worked for one of the Americans negotiating with France, and this included King George III himself.

So while Bancroft was outwardly prosperous and seemingly headed for more wealth and fame at the time of Deane's return to London en route to America in September of 1789, he had plenty to lose, should Deane open his mouth about their adventures in insider trading in the run-up to the Franco-American alliance of 1777.

And Bancroft knew how to use curare.

While we'll never know for sure whether Bancroft had a hand in Deane's sudden death, there is plenty to consider in the case that can be made against him.

Posted by DoolinDalton at 02:10