Going to Work in Shorts 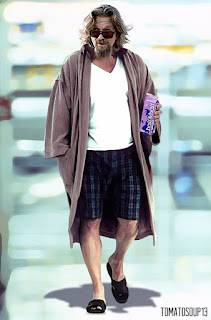 Okay, not that kind of shorts.

I write, and have written, lots of different things. Articles, poems, essays, technical manuals, even some unpublished/unproduced novels and screenplays. But what I most like to write are short stories. Shorts of all lengths, as long as they're under 20,000 words: flash, short, vignette, novelette, novella, whatever. My published stories have run between 26 words and 18K words, so there's a lot of leeway. (And here's one of those for-what-it's-worth newsflashes: I've made far more money from the under-1000 word stories than from the longer ones. What was that song lyric from the '60s? "I like short shorts.")

The thing is, I'm not alone in choosing to write short instead of long. I'm sure I'm missing someone here, but I know that my friends R.T. Lawton, Barb Goffman, Joseph S. Walker, Michael Bracken, Sandra Murphy, Josh Pachter, Herschel Cozine, Art Taylor, Eve Fisher, Robert Lopresti, and Stephen D. Rogers write shorts exclusively, at least for now and for the immediate future. I think I can speak for all of them in saying we don't feel we're missing out on anything by focusing on short stories instead of novels. For me, they're just more fun to write.

Since I know "it's more fun" probably doesn't sound like a good enough reason by itself--though it actually is--here are some other things that I believe are advantages to writing short fiction:

1. A sense of completion. I can usually dream up, write, edit, and finish a short story in a matter of a few days, certainly no more than a couple of weeks. That allows me to concentrate on a single plot and a specific group of characters for a fairly short while, and then I'm done with that plot and those people and that setting. I can write THE END, and the next day I can start working on an entirely different story, maybe even in a different genre. That flexibility gives me a great feeling of freedom and satisfaction.

2. Time savings. Most novels take several months and sometimes several years to finish. Most short stories take several weeks at the most. And although I suppose this isn't exactly positive thinking, if your novel turns out to be a real stinker, you might've just wasted a LOT of time. If your short story turns out smelling like a pig sty, you've only wasted a few days or weeks. Besides, I have a tendency to get bored with my characters if I live with them too long--but for a week or two we get along just fine.

3. Resalability. Yes, I know that's not a real word--but maybe it should be. My point is, short stories, unlike novels, can be sold over and over again, so long as the market is receptive to previously published work. Reprints seldom pay as much as original stories, but sometimes they do, and besides, who's complaining?--these are stories that have already been written and published once, and maybe many times, so the work's already done. (NOTE: One instance where reprints almost always pay well is when they're selected for annual best-of anthologies. If that's not icing on the cake, I don't know what is.)

4. Practice. Writing with the tightness and economy of language required for a short story is great experience and training for other kinds of writing, whether it's fiction or non-. Also, a resume of a lot of short stories published in respected magazines or anthologies can possibly help you to later find, if that's what you want, an agent or a publisher or other writing opportunities.

5. No agent needed. If you already have a literary agent for longer work, he or she can sometimes be handy in finding short-story markets as well, and is especially helpful in the case of foreign or film deals. But if you don't already have an agent, no worries. You don't really need one, for short stories. They probably won't want to sign you anyway, if you're writing shorts exclusively.

Another thing about short stories, though I'm not sure it would qualify as an advantage, is that the middle of a short story is, well, short. Middles, you see, are hard for me. As an outliner, I like beginnings and endings--I think they're fun to plan and write. Middles, not so much. And loooooooong middles, which is always the case with a novel, are even less fun. I guess what I'm trying to say is, I find short stories more manageable and therefore easier and more enjoyable to write, from start to finish.

NOTE: This probably goes without saying, but I happen to enjoy reading novels, and I suspect that all the short-story folks I listed above do, too. I also admire the talent it takes to write good novels. I've just found shorts to be a better fit for me. 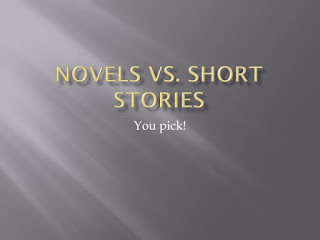 Now, what's the downside of writing only short stories? I can think of only one: as a short-story writer you will probably not become famous or make a zillion bucks from your writing. But here's another newsflash: neither will most novelists.

The truth is, we write because we want to, or--as I heard someone say once--because we can't not write. I think it's great fun to create these characters and situations out of thin air and to fiddle around with them until they're polished and logical and ready to send out into the world. If I'm then fortunate enough for an editor and eventual readers to like the story also--well, so much the better. And to know that I can repeat that process and that thrill again and again and again . . . yes, that's fun.

Who wouldn't want to go to work every day in shorts? It just feels good.