It's a crime about Covid.  (Ha! I knew I could make this a crime column.)  But truly, The News is so completely obsessed with Covid, that other world events are hardly getting a glance. 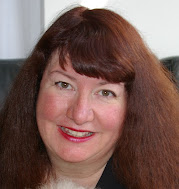 For instance, I bet you didn't know that during the Trump reign, a near rebellion took place mere hours north of Toronto.  Sure, this didn't have the scope of the January 6 attack on the White House.  But we do things a little smaller in Canada.  And perhaps with a certain style.  And then, there's our high-school-good-looks Prime Minister, who may or may not have a stream of PR bungles behind him.

So in the interests of fair play (because we always feel a little second fiddle to you Yanks) here's my take on how this might have gone down in the True North.  (Yes, this event actually happened.  Mine is simply a creative nonfiction play by play.  Apologies in advance for any in-jokes.  Heck, for the whole thing.)

The Independent State of Penetang

"This is weird," says Mark, flipping through screens.

"It says here that Penetang has declared independence."

The other civil servant head looks up.  "Where is that?  In Africa?"

"Northern Ontario.  Somewhere north of Orillia, I think.  Or maybe Parry Sound.  I'm looking it up."

The older man frowns.  "You mean the county of Penetang?"

"Seems like it.  They've blocked the roads, it says here.  Just a sec."  He scrolls further.  "They're using tractors and farm equipment.  And cows."

A gasp.  "They're sacrificing cows?"

"Merde.  We need to inform the Prime Minister."

"This is Mandy Flambeau, reporting from rebellion headquarters, at the Puckyew community hockey rink in downtown Penetang.  It's sort of quiet here, Len.  Maybe they're all out on the protest lines?  Oh wait -- I see somebody!  Sir, sir...over here.  Can you tell us what this rebellion is really about?"

"Taxes. Sick an' tired of those federal freeloaders takin' our taxes and spending them in the city.  Want our tax money spent here.  Not on subways and free daycare for city folk."

Gasp.  "Daycare? You're against daycare?"

"You see any kids around here?  No young people in Penetang anymore.  No jobs for them.  Only seniors now."

"So you want free daycare for seniors?"

"Mr. Prime Minister, we have a situation."

"This is local, sir.  I need to brief you on the rebellion in Penetang.  PETA have moved in.  Because of the cows."

"The rebels in Penetang have blocked the roads with cows.  And now PETA has established protest lines to protect the animals."

"Hmmm... Are you thinking what I'm thinking?"

"Sir, I think we have an opportunity here."

"A photo op?  Oh goodie!  What do they wear in Penetang?"

"Awesome.  Get Holt Renfrew and Nordstrom on the line.  We want these Canadian made."

"Yes sir.  Will you be leaving immediately?"

"I'm texting Sophie and the kids.  Maybe we can make a vacation out of it.  Does the Aga Khan have a place up there?"

Mark puts down the phone.  "Is it even possible to charge cows with sedition?"

The other civil servant head looks up.  "Mark, are you from farm country?"

"There may be a fault in their plan.  The cows."

"They're Jerseys.  They'll simply go home at five to be milked."

Melodie Campbell knows a thing or two about sedition-er-cows.  She also gets paid to write very silly comedy for unsuspecting publishers.  You can find The Goddaughter series at all the usual suspects.

Posted by Melodie Campbell at 00:33