by DoolinDalton
In 1936 a sales clerk named Beryle Shinn blew a tire while driving in the north end of San Francisco Bay, not far from the prison at San Quentin. Shinn, a decidedly "free spirit," decided not to waste a sunny afternoon changing a flat. So instead, he hiked to the top of a nearby hill, and stumbled across a most unusual cast-off: a square brass plate with a hole punched in the lower right hand quarter, and covered in peculiar writing.
Thinking he might find a use for it, Shinn took the plate home with him, where it languished in his garage for several months until he decided the writing on it might mean it was valuable. So in February of 1937 he took it down the road to the University of California, in Berkeley, on the advice of a friend who had been a student there.
Shinn wound up in the office of Herbert E. Bolton; director of Berkeley's Bancroft Library, who also held the Sather Chair in American history, and was a leading expert on the history of early California. Bolton deciphered the writing on the plate, and became visibly excited.
Bolton offered to purchase the plate from the bemused Shinn on behalf of the university. When Shinn agreed, Bolton informed Shinn that he had brought him an artifact of singular historical value, and insisted on settling on him the princely sum of $2,000 (Nearly $38,000 in inflation-adjusted 2021 dollars). The university board of regents approved the purchase based on Bolton's expert recommendation. (Interviewed decades later Shinn spoke of how grateful he was to Bolton. The two grand he got for the plate allowed him to buy a house and propose to his sweetheart.).
And just like that, the University of California acquired the legendary Drake's Plate.
In 1579 English privateer and explorer Sir Francis Drake became the first Englishman to captain a ship into the Pacific Ocean. In his ship The Golden Hind, he navigated the treacherous southern passage through the Tierra del Fuego at the southern tip of South America, ostensibly on a voyage of exploration, on orders from Queen Elizabeth of England herself.
Of course the voyage was a thinly-disguised excuse to prey upon Spanish shipping, and Drake captured and looted a number of Spanish vessels while working his way up the western coasts of first South American and then North America. It is widely believed that one of his final landfalls before heading west across the Pacific toward Asia was at the bay which still bears his name, just north of San Francisco Bay.
Upon making landfall at Drake's Bay, Drake claimed the land in his monarch's name, and dubbed it "New Albion." To commemorate the event, so the story went, Drake had made a solid brass plate, with an English sixpence embedded in it as proof that the plate's creators were English. Then he had the plate mounted somewhere along the coastline of Drake's Bay, and sailed off, eventually circumnavigating the globe and returning to England fabulously wealthy (and with a hefty share for the queen herself, as well, of course.).
Bolton, a scrupulously honest, hard-working and prolific historian, was intimately familiar with the legend of Drake's Plate. The long lost artifact was a well-known obsession of his. For decades he had admonished undergraduates with weekend or vacation plans including trips to the region of Drake's Bay to keep their eyes peeled for Drake's Plate. (It is possible that one of Shinn's neighbors, a former student of Bolton's was the one who eventually steered him in Bolton's direction).
Upon deciphering the writing on the heavily weathered plate Bolton became more certain that it was authentic.It was at this point he began negotiating with Shinn to purchase it on the university's behalf. Electroplating testing conducted on the plate helped convince Bolton that it was the genuine article.
The inscription reads:

BEE IT KNOWNE VNTO ALL MEN BY THESE PRESENTS.
IVNE.17.1579
BY THE GRACE OF GOD AND IN THE NAME OF HERR
MAIESTY QVEEN ELIZABETH OF ENGLAND AND HERR
SVCCESSORS FOREVER, I TAKE POSSESSION OF THIS
KINGDOME WHOSE KING AND PEOPLE FREELY RESIGNE
THEIR RIGHT AND TITLE IN THE WHOLE LAND VNTO HERR
MAIESTIEES KEEPEING. NOW NAMED BY ME AN TO BEE
KNOWNE V(N) TO ALL MEN AS NOVA ALBION.
G. FRANCIS DRAKE
But if Drake had left the plate somewhere along the bay near Pt. Reyes, how had it made its way nearly thirty miles to the east to that hill overlooking San Quentin? That remained a mystery during Bolton's lifetime.
It has since come to light that the plate was originally discovered near Drake's Bay by a chauffeur named William Caldeira. Caldeira later discarded somewhere along the road near San Raphael, and somehow it made its way from there another ten or so miles to the hilltop near San Quentin.
Which brings us to the question: "Is the Drake Plate genuine?"
Of course not.
The plate is the product of an elaborate hoax perpetrated by several members of "E. Clampus Vitus," a “historical drinking society or a drinking historical society,” of which Bolton himself was a member. Light-heartedly dedicating themselves to "the erection of historical plaques, the protection of widows and orphans, especially the widows, and having a grand time while accomplishing these purposes," the "Clampers," as they dubbed themselves, included many prominent California residents, and were infamous for the practical jokes their members played upon each other.
Keenly aware of Bolton's obsession with the Drake Plate, Several of his fellow "Clampers," including such prominent historians as George Ezra Dane, Carl Irving Wheat and George H. Barron, former curator of American history at San Francisco's famous De Young Museum, decided in 1933 to play a joke on Bolton.
The hoax was originally Dane's idea, and he quickly recruited several of his fellow Clampers to assist with the prank. With the possible exception of Barron (who, it was later reported, secretly nursed a grudge against Bolton for supposedly being instrumental in Barron's eventual dismissal from his position at the De Young), the intent of the Clampers involved in the hoax seems to have been to have a bit of innocent fun pranking a friend. Either way, things got out of hand.
They bought a piece of brass at a San Francisco shipyard, and one of them tapped the words of the inscription into the plate with a cold chisel. But they also left hints that the plate was a fraud: the group's initials, "E.C.V." painted on the back in paint that would only be visible under ultraviolet light. George Clark," the "chisler" of the inscription, even added his initials to it. Bolton took the "G.C." to stand for "Captain General," a rank which did not exist in Elizabethan England.
Then the Clampers planted the plate out near Drake's Bay and waited for it to be found. When it turned up in Bolton's office nearly four years later, with Bolton believing it to be the genuine article, the members of the group realized the joke had gone too far.
But rather than come forward and potentially publicly embarrass their friend Bolton, the Clampers anonymously joined the ranks of those who challenged the plate's authenticity. They even "satirically" wrote an article hypothesizing how the plate could have been faked in precisely the manner in which it actually was. They faked another plate, this one clearly a forgery, with a satirical verse, poking fun at the authenticity of the original, inscribed instead of a supposed proclamation by Drake.
Nothing worked. Bolton was undeterred by any of the criticism of his analysis, and died in 1953 still believing the plate Shinn brought him was genuine. And apparently none of the Clampers who were in on the joke had either the nerve or the heart to come forward blow the whole thing up. They all also eventually took the secret of their prank gone horribly wrong to their respective graves (Dane, the mastermind of the entire prank, wound up dead of a gunshot wound in Golden Gate Park, just a few years later, in 1940, aged just 36).
The plate itself resided on public display in the Bancroft Library for decades, even as the doubts as to its authenticity lingered in academic circles. Eventually, with the 400th anniversary of Drake's voyage looming, the plate was tested again, using new technology, and was proven to have been rolled- a modern process, rather than hammered, as would have been the case had it been forged in the 16th century.
It was not until 2002 that the secret notes of one of the members of E. Clampus Vitus kept about the perpetration of the hoax were discovered (in, where else? The Bancroft Library!), that the Clampers's connection to the whole affair actually came to light. A group of historians published their findings based on researching the notes in California History in 2003. They announced those findings at a press conference in a room at the Bancroft, where the fake Drake Plate was still on display, under glass.
And yet many historians still believe in the existence of the genuine plate, and that Drake left in the bay which bears his name. And it continues to be the subject of intense speculation in academic circles to this very day.
As one of the co-authors of the 2003 article, marine historian Edward P. Von der Porten, noted at the time: "There is still a plate of brass out there."
And on that note: Happy April Fools Day!
See you in two weeks! 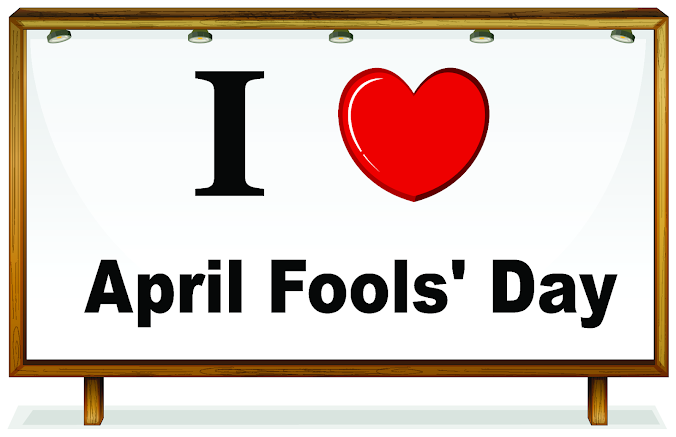 Posted by DoolinDalton at 04:23