While the cities were thus being taken, Aristagoras the Milesian, being, as he proved in this instance, not of very distinguished courage, since after having disturbed Ionia and made preparation of great matters he counseled running away when he saw these things (moreover it had become clear to him that it was impossible to overcome King Darius)...

How’s this for cynical: yesterday’s tyrants becoming today’s liberty-loving embracers of democracy?  We’ve seen a lot of this during the modern era; Boris Yeltsin in Russia for example, rejecting communism out of convenience rather than out of conviction, and being catapulted to power as a result. 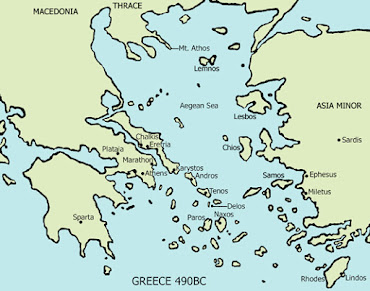 But it’s hardly a new story.

Take Aristagoras, Persian-appointed tyrant of the semi-independent Ionian Greek city-state of Miletus, the guy whose push for home-grown democracy touched off the so-called “Ionian Revolt” of the Greek city-states along the coast of western Asia Minor (modern Turkey) in 499 B.C.; a conflict that led to the loss of thousands of lives, and served as the precipitating event in a wider conflict between the Greeks and the Persians over the two centuries that followed.

Aristagoras owed his position as tyrant to his father-in-law, Histiaeus.  Histiaeus had been tyrant before him, and had done his job so well that the Persian great king Darius appointed him to his own governing council.  When Histiaeus went east to the royal court at Persepolis, he recommended Aristagoras succeeded him.  Later, when Aristagoras was attempting to foment revolt among the Greek cities of Asia, Histiaeus secretly helped him, hoping that a rebellion led  by his son-in-law would lead to his own being appointed to re-take the city and re-establish himself as Miletus’ tyrant.

Hardly a born-and-bred defender of personal liberty, Aristagoras’ opportunism was born of the most instinctive of human impulses; self-preservation.  Here’s how it happened.

The Proposal & The Vig

Shortly after he’d become tyrant of Miletus, Aristagoras had been tapped to help the empire pick up some new real estate in the form of the Greek island of Naxos, a strategically placed island in the middle of the Aegean Sea.  In exchange for helping with this, Aristagoras was to receive a large portion of the anticipated loot to be taken when the island fell.

In anticipation of this, Aristagoras took out a large cash loan from the local Persian satrap (governor) in western Asia, in the city of Sardis.  With this money he hired mercenary soldiers and ships to help with the conquest.

The only problem was that Aristagoras got into a major personal feud with the Persian admiral set to lead the expedition which became so ugly that the guy scotched the whole deal by secretly warning the Naxians of an invasion on the way.  Not surprisingly, the whole venture failed.

But, in a set-up that 20th century mafia bosses would admire, Aristagoras was still on the hook to the Persians for the money he’d borrowed, regardless of the success or failure of the invasion.  Desperate to save his own skin, Aristagoras set about quietly stirring a rebellion in Miletus and the neighboring cities, inviting such mainland Greek cities as Sparta and Athens to help their cousins across the Aegean Sea. 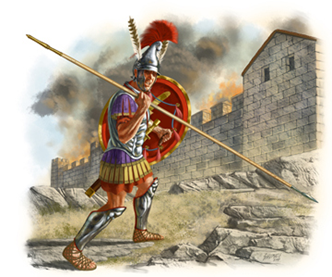 The Spartans not surprisingly refused (it was too far from home for these xenophobes).  But the Persian king had just succeeded in really pissing off the Athenians by baldly interfering in their internal politics and insisting that they take back the tyrant (Hippias) they had given the boot (with Spartan help) a decade previously.  So they agreed to send a fleet of ships to help.

And with that the Ionian Revolt was born.  The immediate result?  Sardis, the western-most provincial capital in the Persian Empire (and home-base of the satrap who had strong-armed Aristagoras in the first place) was sacked and burned by the Greek rebels.  The Athenians, horrified by the wanton destruction of the ancient city (and the Persians' western capital), withdrew their forces and went home.

The longer-term results: After a five-year-long campaign and the investment of much, time, effort, blood and money, the Persians crushed the Ionian rebels at the battle of Lade. Then they spent the next year picking off the Ionian cities one by one. By 494 BC, all of the Greek cities of the Ionian coast were back under the Persian yoke. 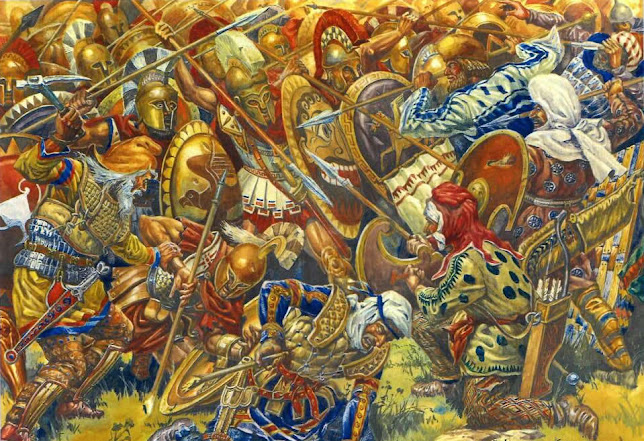 The resulting conflict would rock the ancient world. All of the Greek cities on the Greek mainland, on the islands, and even along the Ionian coast, were drawn in. On both sides of the Greco-Persian struggle. And by the time it was over, in 479 BC, the unthinkable had happened: Persia had lost, thousands of her soldiers slaughtered, hundreds of ships sunk or captured, millions in treasure spent. All to upstart barbarians clinging to the western edge of the known world.

And Aristagoras?  Still fearing for his own skin, he relocated to Thrace, where he tried to establish a colony from which to continue the war against Persia, and was killed trying to strong-arm the locals (see how this sort of thing just keeps running downhill?). 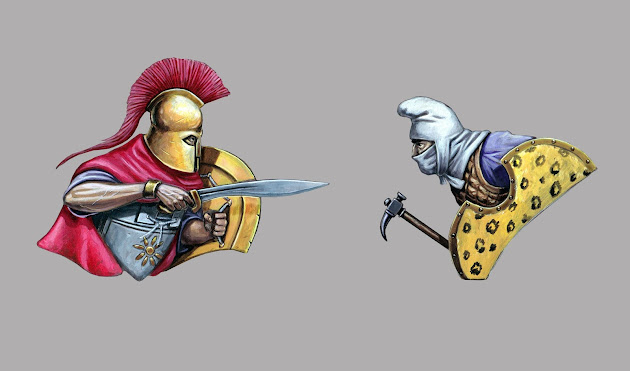 Posted by DoolinDalton at 02:13