Killing Dreams One Rejection at a Time

At the time I wrote “Rejected!” in 2018, I had received 2,552 rejections. I have no idea how many more I’ve added since then, and I don’t feel brave enough to count them.

Because I now edit Black Cat Mystery Magazine for Wildside Press and various anthologies for Down & Out Books, I’ve lately been sending far more rejections than I’ve been receiving. Along the way, my attitude toward rejection has changed. I once viewed rejection as evidence of editors’ inability to recognize genius. Now I realize how small a role one’s writing ability plays in rejection.

As I write this, the end of the submission period for Black Cat Mystery Magazine Presents Cozies—a special themed issue that follows up on last year’s private eye-themed issue—is four days in the past. I received 160 submissions and will accept approximately 10 for inclusion in the issue. As I did with the private eye issue, I may accept a few additional stories for use in non-themed issues.

Of the 160 submissions, I held 60 stories for a second reading, which means 100 have already been returned to writers. Some of these were great stories, as evidenced by their acceptance elsewhere.

There are many reasons stories didn’t make the first cut and others may not survive the second cut. Among the reasons:

Not following guidelines. I was seeking a specific subset of cozy stories, as specified in the guidelines, and I received several stories that did not fit that specific subset. Additionally, BCMM has guidelines—likes and dislikes—that apply to all submissions, and some submissions did not take those guidelines into account.

Theatrical settings. Many of the submissions had a theatrical setting, which made me think—right or wrong—that I was seeing all the stories that didn’t make the cut for Malice Domestic 15: Mystery Most Theatrical (Wildside Press, 2020). Because so many stories shared the same setting, few of them stood out.

Weird Formatting. Past experience has proven that a writer unfamiliar with the fundamentals of Microsoft Word is going to be difficult to work with. To be accepted, a manuscript with weird or inconsistent formatting must be so good that I’m willing to risk the pain I will suffer when I prepare it for publication.

All the Usual Reasons. Spelling, punctuation, and grammar are important.

The 60 stories I’m holding for a second reading have survived the initial cut. How do I decide which will make the final cut and which won’t?

I wish there were a magic formula, but there isn’t. There are, however, three key elements that play a role in the next round of cuts:

Amount of work required. The less work required to prepare a manuscript for publication, the better its odds of acceptance.

Editorial taste. This is the purely subjective element of editing. Every editor has likes and dislikes that play a role in decision-making. They are not always obvious, even to the editor.

I remember what it was like as a new writer, sending my submissions into the void and hoping that someone, somewhere would publish something I wrote. I remember how much I appreciated the personal notes I sometimes received with my rejections, and I wondered why every editor didn’t take the time to do the same.

I now know why. There just isn’t enough time in the day to send a personalized response to every submission.

If there’s a lesson here, it’s that editors aren’t trying to kill your dreams.

So, don’t let rejection stop you. Learn whatever you can from a rejection—whether it’s a form letter or a detailed personal response—and move forward.

Send your story to another market. Then write a new story and send it out.

It may be a cliche, but every rejection puts you one step closer to an acceptance. And once you have an acceptance, you’ll know that dream killers like me didn’t win. 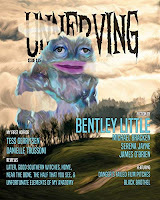