From Alice to Zorro

As writers, we often talk about titles and how important they are to our stories and novels. I try hard to pick exactly the right title for what I create--all writers do--and I've occasionally used the name of a character in the title, or as the title, of a story. Sometimes that's intentional from the get-go, and sometimes it's something I decide on during the writing process.

For anyone who's interested (listen up, both of you) here are some of those character-name titles to stories that I've published or that have been accepted and are upcoming:

and the following is a list of some of my story titles that are character-name possessives. (In going through my records, I was surprised to find how many times I've done that.)

But, as Leslie Nielsen said in Airplane, that's not important right now. (And don't call me Shirley.) What is important, at least in today's column, is TV shows that used character names as their titles.

I'll build up a little to the finale. First, TV series titles that are full (two-word) names. Some of these bring back good memories for me: 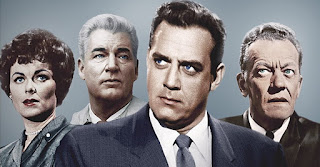 Next are character-name titles that apparently required a little explanation afterward:

Next, titles that are combinations of names. The ones I could recall were either comedies or crime/drama series, and--here's what's interesting--the comedies always used first names and the dramas used last names. Here are a few:

And finally (drumroll . . .), one-word character titles. The more I thought about it, the more of them I remembered, and I was stunned at how many of those successful shows there were (and are). Remember these TV series?

Alice -- Linda Lavin starred as Alice Hyatt, a waitress at an Arizona diner. Based on the 1970s movie Alice Doesn't Live Here Anymore.

Angie -- Angie Falco (Donna Pescow) was a blue-collar coffeeshop waitress in love with a pediatrician.

Baretta -- Tony Baretta (Robert Blake) was a police detective who lived with his cockatoo (Fred).

Becker -- Dr. John Becker (Ted Danson) was a Bronx physician with little patience for his patients.

Benson -- Benson DuBois (Robert Guillaume) was the head butler for a widowed governor. A spinoff of the series Soap.

Bosch -- Harry Bosch (Titus Welliver) was an LAPD detective from the novels of Michael Connelly.

Castle -- Richard Castle (Nathan Fillion) was a mystery novelist who teamed up with an NYPD homicide detective to solve crimes.

Coach -- Hayden Fox (Craig T. Nelson) was head coach of a Minnesota college football team. (This was NOT a spinoff from Cheers.)

Cybill -- Cybill Sheridan (Cybill Shepherd) was a struggling/aspiring actress in her forties.

Delvecchio -- Dominick Delvecchio (Judd Hirsch) was yet another LAPD detective, studying to be a lawyer.

Eischied -- Earl Eischied (Joe Don Baker) was a tough, southern NYPD Chief of Detectives. Inspired by the EXCELLENT miniseries To Kill a Cop.

Flo -- Florence Castleberry (Polly Holliday) was a former waitress and proprietor of a roadhouse in Fort Worth. A spinoff from the series Alice.

Frasier -- Frasier Crane (Kelsey Grammer) was a Seattle psychiatrist who probably needed one of his own. A spinoff from Cheers, and one of the best sitcoms ever filmed.

Galavant -- Sir Gary Galavant (Joshua Sasse) was a knight in a musical fantasy comedy series that ran for two seasons.

Grindl -- Grindl (Imogene Coca) was a maid for a temporary employment agency.

Hannibal -- Dr. Hannibal Lecter (Mads Mikkelson) was a forensic psychiatrist who sometimes ate his patients, and others. Based on Thomas Harris's novels.

Hazel -- Hazel Burke (Shirley Booth) was a live-in maid for the Baxter family.

Hondo -- Hondo Lane (Ralph Taeger) was a former Confederate officer who moved west, and didn't last long on TV. Inspired by the John Wayne movie of the same name. 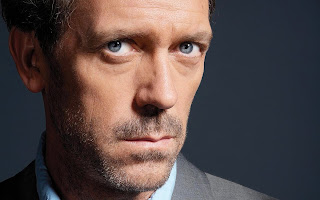 Joey -- Joey Tribbiani (Matt LeBlanc) was a struggling, and eventually famous, actor in L.A. A spinoff from Friends.

Julia --  Julia Baker (Diahann Carroll) was a nurse in a doctor's office at an aerospace company.

Longmire -- Walt Longmire (Robert Taylor) was the sheriff of a fictional county in modern-day Wyoming. Based on the novels of Craig Johnson.

Lucifer --  Lucifer Morningstar (Tom Ellis) was the Devil, who relocated from hell to L.A. to run a nightclub and (get this) do consulting work for the LAPD.

Madigan -- Dan Madigan (Richard Widmark) was a veteran police sergeant in New York. Based on the movie of the same name.

Markham -- Roy Markham (Ray Milland) was a globetrotting private eye and attorney based in New York.

Matlock -- Ben Matlock (Andy Griffith) was a folksy attorney and sort of a southern version of Perry Mason.

Maude -- Maude Findlay (Bea Arthur) was a brash, outspoken woman who lived with her husband in Westchester County, New York.

Maverick -- Bret Maverick (James Garner) was a traveling and carefree gambler in the Old West. 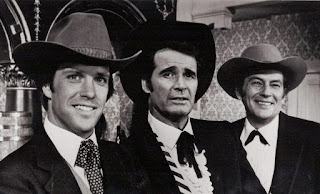 McCloud -- Sam McCloud (Dennis Weaver) was a deputy marshal from Taos, New Mexico, on loan to the NYPD. Inspired by the Clint Eastwood movie Coogan's Bluff.

Monk -- Adrian Monk (Tony Shalhoub) was a private detective and consultant who struggled with OCD.

Newhart -- Dick Loudon (Bob Newhart) was an innkeeper in a small Vermont town. This series's final scene of its final episode is probably the best and most surprising I've ever watched.

Nikita -- Nikita Mears (Maggie Q) was an escapee from a secret government organization who was determined to destroy it. Based on the French movie Le Femme Nikita.

Petrocelli -- Tony Petrocelli (Barry Newman) was an Italian-American lawyer in the desert Southwest.

Phyllis -- Phyllis Lindstrom (Cloris Leachman) was a quirky widow who moved to San Francisco with her daughter. A spinoff from The Mary Tyler Moore Show.

Poirot -- Hercule Poirot (David Suchet) was a British detective and former Belgian policeman based in London. Inspired by the Agatha Christie novels.

Rhoda -- Rhoda Morganstern (Valerie Harper) was a young woman who moved from Minneapolis to New York City. Another spinoff from The Mary Tyler Moore Show.

Roseanne -- Roseanne Conner (Roseanne Barr) was the wife and mother in a working-class family in Illinois.

Seinfeld -- Jerry Seinfeld was a fictional version of himself, in an apartment on Manhattan's Upper West Side.

Serpico -- Frank Serpico (David Birney) was an NYPD detective who fought police corruption. Based on the Al Pacino movie of the same name.

Shaft -- John Shaft (Richard Roundtree) was a classy, suave New York City detective whose series ran for only a few episodes. Based on the far more successful movie.

Shane -- Shane (David Carradine) was a former gunfighter who worked as a hired hand for a rancher's widow and her son. Like Hondo, this Western series was based on a movie of the same name.

Sherlock -- Sherlock Holmes (Benedict Cumberbatch) was . . . well, you know who he was. Based on the Conan Doyle novels.

Sugarfoot -- Tom "Sugarfoot" Brewster (Will Hutchings) was an Easterner who came west to become a lawyer.

Tarzan -- Tarzan (Ron Ely) was the well-educated Englishman who liked to run through the jungle and yodel.

Tenafly -- Harry Tenafly (James McEachin) was a former cop who left the force to become a detective for a private corporation, and was unusual in that he was a happy, middle-class family man.

Toma -- Dave Toma (Tony Musante) was a real-life detective and master of disguise.

Topper -- Cosmo Topper (Leo G. Carroll) was an L.A. bank vice-president who lived in a home occupied by the ghosts of its former residents.

Webster -- Webster Long (Emmanuel Lewis) was a five-year-old African American orphan adopted by a former NFL star and his wife. 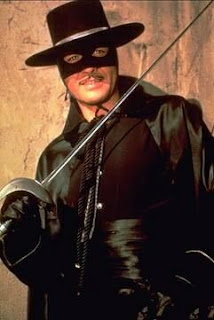 I suppose the lesson here, if there is one, is that if you create a fictional series, certainly for TV, maybe those one-word-character titles are the way to go. Even Lassie and Flipper and Fury, one-word non-human character titles, worked pretty well. I also found it interesting that almost half of the titles in this section were of mystery/crime shows.

I'm well aware that I've left out a lot of titles. Feel free to let me know about them, in the comments section--and about any character-name story or novel titles of your own. Do you think doing this is a good practice, or sort of an easy way to solve the choosing-a-title problem?

Anyhow, that's that. See you in two weeks.