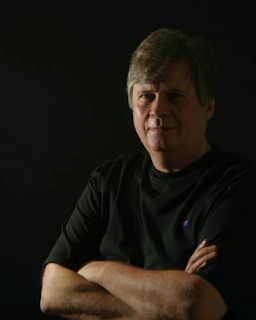 My friend/editor Sharon sent me an article titled ’43 Embarrassing Grammar Mistakes Even Smart People Make’. I’ve become complacent about these lists– Velma says smug. Most of the usual suspects were there, but to my surprise, I found a couple I hadn’t given thought to.

One was the word unthaw. I’ve heard others use it without setting off my grammar alarm. I don’t think I’ve used it, but now it’s on my radar. To unthaw literally means to freeze. Yikes!

I’ve long been nonplussed and dismayed and, yes, gobsmacked that the Oxford English Dictionary insists that silly Americans misuse ‘nonplussed’ (surprised) to mean its opposite (unperturbed). In my unscientific polls amongst uneducated citizenry, I’ve met only one person who hit upon the wrong meaning, but admitted he didn’t actually know what the word meant. Chew on that, OED!

I attended a Latin school where rhetoric, logic, and debate were taught. One of the trickier concepts to master was ‘beg the question’, which assumes an assertion as fact without laying the foundation for it. I’ve notice more commentators and newscasters using ‘beg the question’ to mean ‘ask the question’, including the acme of academia, the world-renown BBC. Recalling my schoolhood efforts to pin down the original concept, I have some sympathy for those without the benefit of rhetoric, logic, and debate, but I recommend avoiding the phrase altogether. Eschew on that, Miss Arthur!

How to Catch a Flounder (without Baited Breath)

Too often when people speak of a person or project that stumbles or sinks, they say it ‘flounders’ (a fish) instead of ‘founders’. This particular fish is unusual. When it’s young, it swims upright like most other fish. But when it matures, it sinks into the bottom, blending in with the sea floor. There it performs a slow-motion magic trick, distorting its own head and body to suit its environment. Its eyes migrate to the new upper surface and its mouth usually twists in the opposite direction. It may look like it’s about to founder, but it’s only a flounder.

Do you find any of these troublesome?

What addition would you make?