During the last year I have developed the habit of reading humor at bedtime.  I find this better than  perusing the latest volume in The Man Who Chopped Off People's Heads For Brunch series, which  tends to give me nightmares.

I just finished reading a book by Shirley Jackson, who handed out plenty of nightmares with her novels The Haunting of Hill House and We Have Always Lived in the Castle, not to mention her classic story "The Lottery."  (Although, as I always say when bringing up this author, I prefer her "The Possibility of Evil.")

Raising Demons (1957), in spite of its title, is not horror.  It is domestic humor, describing the joys and miseries of taking care of a home and raising kids.  See Jean Kerr, Erma Bombeck, etc.  (Two obvious questions: Are there any books like this written by men?  And are any women still writing them?)

I finished the book but I didn't think it was wonderful. (I have heard that her previous memoir, Life Among The Savages, is better.)  I found the parts about the children cloying, but  there were occasional moments of brilliance.  Take this scene at a party given by some  of the students at the girls college where the husband of the nameless narrator is a professor.  A student addresses her:

"Listen, when you were young - I mean before you kind of settled down and all, when you were -- well, younger, that is - did you ever figure you'd end up like this?"  She waved a hand vaguely at the student living room, my "nice" black dress, and my glass of ginger ale.  "Like this?" she said.

"Certainly," I said.  "My only desire was to be a faculty wife. I used to sit at my casement window, half embroidering, half dreaming, and long for Professor Right."

"I suppose," she said, "that you are better off than you would have been.  Not married at all or anything."

"I was a penniless governess in a big house," I said.  "I was ready to take anything that moved...."

"And he's lucky too, of course.  So many men who marry young silly women find themselves always going to parties and things for their wives' sake.  An older woman--"

"He was only a boy," I said.  "How well I remember his eager, youthful charm; 'Lad," I used to say, fondly touching his wonton curls, 'lad, youth calls to youth, and what you need--"

And so on.  There's a lot going on there, and it all cracks me up.

But the reason I am bringing Ms. Jackson up at all is that at one point in the book her oldest child, a boy of perhaps twelve, starts speaking in slang, and gets fined by his father for doing so.  Here are examples of the slang:

Later in the book the father has to fine himself for using the word "cool."  Slang does slip in, doesn't it?   Although the term never appears in the book I would call those examples of beatnik slang. 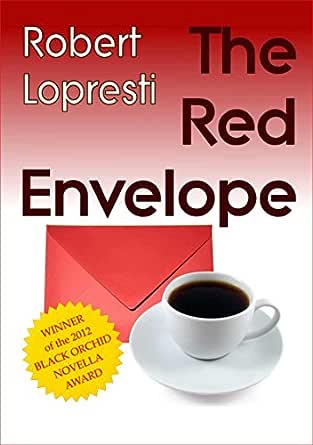 This is of particular interest to me because of something I'm working on.  Back in 2012 I won the Black Orchid Novella Award for "The Red Envelope," which was set in 1958 and starred a beat poet named Delgardo.  Alfred Hitchcock Mystery Magazine recently purchased the sequel, "Please Pass The Loot."  I am presently editing the third in the series.

Now, Delgardo is definitely beat.  Don't call him a beatnik.  But the language overlaps.  I have found a fascinating glossary of beatnik slang from the time period, some of it so bizarre that I imagine that either the informant or the compiler was pulling our legs.  Here are some definitions that are "wild" and others that are just "graveyard."

Whistleburg: Corner where many girls pass by

You get the idea.  The question for me is: How much slang can I put in Delgardo's mouth to make him sound authentic without making him sound like an idiot?  Because as our own John Floyd noted: "An overdose of dialect can kill your story deader than Billy Bob Shakespeare."

Mostly I have settled for letting Delgardo end sentences with "man," and the occasional "cool" or "groovy."

Unfortunately, Shirley Jackson is not around to help me.