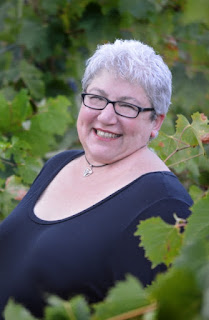 We have a special treat today.  Jeri Westerson is best known for her critically acclaimed Crispin Guest Medieval Noir novels, the latest of which is the penultimate in the series, SPITEFUL BONES. See more about Jeri’s LGBT mysteries, and two paranormal series at JeriWesterson.com. And…don’t mess with her library.  -Robert Lopresti

Little Free Libraries are just what the name implies. They’re free. You might have seen them on various street corners, little boxes of varying designs with books to borrow. Residents install them and register to the non-profit network LittleFreeLibrary.org and get listed on a map. Strangers with kids come up to it. Joggers stop by. People walking their dogs are frequent browsers. The motto of the Little Free Library—that is also posted on a little metal plate LFL will send you—says, “Take a Book, Leave a Book.” Owners of the libraries are “stewards” and it’s a literacy benefit to one’s community, a visible symbol of the good that is still in the world, free of charge.

I have one too. A little medieval cottage-looking thing, since I write medieval mysteries. It’s just at the front of my property, situated on a corner of a busy street that leads up to an elementary school. I can see it from my front window.

Take a book, leave a book.

It was not too long ago that I saw a car pull up and a woman get out with a bag that looked filled with books. This is a common enough thing. I see it all the time. My husband and I were having lunch on our porch. We can’t be seen from the street but we can see out. I assumed that the woman was dropping off, and she also grabbed a few for the inhabitants of the car. I figured they were kids. She never left the bag but kept on taking books (my library usually holds about forty). When she started tossing some toward the open passenger window of her car, I started getting suspicious. I stood up—now easily seen—and shouted to her, asking what she was doing. She ignored me.

For anyone who knows me, they are well acquainted with my loud and projecting voice. There was no way she couldn’t hear me. Her tossing of the books was getting hurried and sloppy. Some were bouncing off the car and hitting the gutter. It was time to confront her. Instead of grabbing my phone, I grabbed a mask and marched over there.

“What the hell do you think you’re doing?”

She continued to ignore me. She and her maskless driver, an older man—overweight, smoking a cigarette, possibly her father, with a day-old salt and pepper beard—just stared at me. She was between thirty and forty and looked fed up with what she was—to my eye—being asked to do.

“What the hell are you doing?” I asked again, because she was finally done taking books and got into the car. “Just drive off,” she told the driver. They were there so long I was able to walk behind the candy apple sedan several times and get the license plate—a handicapped plate—and a good thing, since the number was shorter. “I’ve got your license number.” Didn’t matter, because they had driven off. When I looked at the library, every single book had been taken.

I was incensed. Enraged. And…curious. Why would anyone steal used books? If you sold them online, you’d get next to nothing for them (let’s face it, some of them were pretty rugged). My first thought was drugs. They needed the money for drugs. Then my next thought was, were they owners of used bookstores? I had heard some of these guys would steal books from Little Libraries to stock their shelves. 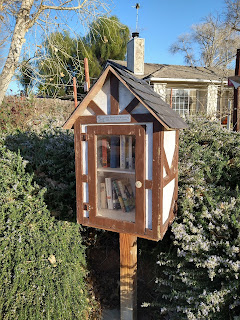 Whatever the situation, you don’t get to pull that crap on me. Yes, I’m an eye-for-an-eye kind of gal, for sure.

My husband was equally shocked that someone, in broad daylight, would be so bold. I told him I was calling the police.

He scoffed. It was a Little FREE Library, after all. Truth to tell, I figured the police wouldn’t do much, but, with vengeance in my heart, I called.

Of course, when they answered, the situation hit me. “Uh…I don’t know if this is actually a crime. But I’m going to report it anyway.” My thought was, if they did this, maybe they were doing other more unsavory things. I told the dispatcher my info, tried to remember enough about the people to give a decent description of them and their clothes, had no idea what kind of car it was, but did tell them the license plate. “An officer will get back to you.”

Actually, it was a few hours later. The officer was polite, took more information, and informed me that it wasn’t a theft. After all, it was a Little FREE Library. “Yeah, I get that,” I said. But it was the spirit of the thing. I had gotten their license plate so the police retrieved their local address. He was just going to give it a looksee. 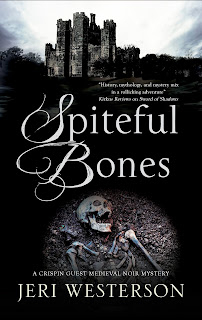 He called me back not too long thereafter. He had talked to his captain. Turns out the “book lovers” had a warrant out for them. She for a drug charge, he for driving without a license…which he was doing again. And then he asked me what I wanted to do.

“Well, I’d like my books back, if possible. But if that’s out, I’d love for you to put the fear of God into them. That would be enough.”

He chuckled. “I’m going to arrest them anyway.”

Did I get the books back? Will I be called upon to testify? Only time will tell.

A week later, the books were surreptitiously returned to my porch by the officer. The "theft" wasn't technically a theft. So by returning the books he was just doing me a favor off the record.

For info on these neighborhood libraries, go to LittleFreeLibrary.org.