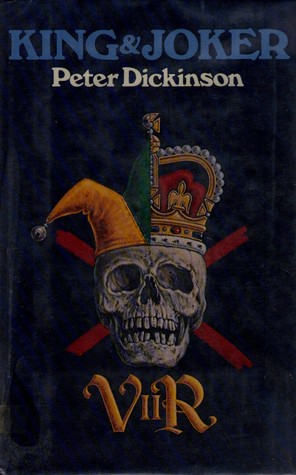 This is the seventh in my occasional series on the history of our illustrious field.  I chose this date for an entry because of a couple of weird coincidences.  Read on and be illuminated.

December 16, 1927.  Peter Dickinson was born on this date in Livingstone, Zambia. He won prizes for children's books and mysteries such as Skin Deep (1968) and A Pride of Heroes (1969). Two of his crime novels, beginning with King and Joker (1976), were set in an alternative timeline in which Prince Albert Victor (sometimes suspected of being Jack the Ripper) lived long enough to become king.

December 16, 1930. William Brittain was born on this date in Rochester, New York.   He wrote two successful series of short stories: one about science teacher Mr. Strang, and a very odd set connected by only one element: each tale features a character whose actions are directed by their fondness for one famous mystery author.  The first was "The Man Who Read John Dickson Carr."  (1965)

December 16, 1933.  Louis Joseph Vance died on this date in New York City, having fallen asleep while smoking.  His rogue-turned-crimefighter, The Lone Wolf, appeared in eight books and 24 movies, plus radio and TV shows.

December 16, 1965.  The movie The Spy Who Came in From the Cold premiered on this date.  Based on John Le Carre's great espionage novel, it collected two Oscar nominations, including Best Actor for Richard Burton.    Who can forget that last scene?  By the way if you want to win a trivia point: Who was the first actor to play Le Carre's master spy, George Smiley?  Rupert Davies, in a small role in this flick.

December 16, 1965.  As the spy was coming in from the cold, William Somerset Maugham was exiting this world of trouble.  He wrote tons of famous novels and plays but the important one for us is Ashenden, a collection of short stories based on his own experiences as a British intelligence officer.  Two of those stories were reworked into Alfred Hitchcock's movie Secret Agent.

December 16, 200?.  This date begins the plot of The Girl Who Played With Fire, Stieg Larsson's second runaway hit novel about Lisbeth Salander.

December 16, 2011.  Remember William Brittain, who I mentioned near the top of this page?  He died on his birthday.