Report to the Shareholders

In 2020, I wrote 16 stories and sold seven. That's nothing compared to several other SleuthSayers, but it shows how I reinvented myself in the year of Covid and other misadventures. I received 14 rejections, too, which means I'm not submitting often enough.

In spring of 2004, I was struggling with two different novels and heard that you could get attention from agents and publishers by selling a few short stories. I've always liked shorts, but never felt comfortable with the form until I attended the Wesleyan Writers' Conference that summer. Alexander Chee, Roxanne Robinson and Chris Offutt gave me good advice and great writing prompts, so by year's end I submitted seven stories to various markets. None of them sold, but they taught me a new process. The following year, I wrote and submitted ten more stories. None of those sold, either, but each rewrite sucked a little less.

Between then and 2017, I only submitted 13 new stories, mainly because I sold my first novel late in 2009 and published it in 2010. By then, I had six or seven versions of various other novels on my hard drive. I sent some of the older stories out in revision (some sold), but I concentrated on those novels in various degrees of development.

Late in 2019, I published Words of Love, my 15th novel, and it changed my landscape. For the first time since 2003, I had neither a new idea nor an old manuscript loitering on the computer. My writing workshops earned more than my book sales, anyway.

Then came 2020. In late January, I had a minor traffic accident that aggravated a pinched nerve in my neck. My left arm went numb, and the ER doctors thought I'd had a minor stroke. They prescribed blood thinners, pain-killers and other meds for a month, then decided it wasn't a stroke after all. I'd said as much, but the drugs scrambled my concentration. I went off them at the end of February, but by then the pandemic was shutting us down and I had two workshops cancelled. I wrote a novella for a contest, but that was the only fiction I produced in the first half of the year. More about that in a minute (Like the foreshadowing?).

In March, I was diagnosed with cancer for the second time (I hate reruns). Between April and July, I had eight sessions of chemotherapy, followed by surgery in August. The chemo didn't give me the nausea I heard so much about, but my hairline is higher now, and my remaining silken silver locks are a lot thinner. I also have enough unused meds in the bathroom to stock a small CVS.

Fatigue and the new pills disrupted my thought process even more. By May, I didn't think I could plot out a novel again even if I had a decent idea, and it seemed clear that I had to write shorter.

Since May, I have written 15 new stories, and the seven sales doubles my personal best for the year.

Between chemo treatments, I self-published a novella that won Honorable Mention for the Black. 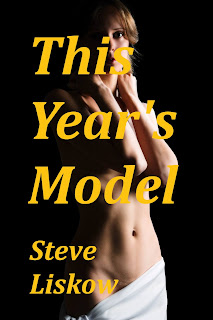 Orchid Novella Award last December. Last week, I learned that the novella I wrote last spring earned Honorable Mention again for 2020. The announcement will appear in the Wolfe Pack newsletter, but I receive no certificate or any other proof of the honor. It won't even be mentioned in Alfred Hitchcock's Mystery Magazine, which publishes the winner. Novellas are a hard sell, which is why I self-published last year's near-miss in July. Both other markets turned it down...

I also won my fourth Honorable Mention for the Al Blanchard Award. Again, no money or publication, but I get an impressive certificate and I was recognized at this year's virtual New England Crime Bake, where I've appeared often enough so they know I pronounce my name with a long "O." Eventually, I sold all three of my previous winners, so this story should find a good home, too.

Since I'm reinventing how I write, I've examined my output for this year much more carefully than I would have a few years ago.

Four of the sales were to anthologies, one a story I wrote in 2007 and another in 2009. Both those stories were fewer than 3000 words, short for me. Another story will appear in a bundle next year, and two stories became only the third and fourth I've sold on the first submission.

Excluding the novella, my average word length was about 4700 words, which didn't surprise me. For years, my comfortable length has been between 4K and 5K. That seems to be my attention span.

All those stories involve a crime but only six of them involve someone solving a mystery. The others feature the protagonist getting away with something or deciding that justice has already been served. I don't describe myself as a noir writer, but many of my stories tilt in that direction.

It's been that kind of year, hasn't it?

I'm doing a desultory edit on a novel that received 50 rejections between 2006 and 2008. Five different agents asked for the full MSS and passed on it without explanation, but I think I finally figured out the problem. If I publish it, it will only be as an eBook.

I am working on two more short stories and one that feels like another novella.

If it gets to a point where it's not fun anymore, there's always piano.