This is the sixth  in my occasional series on Great Events in Mystery History. 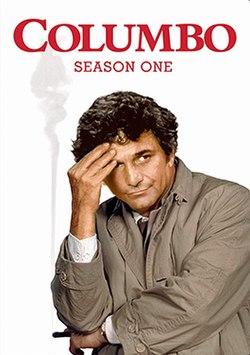 September 16, 1849.  Robert Barr was born in Scotland.  His family moved to Canada, where he grew up.  He was best known as an author of short stories, especially about crime, and wrote the first published Sherlock Holmes parody, in 1892.

September 16, 1874.  This day saw the premiere of the play Colonel Sellers, based on The Gilded Age, the novel Mark Twain wrote with Charles Dudley Warner.  The play concentrates on one aspect of the book: the trial of Laura Hawkins for the murder of her married lover, which was itself based on a true crime.  In a  decidedly post-modern touch, on some evenings she was found guilty, on others she was not.

September 16, 1927.  On this date Peter Falk was born in New York City.  He got his first Oscar nomination in 1960 for Murder, Inc.  His other crime-related movies included Murder by Death, The Cheap Detective, and The In-Laws.  But let's not beat around the bush: his great contribution to our field was of course Lieutenant  Columbo.  Did you know that they originally wanted Bing Crosby for the part?  Did you know that a kid named Steven Spielberg directed the first episode?  I'll stop now.

September 16, 1961.  On this date The Defenders premiered on CBS.  Starring E.G. Marshall and Robert Reed as father and son attorneys, it has been called the first modern lawyer series.  The Defenders did not shy away from controversial subjects, with the heroes working on cases that dealt with abortion, neo-Nazis, capital punishment, and jury nullification, etc.

September 16, 1966.  Does anyone else remember T.H.E. Cat? It began on this night and lasted one season.  A half-hour show starring Robert Loggia as Thomas Hewitt Edward Cat, former circus performer and ex-con, now a cat burglar who prowled for good.

September 16, 1967.  The show that premiered this evening was much more successful.  Mannix starred Mike Connors as a Los Angeles private eye.  In the first year he worked for a large security firm, but for the rest of the show's seven years he was an independent operator with a secretary, played by Gail Fisher.

September 16, 1970.  A lot of TV premieres on this date, aren't there?  Dennis Weaver starred in McCloud, a Deputy Marshal from New Mexico who found himself working for the cops in New York City.  Surprisingly, they acknowledged taking the idea from Don Siegal's film Coogan's Bluff. 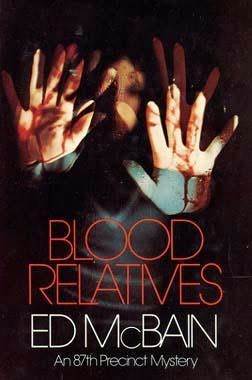 September 16, 1975.  On this date a panic-stricken young woman runs through the streets of Isola, covered with blood.   That's the beginning of Ed McBain's Blood Relatives, featuring the detectives of the 87th Precinct.

September 16, 1984.  The premiere of Miami Vice, creating a national fad for pastel suits and cigarette boats.  Anyone remember this Sesame Street sketch?

September 16, 1987.  Yet another terrific TV series previewed on this date.  Wiseguy followed the adventures of an undercover cop, Vinnie Terranova.  It was ahead of its time in that each season consisted of a few "arcs," several episodes in which Vinnie wormed his way into an organized crime group and then betrayed them - which weighed on his conscience more with each season.  Among the guest stars: Kevin Spacey, Stanley Tucci, Jerry Lewis, Ray Sharley, Patti D'Arbanville, Tim Curry, Paul Winfield...

September 16, 2016.  On this date the Private Eye Writers of America gave S.J. Rozan the Eye for lifetime achievement.