Rules of the Game


by Steve Liskow
Before the lockdown, I played guitar and sang at three local open mic venues regularly. About a dozen other people played those venues, too, and I rated myself near the bottom as both a musician and singer. Now that I occasionally do Zoom performances with several of those same people, I feel better about myself. I've learned to select songs that work well as solo acoustic pieces in my particular style. 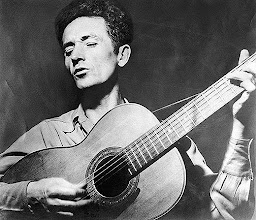 A few weeks ago, a very good jazz player--one of the few who sings even worse than I do--performed a song it took me two verses to recognize because he changed both the melody and the rhythm so much that they no longer matched the mood or content of the song. It was Woody Guthrie's "This Land is Your Land," and he combined a guttural growl reminiscent of Charley Patton with guitar riffs worthy of Les Paul, Pat Martino, and Joe Pass. My microphone was muted so he didn't hear my reaction. Luckily. 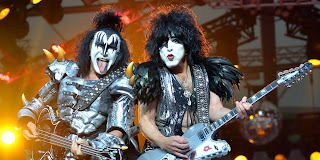 My first memory of such a gaffe was Jose Feleciano's unfortunate treatment of the Doors' "Light My Fire." I was never fanatical about the Doors, but Feleciano turned a rock song about hot sex into a lounge ballad about...something. The only other disaster that gives this one competition is Frijid Pink's heavy-metal version of "The House of the Rising Sun." You can find it on YouTube, but don't say I didn't warn you.
The first ten minutes of a play teach the audience how to watch what's going on. Will the lighting, sound, and acting be realistic or avant garde? Will the actors speak to each other or directly to the audience? Is the set realistic or abstract? Is the language formal, poetic, or profane? Years ago, I saw a production of Steel Magnolias in which M'Lynn's final monologue (Spoiler alert) about watching her daughter die featured the rest of the cast and set disappearing into darkness while the actress playing M'Lynn stepped into a spotlight. The entire play to that point used naturalistic lighting, and this shift pulled the actress out of the story and the audience out of the event. Two other directors and a light designer saw the performance along with me, and we agreed it was the kind of mistake a first-time director would make. We found out later that we were correct.
If a story is comedy, we need to understand what the author means by "funny." Chuck Palahniuk and Christopher Durang may not be everyone's shot of bourbon. I directed Who's Afraid of Virginia Woolf ?years ago with two actors whose rapport and timing turned the first act into a routine worthy of Abbott and Costello. It made the play's darker turns later even more disturbing. I tried to explain this to someone who didn't see the production, and he was appalled that I thought anything in the play was funny. 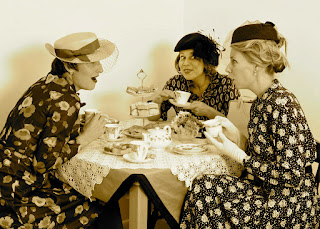 These dissonances occur in stories, too. Every work--poem, short story, novel, essay, or play--has its own rules and boundaries, and the writer has to recognize them as he or she creates them. Science fiction on a different world needs to explain the crucial differences, maybe gradually, or maybe (Heaven help us) in an early information dump. Think of the opening scene of Huxley's Brave New World. A cozy mystery needs to establish the language and lack of graphic detail before we start holding the characters to the wrong standard. A romance needs to introduce at least one of the potential lovers quickly so we know who to care about (or not).
Once you've established those rules, follow them. Otherwise, the book, story or song becomes an incoherent mess. If you give us 25 pages of people who only say "Gosh" or "Drat" and put their beer glasses on coasters, we are in a certain world. When the heroine and the handsome stranger get together 200 pages later, we'll be shocked to see them naked and the woman displaying certain skills and using specific vocabulary to explain what she wants and enjoys. If the story includes a murder, we won't be looking for a graphic medical description of the damage, either.

The Beatles who wrote and performed "I Want to Hold Your Hand" are younger and less worldly than the quartet who gave us "Why Don't We Do It in the Road?" We had several years to watch them grow and experiment so the second one was less a shock. The Rolling Stones and The Pretty Things always had a different image. Later on, so did the Sex Pistols. And with a name like that, who would expect the group to release "Ave Maria" as a single?
Be careful what you promise a reader. You'll have to deliver it.
Posted by Steve Liskow at 00:01