How many of you have unfinished or unpublished stories (or novels) stashed away in a drawer or under the bed, or in a folder someplace on your hard drive? Most of us do, if we've been writing fiction for a while. Oddly enough, very few of mine are unfinished--when I think of an idea for a short story I usually go ahead and churn it out–but I certainly have plenty that are unpublished and unsubmitted. Alas, typing THE END doesn't always mean it's ready for prime time. 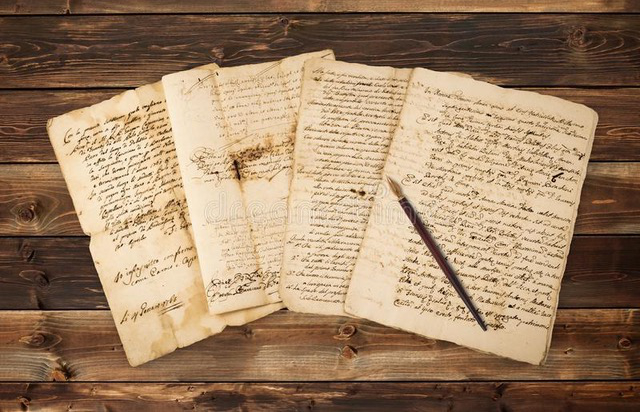 Most of those abandoned stories are those I wrote many years ago, when I was just getting started. Occasionally I dust them off and look them over, and sometimes I go back in and do a complete rewrite, until that story is what I consider to be submittable and battleworthy. I've done that several times, and so far I've always managed to sell them afterward.

One of those rewrites was on a never-submitted story called "Molly's Plan," written in the early '90s about a New Orleans bank robbery. A few years ago I rediscovered it, changed it in about a dozen ways but kept the same title, and sent it to Strand Magazine. They bought it, and it later wound up in Best American Mystery Stories, was reprinted in Russia's leading literary magazine, was selected for New York City's Subway Library project, etc. All this after sitting idle for more than twenty years as a stack of dot-matrix-printed pages in a box in the corner of my home office. A similar thing happened with another long-ago story originally called "Footprints," about a college student involved in a cheating operation. I rewrote the whole thing, retitled it "Calculus 1," which was the name of one of my first college courses, and sold it to the print edition of The Saturday Evening Post. That story will soon appear again in a bilingual collection of my SEP stories by a Moscow publishing house. Just call me Ivan.

My point here is that some of those early and forgotten manuscripts of mine had some promise and have been worth revisiting, but in their original state none of them were very good. Which was why I never sent them anyplace. Some things about them that were okay from the beginning, I thought, were in areas I've always been pretty comfortable with: premise, dialogue, hooks, endings, structure, etc. Most everything else about them was terrible.

What was it that made these stories so bad? Here are some of the things I found:

I'm not saying that's everything that was wrong with my early efforts, but those points come first to mind. I still have several stories (several dozen, actually) sitting out there that are unchanged and unsubmitted and gathering dust. On the one hand, I might take another swing at 'em, one of these days. On the other, I might treat them as training exercises and let them rest in peace.

Do you have some of these underachieving stories lying around in your office, or on your computer? Do you ever try to resurrect them? If so, were they later submitted, and published? Do you look back at some of your early published work and see problems there as well? Do you ever update those published stories a bit when you market them as reprints? What are some of the ways you feel you've improved, in your writing?

Before you ask me, No, not everything I publish is old. I've written 32 new stories so far this year, and I typed this column on Wednesday. Whether it's really finished is another matter--but I'm done with it.

Thanks for indulging me, and best to all of you. Keep turning out that good fiction!