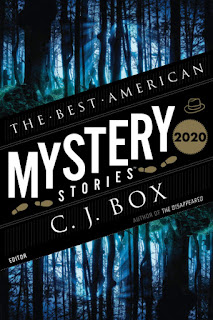 My relationship with The Best American Mystery Stories began with the 1998 edition—the second—and I read it and every subsequent edition upon release. A few years ago I found a used copy of the 1997 edition, so I’ve now read every edition save for the current one, which, as I write this, has yet to arrive.
Through email, John Floyd and I recently shared some thoughts about those early editions of BAMS. We discussed how we read in them the work of our literary heroes, imagining what it must be like to have one’s work selected as among the year’s best, and only dreaming of our own work someday being included.
To say that BAMS has since made our dreams come true is an understatement. Including the current edition, John has had three stories included in The Best American Mystery Stories (2015, 2018, and 2020) and another five listed among the “Other Distinguished Stories” of the year (2000, 2010, 2012, 2016, and 2017).
The Best American Mystery Stories has also been good to me, with one story included in 2018 and three listed among the “Other Distinguished Stories” of the year in 2005, 2019, and 2020. It has also been good to me as an editor: The 2020 edition includes a story first published in an anthology I edited, and four stories from anthologies I edited have been listed among the “Other Distinguished Stories” of the year (two stories in 2002, and one each in 2005 and 2020).
TOO MANY BEST-OFS?
The science fiction/fantasy/horror genres are awash with annual best-of-year compilations, but for the past several years BAMS has been the mystery genre’s only best-of-year anthology, and some writers have questioned whether we can support more than one.
I think we can because we have in the past. 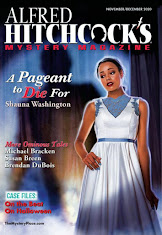 Kristine Kathryn Rusch and John Helfers edited The Year’s Best Crime and Mystery Stories 2016, and, beginning in 2000, Ed Gorman (alone at first but later with Martin Greenberg) edited twelve editions of an annual best-of series, originally as The World’s Finest Mystery and Crime Stories but with later editions under various titles. (One of John’s stories was named an Honorable Mention in the 2001 edition and a story from an anthology I edited was named an Honorable Mention in the 2002 edition.)
Other best-of-year compilations pre-date these, including The Year’s Best Mystery and Suspense Stories series edited by Edward D. Hoch 1982-1995, and Best Detective Stories aka Best Detective Stories of the Year, edited, at various times, by David C. Cooke, Ronald Knox, Brett Halliday, Anthony Boucher, Allen J. Hubin, and Edward D. Hoch. 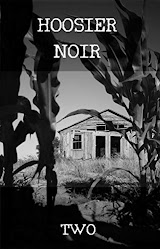 So the mystery genre can clearly support two annual best-of-year collections, and maybe the new writers of today will read them and have the same dreams John and I had. With any luck, twenty years from now a few of today’s new writers will share with readers how they saw their dreams come true when they had their work recognized in one of the annual best-of-year anthologies.
Publishing has been good to me the past month:
“Woodstock” was published in the November/December issue of Alfred Hitchcock’s Mystery Magazine.
“Bicycles” was published in the October 21 issue of Pulp Modern Flash. 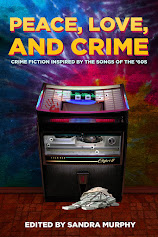 “Bet Me” was published in the second issue of Hoosier Noir.
Today is the official release date for Peace, Love, and Crime (Untreed Reads), edited by Sandra Murphy, which contains my story “Jimmy’s Jukebox.”
And “The Town Where Money Grew on Trees” (Tough, November 5, 2019) was named one of the “Other Distinguished Stories” in The Best American Mystery Stories 2020.
Posted by Michael Bracken at 00:00