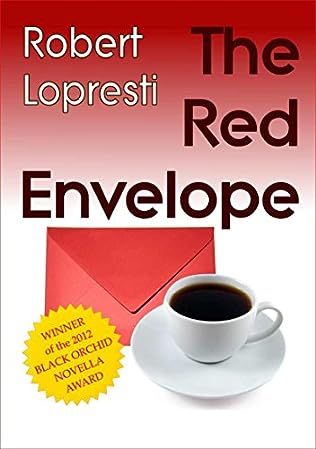 Writers talk a lot about inspiration, that miraculous moment when you get an idea for a book, or a plot twist, or a bit of dialog.  And those moments are amazing.  The writer's mind is a strange and wonderful thing.

But what I want to talk about today is something different: the moment of insight, when a writer sees their own work differently.  I actually wrote about one of them a few months ago.  And here we are again.

Back in 2012 I won the Black Orchid Novella Award with "The Red Envelope."  It was set in Greenwich Village in October 1958 and starred an eccentric beat poet named Delgardo.  The narrator (Archie Goodwin/Watson character) is a coffee shop owner named Thomas Gray.

I had always hoped to write a sequel but it took me damn near a decade to finish it. But fictional time is a different phenomena so "Please Pass The Loot" takes place only a month later, during November 1958, and is rooted in actual events from that time.  Alfred Hitchcock's Mystery Magazine accepted it in August.

And that happy event caused me to get serious about Delgardo #3, which I had been tinkering with for years.  I had known for a while that it would take place in December 1958 (are you seeing a pattern here?) and involve a dinner party.

But after AHMM bought Delgardo #2 I suddenly figured out the murderer and the motive.  Progress!

When I started writing the key scene I realized that the arrangement of personnel was too complicated to keep in my head.  So using my vast graphics skills  I drew this diagram of the dinner table: 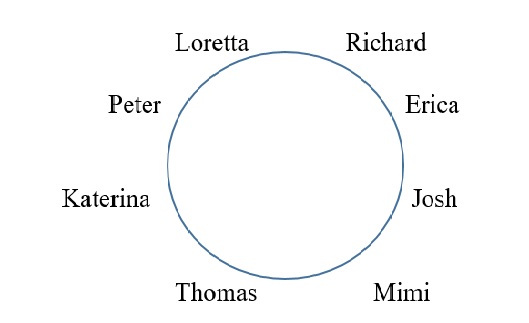 Perhaps not the most exciting bit of art you have seen today.  But it had an electrifying effect on me.  I suddenly had a tangible, palpable sense of the place and people I was writing about.
And that got me thinking about other times that an image made my own fiction more real to me.  When I was writing Greenfellas, I wanted to have illustrations of my major Mafia characters.  And I found photos of them, but oddly enough they were in The Sixth Family, Lee Lamothe's book about the mob in Montreal.  How did those Canadians get to look so much like my New Jersey mobsters? 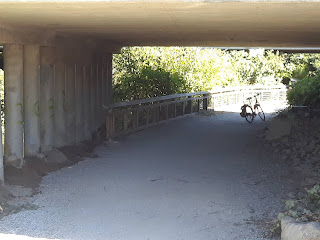 I am working on another story which may or may not get finished.  The working title is "Underpass," and it was inspired by the trail under a major highway in the city where I live.  So I went and took some pictures of it, which are now installed in my draft for inspiration.
Do other writers use these physical cues in their writing? 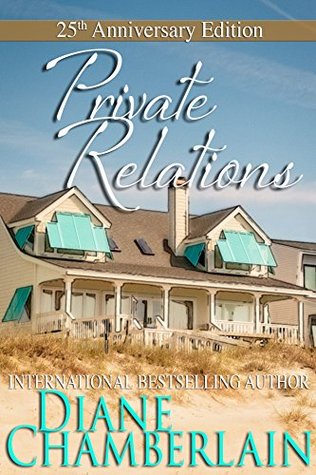 The novelist Diane Chamberlain is my sister (or should I say my sister   is the novelist Diane Chamberlain?) and she gave me permission to tell you the following story.
Diane started writing her first novel back in her thirties.   Most of the characters in Private Relations  lived in a house in Mantoloking on the New Jersey Shore.  As part of the writing process she went there, found an appropriate house, and took some photos, which she used for inspiration. 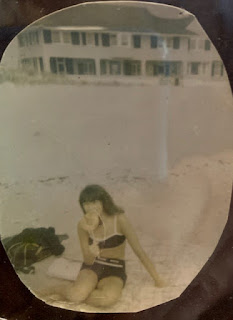 Later, at our parents house, she found this photo of herself, age sixteen, sitting on the beach in front of the same damned house.
Like I said:  The writer's mind is a strange and wonderful thing.
So, how about you?  Do you use images or objects to make your fiction more real?