No, I'm not talking about fall outfits. My question is, How open are you to being prompted, guided, or otherwise steered, in determining what you write about?

A little background, first. As I've mentioned before at this blog, I have for the past few years been sending almost as many of my short stories to anthologies as to magazines. The reason is simple: There seem to be more anthologies out there now, than in olden days. Or maybe I'm just getting better (and luckier) at being able to locate their calls for submissions. 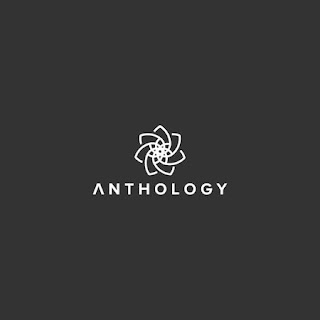 A buncha stories in one book

Those antho announcements, when I do find them, are usually a hit-or-miss deal. Either I already have a completed story that might fit the anthology's theme (or not) or I believe I can write one in the time remaining before the deadline. Or not. If I'm extra lucky, it's an anthology that's receptive to reprints and I happen to have one of those that fits the theme sitting there snoozing in the waiting room. If so, I wake it up and send it off, which--if my luck holds and the story gets accepted--is the easiest way in the world to get something published.

Sometimes, though not often, I'm fortunate enough to get invited to submit a story to a particular anthology. When that happens it's usually because the editor is someone I've worked with before. On half a dozen of those recent occasions, two were requests for a PI story, one was for a time-travel story. and three were for stories based on songs of a certain era or by a certain performer. And even though I didn't have any work already finished or in progress that fit any of those bills, I did have a lot of time before the deadlines and all six were for the kinds of stories I enjoy writing, so for each of those requests I sat down and created a story from scratch. All of them turned out to be fun to write--but truthfully, half of those particular theme-prompts were just for mystery subgenres, and nothing more specific.

Your mission, should you decide to accept it . . .

The fact is, I'm usually not too enthused by suggested themes and topics. I generally prefer to come up with my own story ideas rather than get prompts of any kind, from others, about what kind of story to write. I'm not sure why that is. I certainly know a lot of writers who welcome those kinds of suggestions, and are particularly good at working to a predetermined theme. Some have said they actively seek out submission calls with detailed themes, or even websites for publications that require pre-set titles or content, like the story's opening or closing lines. They feel that those prompts provide the needed inspiration to kickstart their creativity. 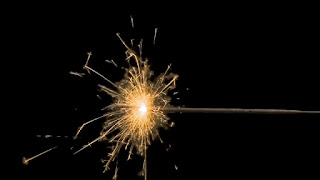 There are several of those sites/publications/markets out there. I think one of the better known is called The First Line. Your assignment here, Mr. Phelps, is to use, verbatim, their suggested opening line as the first line of your story. For me, that wouldn't be an impossible mission, but it would be difficult. I can only conclude that my stories work better when the first line is my own and not someone else's. (Another conclusion might be that I'm just not clever enough to come up with a story to match one of those force-fed lines.) A similar market is called, appropriately, The Last Line. They give you the ending sentence, and it's up to you to put together the rest. I haven't yet tried them, but I suspect I'd have a tough time.

Hitch up the team

A close cousin to this subject of writing-to-a-theme or writing-based-on-a-prompt is collaborating with other writers. This is something I've tried but that I've, again, found hard to do. Stated another way, it was fun but didn't result in a sale. (My fellow SleuthSayer R.T. Lawton told an interesting story about collaboration as a part of his column here last weekend.) I'm well aware that this has worked well for some, and I applaud them for it. Douglas Preston and Lincoln Child, Jacob and Wilhelm Grimm, the Michael Gregorio team, the Ellery Queen team, Anne McCaffrey and Mercedes Lackey, and many, many others, including my friends Frank Zafiro and Jim Wilsky. The process itself varies, of course. I once heard that for each of their two novels together, Stephen King and Peter Straub would each write a chapter, back and forth, throughout the project. 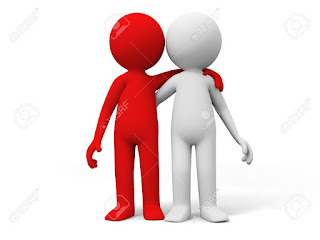 As I mentioned, I think working together that way is demanding. Each of us has his/her own style of writing, and for any two authors to agree enough for the result to be successful can be hard. When it does work, though, I think it's great, because you have a built-in editor/critic/sounding-board as a part of the deal, and two heads are often better than one. The fact that it hasn't worked for me is probably my own fault. (Sorry, Mrs. Floyd, little Johnny just doesn't seem to play well with others.)

My questions for today

Anyhow, class, having said all that . . . Are you one of those writers who are inspired by the challenge of a predetermined theme or prompt? Does that help your productivity? How detailed do you like those prompts to be? Have you sought out markets that provide that kind of thing? Have you submitted stories to them, and if so, how'd you do? Have you written many stories for themed anthologies? Do you do that regularly? Have you been invited to contribute to themed anthologies? Have you collaborated with other authors on either short stories or novels? How did that go? Did you survive with sanity and friendships intact? Would you do it again?

The beautiful thing about this is that we're all different--plotters, pantsers, team players, loners. There is no one correct way of doing it. The right way is (1) whatever is satisfying to you and (2) whatever results in a good story.

Either way, good luck, Happy Halloween, be sure to vote, and set your clocks back an hour. I'll see you in a week.