Several weeks ago, I got an idea for a short story that needed a little refresher on Shakespeare. During my theater days, I directed six of his plays, acted in nine, and assigned about a dozen more. When I donated most of my acting books to the theater several years ago, I found the Arden, Oxford, Pelican, Penguin, Bantam and Signet editions of plays I directed on my shelves, along with four hard-cover complete collections. I kept those.

Reading outside your genre makes you see things differently, and revisiting Shakespeare was the writing equivalent of a six-pack of Red Bull. Remember, the majority of his audience--who paid well and often to see his productions--was illiterate. They came for a good story and they got it. He knew his audience and gave them what they wanted. He owned a shared in the theater and retired at age 46, returning to Stratford and buying the second-largest house in town.

Since looking up what I needed, I've reread The Two Gentlemen of Verona, Love's Labour's Lost and Romeo and Juliet. Even 2 Gents (Possibly his first produced work) shows us how to tell a story. Only in his late 20s, Will gives us plot and character arcs that are clear and strong. OK, the ending is a little hard to buy, but the structure and dialogue rock.

By the time I'd read the first act of 2 Gents, I understood the language again. Shakespeare wrote in modern English, and his punctuation is surprisingly contemporary. If you don't understand a line, stand up, read it out loud, and let the rhythms show you when and where to move. Trust me, it works.

In Romeo and Juliet, look how Shakespeare differentiates Paris, Tybalt, Romeo, Benvolio and Mercutio, all teen-aged boys, by their speech patterns. Notice how everything in the plot is logical and leads to that wrenching finish. 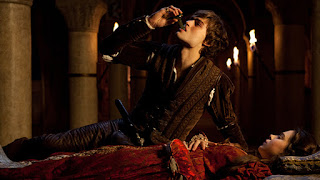 Learn from the constant vivid images that deepen the characters and carry the themes. Shakespeare wrote that play when he was about 30, so his "great" works are still to come.

In the middle of my career, I took an intensive (One-day) workshop on performing the plays from the First Folio text. It was so helpful that I bought a copy of the First Folio, and I kept that, too.

The introduction makes an important distinction. "[This] is not a collection of plays, but a collection of scripts." Shakespeare wrote his plays to be performed, not to be read (remember, most of his audience couldn't read), and the difference matters. His actors often had only their own lines along with the cues (Today, we'd call these "sides"), but they could interpret the writer's verse, prose and rhythms for acting hints. If all English teachers took the workshop I did, students would come out of their classes loving Shakespeare instead of hating or fearing him. A theater group my wife still works with calls this phenomenon "Shakes-fear."

Alas, English teachers need no involvement with theater to get their degree. Most of them have none, and they teach Shakespeare as literature. It makes as much sense as a blind man teaching photography.

Just as an aside, most editions of Romeo and Juliet put Mercutio's "Queen Mab" monologue in blank verse. The First Folio prints it in prose, and it flows better and is easier to follow. Actors could learn it more easily.

Will can teach crime writers how to do it better, too. 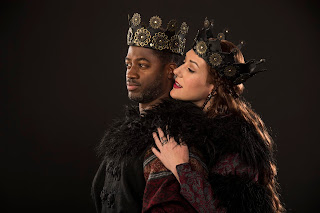 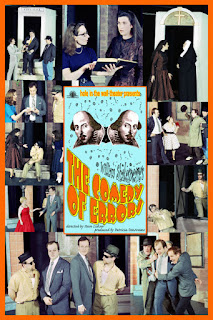 The Comedy of Errors has Antipholus and Dromio discussing the Kitchen Wench with puns and repartee that Abbot and Costello might have cribbed for their "Who's on First?" gem. Foreshadowing? How about "Beware the Ides of March?" 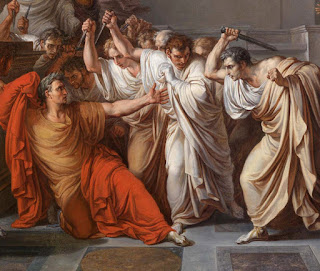 I won't reread all the plays, but I will revisit several others. I've been away a long time.