The Joys of Writing Alone 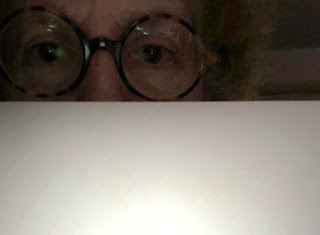 Some writers do their best work on their laptops in busy coffee shops. You can see them keyboarding away, latte, chai, or simple tea or coffee forgotten at their elbow as they take dictation from those voices in their heads that we all love to hear.

I am not one of them. I need silence and better than silence. I need solitude, and the more absolute the solitude is, the more easily I write.

I know I’m lucky in that I have ample access to privacy for writing. It’s not exactly Virginia Woolf’s “room of her own,” but in some ways it’s even better. It’s been twenty years since my last day job, and my other career is online and intermittent in nature. My husband still goes off to work every weekday, or did till the pandemic. And when he’s home, he’s usually at the computer in his room of his own with his headphones on. The rest of the apartment is mine.

In the summer months, I have the country house. The whole house, because my husband hates the country. It’s a tiny house, eight hundred square feet total. But it’s all mine.

As for children, that perennial drain on women’s writing time especially, my little boy is fifty with a family of his own. So when other women writers yearn for writing retreats and time alone, rejoice in a week or even a weekend away from the everyday lives that make writing such a challenge, I know how lucky I am.

Am I complaining anyway? Not exactly. I’m blogging. Complaining entertainingly is one of the basic categories of blogging. To complain entertainingly about one’s spouse (in case you’ve never heard this priceless writing tip) is to mine a particularly rich vein.

My husband and I have been together for almost forty-five years. He knows that interruption breaks my concentration. He’s been told that once a train of thought has been broken, that particular thought, that exquisite turn of phrase, that connection—especially crucial in plotting a mystery or building an emotional scene—may be lost forever.

And yet he interrupts. He asks me if I have clothes for the laundry. He’s a good man. He doesn’t ask me to do the laundry. He asks me what I want for dinner. Again, good writer’s husband that he is, he doesn’t ask me to make dinner. He knows I’m writing. But he’s still interrupting. Sometimes, what he interrupts to tell me isn’t practical at all. It’s something he’s brimming over with that he simply has to share. He’s so filled with the fascination of it that he forgets I’m writing and mustn’t be interrupted.

“Do you know that Frederick the Great called Maria Theresa the only mensch in Austria?”

Yes, dear, you’ve mentioned it before. You’re an original, and it's lovable, but I need you to control it when I’m in the midst of transferring a brilliant thought that no one’s ever had before and that I’ll never have again from my brain to the computer.

He’s gotten better at not talking to me when I’m writing. Unfortunately, this isn’t good enough. He tiptoes past. Tiptoeing is still interrupting. Sometimes he stops halfway through the room. He breathes. Doesn’t he know how disruptive breathing is? I’ll throw out a hand and bark, “WRITING!” My fragile and irreplaceable thought is already at risk. But if he’ll just go away, maybe I can retrieve it. No way. He says, “Sorry!” In other words, he finds a way to exacerbate the interruption.

When he’s out of the house, I can get some serious writing done. But the hours are limited by his schedule. First, I have to wait for him to get up. My creative thinking time in bed used to be nil because he thought 9 am was “the crack of dawn.” He’s had a major lifestyle change, so he now gets up at 5 am and goes for a power walk in the park. This helps. But I still have to wait till nine or later for him to leave for work before I can focus on my writing. And once he comes home, that’s it. There’s the key in the lock. The big sigh. And my Woolfian “apartment of my own” is gone for the day.

I know it makes a difference because the 24/7 solitude I get when I’m alone in the country has an entirely different rhythm. If I wake up at 4 am and find I’m still awake at 4:15 with Bruce or Rachel talking in my head, I turn on the light and find my slippers and go turn on the laptop and and let them take over. No one interrupts the flow by saying, “What time is it?” or “Are you okay?” Sometimes having an idea at four in the morning is like carrying a basket of eggs. You don’t want anyone to jostle your elbow until you’ve had a chance to set it down.

It’s the same for the rest of the day. I’m not talking about the time I’ve already set aside to write. But if I think I’m done, and then Bruce or Rachel starts talking again, I can reorder my priorities and go back to the computer without consulting anyone. If it’s 6 pm and I’m about to put dinner in the preheated oven, I can turn off the oven. No one says, “What about dinner?” If I’m still going strong at 11 pm, no one says, “Come to bed.”

I don’t need this unlimited freedom all the time, especially since I’m writing short stories rather than a novel these days. But it’s heavenly to have it for three months. And it’s wonderful—I do know this!—to have a husband whose wife the writer drives him crazy—the secret of a successful marriage is knowing that it's a trip for two, not one, to the loony bin—but who also understands.
Posted by Elizabeth Zelvin at 00:01