by Paul D. Marks
Can music be noir? I think so. And Nat King Cole’s song The Blues Don't Care (written by Vic Abrams and Murry Berlin) is a good example, judging by the lyrics: 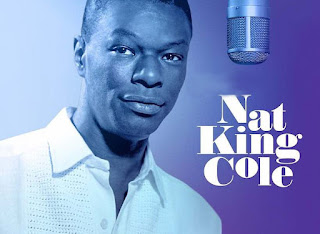 When someone’s heart is broken,
The blues are not to blame,
’Cause the blues don’t care who’s got ’em,
So they just added my name.

(final verse is at the end of this piece)


The blues might not care whose got ’em, but I do: Bobby Saxon, the lead character in my upcoming novel The Blues Don’t Care.

The story takes place in the 1940s on the Los Angeles home front during World War II. It’s about a young piano player named Bobby Saxon who wants to play with the house band at the famous Club Alabam on Central Avenue, the heart of black life in L.A. If Bobby gets the gig he would be the only white player in the otherwise all-black band. And if that isn’t enough, in order to get the gig the leader asks Bobby to play detective and help clear one of the band members of a murder he is falsely accused of.
And while the book deals with some controversial issues in the context of a historical mystery-thriller it also explores the zeitgeist of the times. And part of that zeitgeist is the music. Both the music Bobby listens to and plays in the story and the music in general, big band, swing, torch songs. Music that I’ve grown to love over the years.

When I was a kid, my dad would play swing music on the radio. I hated it. I wanted to listen to rock ‘n’ roll. I also got to see Benny Goodman, though maybe I didn’t appreciate it as much as if I’d seen him later on. But maybe having been exposed to it it came back to me later on, especially after watching old movies from the 30s and 40s that sometimes included that music. Then, as adults, my friend Linda and I got into swing music and would go to swing dances and concerts at various venues and even went to see many bands or singers from that era that were still around. We got to see Bob Eberly and Helen O’Connell sing Tangerine and Brazil. We saw Tex Beneke lead the Glenn Miller Orchestra. I got to see Johnny Otis, who took over as band leader of the house band at the Club Alabam, though I would have loved to see him there.

Doing the “research” for the book, especially listening to the music and watching the movies from the era, wasn’t exactly torture for me. One problem though was that I wanted the title to be The Blues Don’t Care. And I wanted that to figure at least a little bit into the story. But, as far as I could tell the song was released much later than the time frame of the story, which led me to believe it might have been written later, too. So how to get around that problem? Artistic License: we see the songwriter working on an early version of the song in the Club Alabam in the course of the story. Problem solved…I hope.

So, here’s some songs from the 30s and 40s that Bobby might be listening to. Also good for background music, mood music if you’re writing something set during that time or just for your enjoyment. Or maybe even to read The Blues Don’t Care by.

Duke Ellington – Almost anything by him is worth a listen. But you might want to start with the terrific Take the A Train.

Jimmy Dorsey – Half of the famous battling Dorsey brothers. I particularly like his sound. And it’s with him that Bob Eberly and Helen O’Connell sang their classics Brazil and Tangerine and other songs.

Cab Calloway – A character over many decades. He even has a cameo in a Janet Jackson video: Alright, a great song and video, too. Also featuring the Nicholas Brothers and Cyd Charisse.

Billie Holiday – Take your pick. Too many great ones to choose from.

Herb Jeffries – AKA the Bronze Buckaroo, since he starred western “race movies”. His song Flamingo, recorded with Duke Ellington, is a classic and he even makes a cameo singing it in the novel.

Freddy Martin – Band leader, who for a time employed future talk show host and Jeopardy creator Merv Griffin as a singer with his band. And who maybe is an odd choice here. But I saw a clip of his band doing a two-piano piece called La Tempesta that is pretty amazing. And, since Bobby is a piano player this becomes his signature piece. I wish I could find a clip now.

Artie Shaw – Frenesi and Begin the Beguine: Two classics from the era.

The Andrews Sisters – Check out Boogie Woogie Bugle Boy, but don’t stop there.

Lena Horne – Stormy Weather: What can you say—a classic.


Vera Lynn – The Forces Sweetheart in England. She sang a lot of popular songs during the war: I’ll Be Seeing You, We’ll Meet Again, The White Cliffs of Dover (written by Glenn Miller and Ray Eberle, which surprised me).

Kay Kyser and his Orchestra – Praise the Lord and Pass the Ammunition.

Spike Jones and Donald Duck – Der Fuehrer’s Face. Satirical, funny song, that was born in a Donald Duck cartoon and made even more famous by Spike. You get a two-fer here, both versions: Mr. Spike: https://www.youtube.com/watch?v=lWF8iRCan7I


Louis Jordan – G.I. Jive, written by Johnny Mercer. Recorded by many. Louis Jordan had a #1 hit with it.

Benny Goodman – Sing Sing Sing, just an amazing and rousing piece of music. To me it’s sexier than some modern music with risqué lyrics. If this doesn’t get you at least tapping your toes you’re dead. And with Gene Krupa on drums, Harry James on trumpet and a band that can’t be beat. It was the Goodman band’s appearance at the Palomar Ballroom (in L.A. I might add) that really jump started the swing craze.

Glenn Miller – One of the most popular band leaders of the time, if not the most popular. Definitely the latter to listen to my mother. In the Mood was one of his biggest hits.

There’s so many more. It was really hard narrowing it down.

And here’s the last verse of Nat King Cole’s song:


If that isn’t noir I don’t know what is.

This is an album I got in the days of vinyl that I think is a pretty good starter collection and I think you can get it streaming: 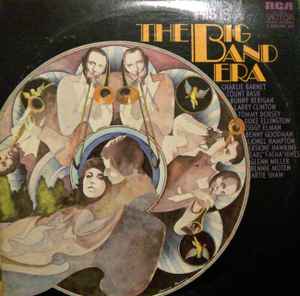 So, like I said. It was pure torture listening to all this great music. Research, you know.

Frank Zafiro grilled me for the Wrong Place, Write Crime podcast. I survived...and so did he. Hope you'll want to check it out. (And thanks for having me, Frank!)


Coming June 1st from Down & Out Books – The Blues Don't Care: 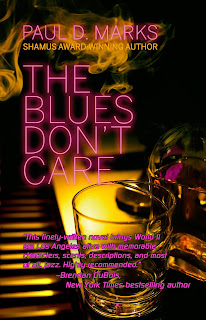