Modern Little Plague on the Prairie

NOTE:  Due to complete discombobulation last week, I posted this a week early.  But, here it is again, newly updated and with a new section - at the end, don't cheat - on possibilities for crime in a time of pandemic.  Enjoy!

As some of you may have heard on the national news, Sioux Falls, SD, currently hosts one of the top hotspots for COVID-19 in America, thanks to Smithfield Foods.  With 941 cases just from Smithfield, we were #1 until we got beat by two correctional facilities in Iowa, and they can have the honor.

Smithfield (which bought Morrell's, and then in turn was bought by a Chinese company back in 2013), was operating like any other meat packing plant, with super-crowded conditions for animals, carcasses, and people, all at super-high speeds, thanks to USDA Secretary Sonny Perdue, who pretty much deregulated the industry in September, 2019. (See story HERE)  And, lest you think Smithfield was an outlier, meat packing plants are popping up all over the country, full of COVID-19, thanks to a tendency to cram workers cheek by jowl for their shifts.  See "Poor Conditions at Meatpacking Plants" HERE. 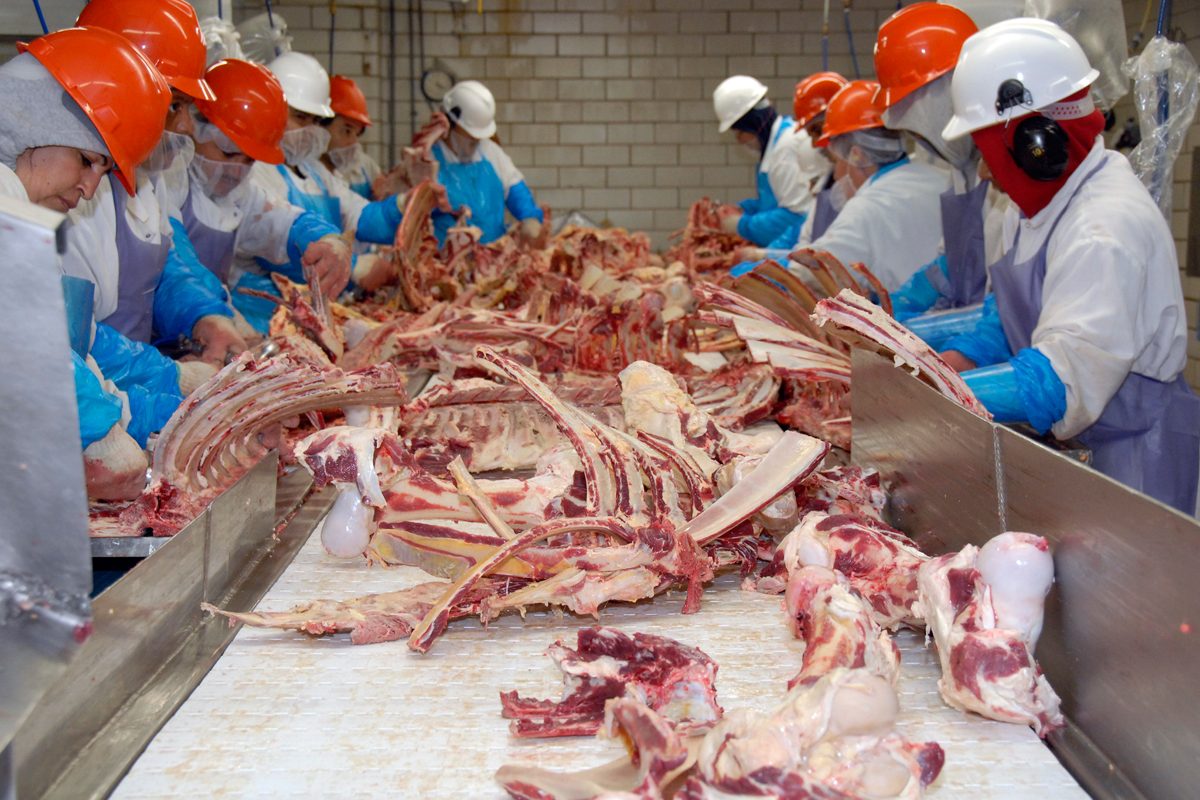 Anyway, Smithfield wasn't transparent - there's a shock - and covered it up from March 25-April 6, when they had 80 cases and couldn't hide it anymore.  So they promised to close the facility for 3 days for deep cleaning. The next day there were 160 cases, and the day after that 234, and it turned out Smithfield hadn't closed for cleaning but was still processing.  So our Mayor and Governor asked for 14 days quarantine and cleaning, and the CEO closed the plant "indefinitely" and put out a snippy letter saying they'd only kept it open so long to "protect the food security of the nation." Yeah, right.

But I don't want to go into our sorry tale of woe. Instead, I want to post some observations for future mystery writers and historians. Because you know, sooner or later, people are going to start writing about this, and they need to get it right.

In Sioux Falls, 90% or more of the people grocery shopping - and the clerks - are wearing masks and gloves. The aisles in grocery stores are all one way, and they have 6-foot markers on the floors. But most people are not wearing masks / gloves outside for walks or exercise (including myself) because your glasses fog up and God knows we have plenty of fresh air because here the wind never stops.

Norwegian Stoicism - In other parts of South Dakota, however, most people are NOT wearing masks or gloves anywhere. And it's business as usual regarding the number of people in the store, etc. And in many areas, someone wearing a mask and gloves is considered pretty much a wuss. They receive rolled eyes or a little sad chuckle: the Norwegian Lutheran version of the Southern "Bless your heart" - which is not a blessing. Of course, the average Norwegian / German / etc. Lutherans are by and large a stoic lot and expect everyone else to be the same. Another reason for no masks / gloves: these are the same people who'll be out in sub-zero weather without hat or gloves, because they can take it.

Libertarians - From the get-go of COVID-19 in our state (currently 1,858 cases, 1,659 in Sioux Falls) our Governor, Kristi Noem, has only given directives, and will not put in place official shut-down orders of any kind for any location. "We're not New York", which is pretty much the mantra of many rural areas. Apparently this gives some kind of immunity except in Sioux Falls, which is an urban area, so what do you expect?

BTW - one surprising thing is that many people aren't thinking about what happens if Sioux Falls does go all New York City, overwhelmed by cases and deaths. The truth is, if that happens, the whole state of South Dakota is screwed, medically, because guess who's the health care center of the state?  Avera McKennan and Sanford hospitals and all their clinics are here. Where all patients with serious health issues are brought. When Allan had his heart attack in 2010, they airlifted him from Madison, SD to Sioux Falls for (successful) surgery. What happens if there are no beds because COVID-19?

Mayor TenHaken tried to get a stay-at-home order for Sioux Falls, but he couldn't get the Sioux Falls city councillors (made up mostly of business owners) to back him, nor some residents, who were "concerned that it violates constitutional rights, is difficult to enforce and will bankrupt business barely holding on as it is. And one pastor called it "a massive government overreach." (Argus Leader) (On the other hand, the front-line workers want it, and want it NOW.)

Last night, the city council agreed to a "no lingering" ordinance and expanding and enforcing the rule of 10 or less for gatherings.  But the same people showed up to protest:


Some said they were concerned about what the measures had done to the economy. Some said they didn't believe the virus was really a threat at all, citing stories they'd seen online. Former political candidate Lora Hubbel questioned the credentials of Public Health Director Jill Franken and asked why the public was listening to doctors "who are not elected officials." - (Argus Leader)

“After all, the chief business of the American people is business. They are profoundly concerned with producing, buying, selling, investing and prospering in the world." - Calvin Coolidge, Jan. 27, 1925.

Fun fact:  The Park Jefferson International Speedway (above) in Jefferson, Union County, South Dakota, is going to host a dirt track racing event with up to 900 spectators this Saturday.  Our Governor, bless her heart, will not lift a finger to stop it, but did "strongly recommend" that no one go.  And Union County officials, including the Sheriff, say they can't do a thing to stop it from happening.  (Argus Leader)

Further fun fact:  The Sturgis Motorcycle Rally is coming up in August.  This hosts about 500,000 bikers annually, and they spend a lot of money on concerts, concessionaires, etc.  How many people believe that our Governor will stop it?  Or the city councilors of Sturgis, SD?  Pray for us.  But also for yourselves, because most of those 500,000 are from out of state, and they do go home eventually.

Religious - As someone told me, "Why is everyone so afraid? If you're a true Christian, you shouldn't be afraid of anything, because everything is in God's hands." To which I replied, "Gethesemane." (see Matthew 26:39) Which was a polite way of avoiding screaming, "WE ALL GET AFRAID SOMETIMES.  EVEN JESUS."
I detest people who try to be holier than Jesus, I really do. Life is hard enough as it is.
Reminder:  "Courage is fear that has said its prayers."

Media driven - There is a distinct difference between the Fox News / Sean Hannity / Rush Limbaugh / OANN / QAnon crowd and the rest of us. Those 6 weeks of presidential golfing and rallies - with the full on support, encouragement, denial, and general "it's nothing!" of Fox News, etc. - pretty much poisoned the well. Today, most of those media consumers still don't believe that COVID-19 is anything more than just another flu, and everyone should just go ahead and get exposed to it.  In the immortal words of Bill O'Reilly, “Many people who are dying, both here and around the world, were on their last legs anyway." (Hill)  So let's let everyone get it, get herd immunity, and whoever dies, dies.

NOTE: What's interesting to me is that most of the people who are in denial are the same people who are hoarding. "Well, I thought I might as well pick up that extra bale of toilet paper..."

And as for the young people - well, when you're a teenager you think you're bulletproof and invulnerable. I remember it well.  God bless you, and there's a reason I'm staying on the other side of the street.

Good Stuff:  On the other hand, people are volunteering, in various ways. They're sewing masks, running errands for the elderly, sending cards, making posters, and helping at food banks. They are Zooming and GoToMeetings and calling like crazy.  (BTW:  FUND THE USPS!)  There's a lot of good going on. A lot of helping. A lot of prayer. And a wonderful team of doctors (including a godson), nurses (including a goddaughter), grocery clerks, USPS workers, police (BTW, here in Sioux Falls, the Chief of Police, a police captain, two lieutenants, a sergeant, an officer and three civilian employees all have the virus), and other front-line workers.  Please pray for them all. 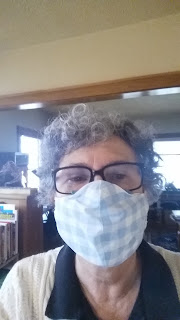