The Pros and Cons of Tinnitus


by DoolinDalton
I've written on this blog a number of times about the scourge of tinnitus, and how I've had to maneuver around it since I was four years old. I had German measles, and the resultant high fever did the nerve damage which has given me the constant companion of a ringing sound in my left ear for the fifty-one years since. If you'd like more general background on my battle to concentrate and actually write with this constant distraction in my head, you can find it at the other end of this link. If you're interested in hearing about the toll tinnitus takes on me, how exhausting it can be battling through it to really listen to others (a big part of my day gig) and yet how important it is to do precisely that, you can find that discussion here.

Today's post, while tinnitus-related, is a bit different. And in these trying times, when we need good things to talk about, let me just say this: this post is all about the positives.

Like George Benson. More on him in a bit. And my life-long love of music. More on that in a bit, too.


"Positives and tinnitus," you say. And I hear your skepticism. But bear with me.

As I mentioned before in one of my previous posts on the subject: "I'm not saying there is anything good about having tinnitus. There isn't. It's a plague. I don't actually know what silence sounds like. And in addition to the ringing, I have significant hearing loss in my left ear."

The post I'm quoting from (which, again, can be found in its entirety here) was all about how tinnitus forced me to learn to be a better listener, to be more attentive, in all the forms that word itself takes. And while I still believe all of the above, that's not the positive I'm laying out here.

I reconciled myself to never being without tinnitus for even one second of my life many years ago. In my twenties, thirties and forties, I even began to be able to tune it out.

Until I became a father.

My son (who is turning eight in a couple of months) had a piercing shriek as a toddler which brought my tinnitus roaring back into the forefront of my hearing range. In the years since he learned to walk and stopped shrieking at that particularly maddening frequency, I've struggled to relegate tinnitus once more to the background. The ringing monster, it seems, is strong, and it's also pretty relentless.

This is not to say I can't do that. And it has gotten easier to do over time. Then again, it's always with me.

Or it was, until a week ago. (And at last we come, after a couple of false starts, to the true positive in this post!)

No, my tinnitus isn't cured. It's just been mitigated.

I now know what it's like to not hear tinnitus. And I have audio technology to thank.

I still don't hear silence. But thanks to a combination of the best streaming service out there and a birthday gift I recently gave myself, I can now hear a whole lot of what I've been missing (hearing loss, too, remember?), and tinnitus-free.

I subscribe to TIDAL, which is the brainchild of rapper and music mogul Jay-Z. As streaming services go, it's pretty impressive on a number of levels. Its profit-sharing model is far more generous to the musicians who generate the content it peddles to listeners like me, and I like that. The same cannot be said of Spotify (which is why Taylor Swift famously and unceremoniously pulled her content from that service several years back), Apple and Amazon Music, or any of the others out there. TIDAL also has a HiFi lossless audio option (for an in-depth discussion of digital music compression, and what lossless audio actually is, and how it's far superior to standard compression, click here for a link to an old CNET article which is worth your time and trouble.). For our purposes, and in the interest of brevity, suffice it to say that most of the processes of digitizing the sounds made by instruments, including the human voice, flattens out the sound at levels human beings aren't supposed to notice.

However, many of us do. Digital audio often feels flat to me. Like alot of medieval art, there isn't much depth of field to it. All of the elements come across at the same size and the same level, with no perspective, per se. I also often picture the experience of listening to digital music sliding across the surface of a glass table.

On the other hand you have lossless audio. Like vinyl before it, lossless audio preserves the topography of recorded sound, giving it the fullness, depth and richness that digital music can't match.

And yes, I know, we as a society make fun of "vinyl snobs," dismissing people who prefer its sound, and rhapsodize at tiresome length about it, applying awkwardly fitting adjectives such as "warmth," etc., as somehow pretentious. They're frequently grouped in with lovers of hipster beards or man buns.

Well, I'm none of those. I'm a mid-fifties music lover with low-end hearing loss and a constant ringing in my left ear. So if there's a music delivery system out there which is technologically advanced enough to help me reshuffle the aural deck which has been stacked against me since before I started kindergarten, guess what? I'm all in.

Which is why I pay $19.99 per month for TIDAL's "HiFi Lossless Audio" option. Paired with my Sonos speaker system, it's helped me hear things I might otherwise miss. In fact the Sonos soundbar my wife recently helped me sync up with the television in our living room has helped make it so I don't need the subtitles. Not even for the British stuff!

This experience got me thinking: if Sonos could help, what might the right pair of headphones do to help me experience sound more like people with normal hearing levels did?

As it turns out, a whole lot.

So I stared doing research. I have some great 1MORE bluetooth earbuds and a pair of Beats headphones which are wonderful for shutting out extraneous noise when I'm in a loud room. But what about headphones intended solely to enhance the sound piping through them, as opposed to those intended (like my Beats and my wife's awesome Bose headphones) to cancel outside noise? 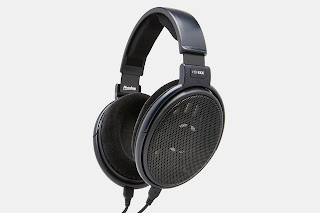 Enter Massdrop and Sennheiser. These two companies joined forces on the Massdrop X Sennheiser HD 6XX headphones. They're open-backed, so, as the dozens of reviews I pored over noted, they wouldn't be all that effective in a noisy room. But then, the noise I was looking for them to cancel out isn't external.

They're priced on the low end for "high end" headphones, and stack up well against other models which retail for five times their price. So I decided to take a risk and get them as a birthday present to myself.

The result? Well, let me sum up with an excerpt from the conversation I had with myself after giving these beauties a try:

All kidding aside, I have to say, when I got these headphones out of the box, plugged in and gave them a test, I honestly got emotional. My wife was sitting right next to me, and saw me tear up. The experience was that powerful.

And that's where George Benson comes in. I chose his song "Give Me The Night" as my first listen with these new headphones.

Now, this song came out in 1980. Over the intervening forty years I have listened to it at least hundreds, perhaps thousands of times. And yet, with  the combination of these headphones and the lossless audio, I was hearing this song for the first time.

Suddenly I could hear instruments which had always been buried too deeply in the mix for me with my hearing impairment, to ever pick out before. I was experiencing Benson's guitar riffs played alongside and beneath his vocal for the first time. AND, even more remarkable: I was not hearing any tinnitus in this "new" mix.

For the FIRST TIME since I was four years old!

So. Yeah. I got emotional.

Every now and again you hear about someone who has been deprived of one of their senses (usually sight) suddenly regaining all or part of that lost sense, and it's nearly always portrayed as an overwhelming experience. Well, I get that now. Because I've had that experience.

And while it's true that this enhancement to my hearing is only conditional and only part-time, and I'm still legally deaf in one of my ears most of the time, man, I will take it. I mean, imagine, if you will, getting back something which has been taken from you a piece at a time over decades, and getting it back all in one moment.

Because now I know what I've been missing all these years.

So, if you'll excuse me, I'm gonna wrap up for now. After all, I've got a lot of old favorites to hear all over again for the very first time. 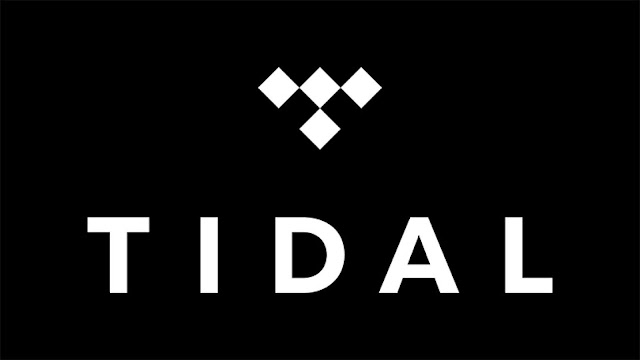 Posted by DoolinDalton at 02:07