When They Say It's Not About Politics...


by Steve Liskow
My daughter gave me The Last Widow, Karin Slaughter's newest novel, for Christmas and I tore through it in about three days. Slaughter is one of my favorite writers, and the first half of the book felt like a freight train with no brakes careening down a steep hill. I turned pages quickly enough to leave a trail of smoke and risk uncountable paper cuts.

I seldom pay attention to online reviews, but when I finished this one, I looked on Amazon out of curiosity. Slaughter is one of several authors I read who gathers mixed reviews because she takes chances and doesn't adhere to the standard template. Sure enough, The Last Widow had 795 reviews, 63% five-star, and 9% one-star.

The one-star reviews often complained that Slaughter let her politics get in the way of the story. Well, a group of white nationalist kidnaps Sarah Linton, the female protagonist, as part of their deadly plot, and, given that premise, it's hard to be apolitical.

In one way or another, MOST art is political because artists deal with important issues in life.

Sophocles wrote Oedipus the King as a reaction to the contemporary debate about predestination. His play takes the issue head-on, and his opinion is clear. Euripides leaves no doubt what he thinks of war in The Trojan Women. Nice people don't throw the child of a vanquished rival off the battlements and turn the surviving women into sex slaves. 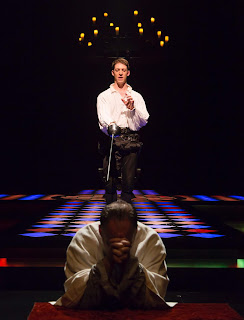 Shakespeare's 37 (or 40, or 50, depending on whose count you believe) plays constantly involve politics.
Macbeth, Hamlet, and King Lear discuss, among other issues, who succeeds to the throne. Measure For Measure asks tough questions about women, love, sex, and relationships, and offers no easy answers (The main "good guy" has a creepy voyeuristic streak, too).
All the histories involve kings and, usually, war. Even comedies like Much Ado About Nothing and Twelfth Night discuss the roles of women in society, and the misuse of power, still timely as the Me Too Movement and Roe vs Wade are still crucial issues.

Jane Austen and Emily Bronte present the situation of women in the 1800s, unable to vote, own property, or inherit. Pride and Prejudice features Mr. Bennet with five daughters who will starve if he can't marry them off to husbands who will support them. Wuthering Heights is built around the British Law of Entails, a devious way to control who inherits property if no sons succeed. 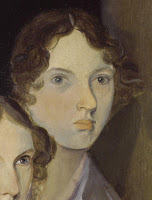 In America, Twain looks at slavery through bitter eyes in Huckleberry Finn, one of the most banned books in our country's schools, along with To Kill A Mockingbird, which looks at the same issue from 80 years later...although we haven't advanced much. Uncle Tom's Cabin, far more racist than either of the others, was a blockbuster best-seller before the word existed.

Robert Penn Warren gives us All The King's Men, a fictionalized vision of Huey Long, the Louisiana Governor who used graft and kickbacks left and right...and used the money to build highways and hospitals. Alan Drury won the Pulitzer in 1960 with Advise And Consent (102 weeks on the NYT Bestseller list and later a film with Henry Fonda), and that's all about politics.

Other novels, off the top of my head: 1984, Brave New World, The Handmaid's Tale, Phillip Pullman's His Dark Materials trilogy (if you haven't read these, do so before the second of the three books appears next fall on HBO.)

I know almost nothing about painting, but even I can point to Picasso's Guernica.

Plays: Lee Blessing's A Walk In The Woods is about two arms negotiators meeting to talk during the Cold War. Arthur Miller wrote The Crucible (maybe my least favorite play of all time), All My Sons, A View From the Bridge, and Death of a Salesman. Miller always looked at the shafting of the little guy by big business or bigger government. Lawrence and Lee's Inherit the Wind, which the Religious Reich should go see sometime.

Films: Stanley Kubrick's Dr Strangelove, or How I Learned To Stop Worrying And Love The Bomb.

The classic western High Noon asks if we deserve freedom and law if we won't fight to defend them.Many in that production were blacklisted because of their involvement, and I still don't understand why. What about The Grapes of Wrath? Steinbeck dodged a death threat after writing the novel, and the film, made on an 800K budget, still gives me chills when I listen to Henry Fonda deliver

Beethoven first called Symphony #3 the "Bounaparte," but changed it to "Eroica" after Napoleon became Emperor.

Where would American folk music be without Woody Guthrie,Pete Seeger, and the Weavers?  Or their descendants, Bob Dylan, Paul Simon, The Doors ("The Unknown Soldier") and Country Joe & The Fish (I Feel-Like-I'm-Fixin'-To-Die Rag--remember "Gimme an 'F'?). 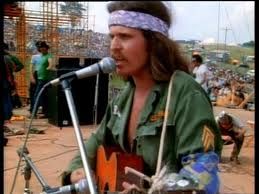 Politics should be separate from art. Yeah, right.

Maybe flavor should be separate from food, too.

This list barely unscrews the lid from the jar. What other works can you name? 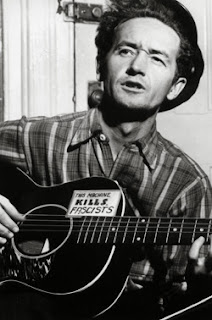