It Rained All Night the Day I Left


I've been thinking lately about the diminution, or devaluation, of language. Degradation, even, not too strong a word. The calculation being that it doesn't matter, that precision or accuracy is irrelevant, and we're just a bunch of persnickety snobs, who condescend to honest folk and treat them like knuckle-dragging hillbillies, that never had no book-larnin', and get things all twisted around with fancy words and high-falutin' airs.

I'm obviously thinking, too, that this is connected to our present culture of false or competing narratives - conspiracy theories, in effect. Bad money drives out good. The counterfeit devalues honest weight. 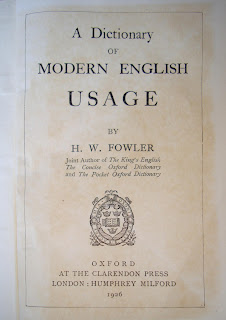 There was a time, not that long ago, when a guy like Albert Einstein inspired respect. ("How does it feel to be the smartest man in the world?" somebody asked him. "I don't know," he said. "You should ask Tesla.") An athlete or a war hero, sure, but Jonas Salk and the polio vaccine, the NASA team that put us on the moon, an American novelist winning the Nobel. We admired their skill, and tenacity, and sheer will. We took pride in their intellect. All of a sudden, this is suspect, and we're not supposed to trust the weatherman. Not an exact science, admittedly, but more informed than reading the entrails of chickens.

Maybe this is an odd complaint from a writer of fictions, but to be convincing, fiction depends on exact detail. If you get one thing wrong, it casts doubt on all the rest. Not to mention Twain's enduring advice: use the right word, not its second cousin. 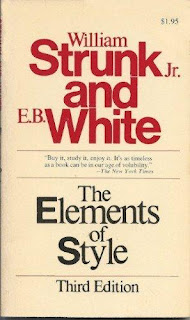 So if you take this inexactness, and fold it in with false narrative, you get a kind of Stalinist double-talk. "Our brave soldiers are moving ever forward," or "Our fervent comrades of industry are exceeding all expectations," and pay no mind to the NKVD machine guns behind our brave soldiers, to shoot slackers, or the bazillion shoes made to fit left feet. Facts become transactional, in the sense that they're negotiated. We agree on a shared reality, the least common denominator. (Or is that the most?)

The question then becomes, what's lost, in the exchange? As language gets dulled, it conveys less. Misuse makes it less useful. Without precision, it's at the same time less resonant. It slips its moorings, cast adrift. 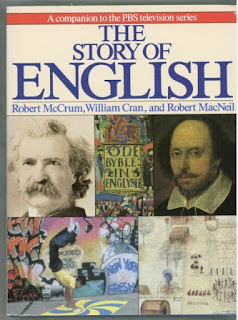 Now, in France - I know, this sounds like the opening line of a comedy routine, the same crowd that regards Jerry Lewis as an auteur - the French answer to an Academy, which guards against barbarisms, like social media or cell phone jargon imported from les Etats Unis. Good luck with that one. But it reminds me that my grandmother, all these many years back, wrote a letter to R.J. Reynolds, complaining about their advertising slogan, 'Winston Tastes Good, Like a Cigarette Should.' And she actually got a very courteous response. Apparently enough people were offended by the use of 'like,' instead of 'as,' that corporate assigned a team to answer the complaints. The answer, in effect, was that they were dumbing it down. This was advertising, not Freshman English. It simply sounded better to the naked ear. My grandmother was having none of it. A longtime educator, she wasn't in the least mollified. She was fluent in French, too, although to my knowledge she never saw a Jerry Lewis picture.

English as a language, of course, develops through usage and accretion, much like English common law, established by precedent and convention, not by fiat. There is no ruling body, the Chicago Manual of Style notwithstanding, to lay down the law one way or the other, or settle the dispute over the Oxford comma. But it's disheartening, all the same, to see language disrespected - or more to the point, dismissed. I'm not that much of a grammar Nazi, although I do think spelling counts, and I'm overly fond of the semi-colon, but what distresses me is that the dismissiveness, the act of not caring, seems symptomatic of a larger contempt for expertise, for informed debate. Somebody, maybe from the CDC, commented about the anti-vaxxers, "Science is just another voice in the room." In other words, everybody gets equal time, no matter that common sense calls bullshit.

I'm well aware that I could be accused of falling into a You-Kids-Get-Off -My-Lawn thing, and that what I'm saying is by definition elitist, but that's the whole damn point. When language loses coherence, when it loses exactness, it loses utility. You can't share an agreed-upon reality if you can't even describe it. Is this political? Of course it is. The politics of language is about ownership. If we surrender ownership, we lose the gift of speech itself.

I knew things were going to hell in a handbasket when I heard nuclear weapons called "peacemakers" and civilian casualties called "collateral damage." Today, social security and Medicare are called "entitlements" (meaning, you don't deserve what you paid for).
I agree 100%.

Twain also said, "There's a world of difference between lightning and a lightning bug."

Words are vital because they're all we have to build our fictional worlds. And sometimes, people don't understand that. Especially the "fictional" part and the "suspension of disbelief" part.

The late Warren Zevon talked about people taking exception to a line in his song "Carmelita" because he put a chicken stand on the wrong street. He was worried about the rhyme and meter and made up the chicken stand, but people had fits.

And how many times do we see incorrect police procedure or firearms usage? Still...

I now have a standard disclaimer in most of my books that I've changed the geography of some locations to make the plot move more smoothly.

You're preaching to the choir. Every "Drive Slow" traffic sign grates upon my driving.

A long ago landlady was having trouble posting with a matchmaking / hook-up web site. I got her registered and offered to correct the grammar and spelling errors in her profile. She declined, saying it was just fine. I don't know if she thought good grammar was uppity, or she just didn't care.

I worked in France and experienced first-hand some of the dictionary decisions, such as l'ordinateur for computer.

You mention dismissiveness and contempt, which is often passive (like the landlady), but often it can be active and hostile. The poor abused word 'woke' is often done with a superior sneer, indicating they don't have a clue who fought the battles long before they were hatched.

I was watching a video of students one-sidedly arguing cultural justice. One girl who seemed to think of science as a sort of witchcraft. She made this remarkable comment, "Science is a weapon of the white male to fool and subjugate the rest of us into going along." One lone figure started to question the premise, but was cut short by the group leader.

I used to wonder how societies could slip into barbarism in dystopian novels. Sadly, I've learned.