End of the Long Strange Trip


by Steve Liskow
Last Tuesday, Robert Hunter died at age 78 with his family around him. Unless you were part of the counterculture of my generation, the name means nothing to you. But Thursday night, an entire room sang along when I performed one of Hunter's songs at an open mic--even though I didn't identify the song before I played it. 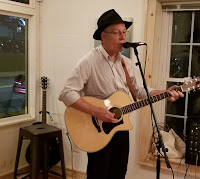 Hunter was the chief lyricist for the Grateful Dead. He played several instruments himself, but wrote most of his songs in collaboration with Jerry Garcia or Bob Weir, and never performed with the band. I'd say he wrote most of the Dead's greatest hits, but they only had two legitimate hits 15 years apart. They released few singles and built their rep on long and often improvised concerts. They seldom performed with a set list and would segue from song to song by jamming. Some nights worked better than others.

Hunter's songs often feature a turn of phrase that sticks in you mind. "Truckin'" has the line about "What a long strange trip it's been," often quoted by people who don't know the source. That same song mentions a drug bust in which the band is "set up, like a bowling pin." In another of my personal favorites, "Sugar Magnolia," Hunter says of the woman in question "She comes skimming through rays of violet/ She can wade in a drop of dew." 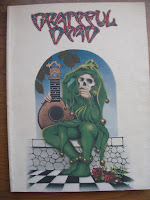 Hunter combined word play with concrete detail to tell stories. In "Cumberland Blues," his miner tells his beloved, "Gotta get down to the Cumberland Mine/ Make good money, five dollars a day." Because of his details, he could make his work sound like whatever time period worked best to convey his ideas. He once told of attending a Dead concert anonymously and having the man sitting next to him comment about how weird it would be if the guy who wrote "Cumberland Blues" a century before (!?!) could know now that the Grateful Dead were performing it that day.

Even though the Dead seldom showed up on radio ("Truckin'" and "Touch of Gray" are exceptions), many of their songs get play at open mics. A friend plays "Eyes of the World" regularly. Bluegrass bands often perform "Friend of the Devil," which originally featured a mandolin break in the acoustic recording. "Uncle John's Band" and "Sugaree" get lots of stage time, too. "Brown-eyed Woman," on my own set list. has a strong story-line and the comment about moonshine "The bottle was dusty, but the liquor was clean." 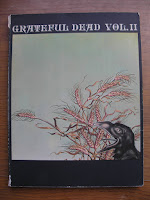 When I played "Ripple" last week, with nature images that seem to combine the Romantic Poets and a Zen feel, the whole room joined in on "Let there be songs to fill the air" at the end of the second verse. More voices joined in from there until the "la da da da da..." fade out. They even dropped out so I could play the last line as a harmonized guitar riff.

Hunter's "Terrapin Station" Suite is an homage to story telling and creative vision. It's on the album or CD of the same name and has the invocation, "Inspiration, move me brightly." 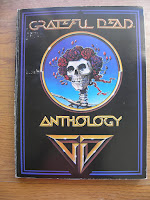 Every writer knows about THAT. Or should.