by David Edgerley Gates
I wrote a story a couple of years back called "A Multitude of Sins," that got left out in the rain for a while, and eventually appeared in the January/February issue of Alfred Hitchcock. But how the story worked its way from the back row to the front seats illustrates something about our writing habits, and squirreling away the odd detail. 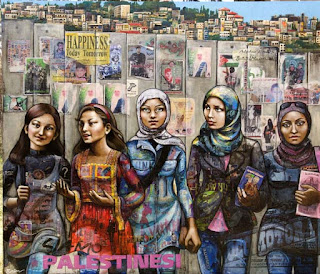 "A Multitude of Sins" is about the serial unsolved murders of women in Ciudad Juarez, the so-called feminicidio, which has been going on for the past fifteen years or so, or perhaps more to the point, since the establishment of the maquiladoras along the border.

If you don't know what I'm talking about, the maquiladoras are an enterprise culture, factories established on the Mexican side, by American corporate, what they produce exempt from duties and tariffs. The idea, not in itself a bad one, is to provide jobs and raise income levels. If you consider that girls form the countryside might previously have spent a few years in the whorehouses of Villa Acuna or Piedras Negras, this seems like a better deal, or at least disease-free. It might remind us of the New England mills, early in the 19th century, when they recruited young female labor from the local farms, and put them up in dorms, and sent them home afterwards with a nest egg. Assuming they didn't lose a finger or an eye to the heavy machinery. 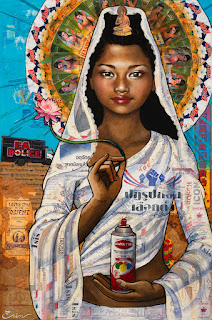 The problem here, and you can see the punchline coming, is that the girls crowding in to work at the maquiladoras develop the characteristics of a herd of wildebeest, and the predators wait in the tall grass to pick off the weak, the newborns, the stragglers. Four thousand deaths, by some accounts. Hard to write it off as a statistical blip. 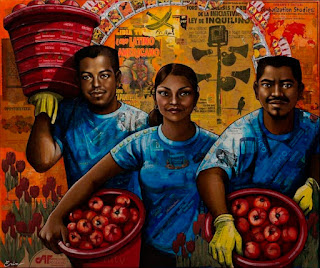 So, not focusing on this, just having it in the background, my peripheral vision, I run across a story about bones being dug up at a building site west of Albuquerque. Dead girls, it turned out, maybe a dozen of them. Best guess, a window of four years, they were buried out there. Dental records identify some of them as reported missing by their families. They were in the life - they were users, they were hookers. You can see where I'm going with this. They were picked off when they fell behind. 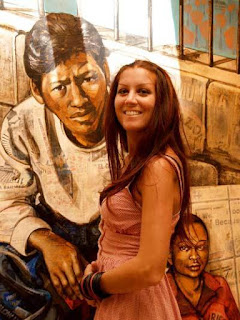 But the murders stopped. This graveyard had a start time, and a cut-off. What happened? Maybe the guy was doing time. Maybe he died. Maybe, my reptile brain suggested, he left town. He went to more fertile ground, where dead girls weren't even being noticed. What put this in mind was a series of portraits, an exhibit by the artist Erin Currier. She did a show of imaginary pictures, this is who these women were, these dead women in Juarez. They had names, they had moms and dads, they had ambitions, they had audacity. They had their own interrupted memories. 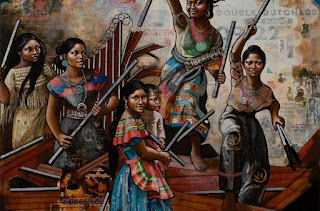 I'm thinking, wait one. There's a way to use this. Not to trivialize it, but a way to tell a story. And so I did.