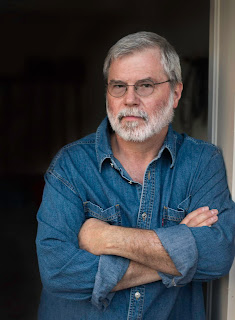 I’ve been so busy the past month that I’ve not had time to draft something pithy and thought-provoking. In August, I traveled to Colorado to attend the debut of a play written and directed by my youngest son. Then Temple and I traveled to Indiana to visit my daughter—whom I’ve not seen in eight years—and her family, which includes grandchildren we met for the first time. Before, between, and after the trips, I’ve been reading through submissions to a special issue of Black Cat Mystery Magazine and working on Season 2 of Guns + Tacos (due out in 2020) and Mickey Finn 2 (due out in 2021).

So, I dove into the files and found the following, a presentation I gave to the Mystery Writers of America’s Southwest Chapter at their September 2018 luncheon in Houston.


SHORT STORIES: FROM CONCEPT TO SALE, HOW THIS FORM CAN SATISFY

I write short stories. A lot of them.

In a publishing environment where many writers bemoan the lack of markets for short fiction, I’ve placed more than 1,200 short stories. That’s 4.2 million words, give or take, or the equivalent of 70 short novels.

When I began writing as a teenager in the 1970s, short story publication was considered the first step to becoming a genre novelist. Writers learned their craft by publishing short fiction in the popular magazines of the day before grappling with the complexity and length of novels. They established writing credentials, providing heft to their query and cover letters, and developed a readership before their first novel ever hit the wire racks at the grocery store.

That doesn’t seem to happen much today, and many writers, perhaps encouraged by the ease of publication offered by low-cost self-publishing, leap directly into novel writing without first establishing their writing skills and publishing credentials. Among those who succeed as novelists, some write short stories as an afterthought and some established novelists write short fiction only at the invitation of anthology editors. Whether they succeed or fail as novelists, few writers make a sincere effort to write short stories and fewer still earn a significant portion of their income from short fiction.

Writing short fiction has several advantages over writing novels. A writer who devotes time and attention to short fiction can explore different genres, can experiment with different styles, and can develop a familiarity with several genres faster than most novelists. Additionally, short story writers quickly discover which genres play to their strengths and can avoid, or at least mitigate, the career damage caused by spending too much time dabbling in inappropriate genres.

As high school students, my best friend and I were determined to become the next Isaac Asimov and Robert Heinlein. For several years I kept science fiction short stories circulating among all the professional and semi-professional science fiction magazines, but I achieved only modest success. On the other hand, after encouragement from the editor of a men’s magazine, I sold the first three mystery short stories I wrote. I have since sold short fiction in nearly every genre—with particular success in crime fiction and women’s fiction—and I continue to try new things.

Markets for short fiction no longer assault you at every magazine rack the way they did during the heyday of the pulp magazines or even during the 1970s when I began my career. Back then I could easily locate several dozen magazines devoted to short fiction—mystery, science fiction, and women’s fiction the most prevalent.

Finding markets for short fiction, therefore, becomes a literary treasure hunt, one that only the truly dedicated attempt. I regularly stand at magazine racks and thumb through magazines I don’t normally read, looking for evidence of short fiction. I also search for on-line publications and print publications that maintain an on-line presence, looking for publications I can’t find at local newsstands. Sometimes what I find is clearly identified as fiction; sometimes it isn’t. For example, the short stories I used to write for True Story were presented as if they are, in fact, true.

Literary and small press publications—both on-line and in print—also publish fiction. Unfortunately, they often pay little or nothing. Prior to submitting to small press publications, I examine them carefully to determine if the stories they publish are well written and presented in a professional manner, if the contributors include writers well-known in their genre, and if any stories they have published have later been nominated for awards or been included in best-of-year anthologies.

General interest magazines are increasingly hard to find as publishers target narrower and narrower demographics. So, one of the most important things to remember in today’s publishing environment is the need to write to market.

On a more practical level, I determine how many short stories the magazine publishes each issue, the length of the stories, what genre or genres are represented, and any stylistic requirements the magazine may have. Once I’ve done all that, it’s time to write.

The keys to successfully placing short stories—presuming basic literacy and some minimum level of talent—are high productivity and dogged determination. Beginning August 2003 and ending May 2018 I had one or more—sometimes as many as nine!—stories published each and every month. That’s 178 consecutive months. And beginning in July I’m three months into a new streak. That doesn’t happen without producing a lot of material.

While I don’t write fiction every day and don’t set daily page count or word count goals the way other writers do, I do set goals. I determine how many sales I’d like to achieve in a given year, and then I determine how many short stories I must complete to reach that goal. When I first began pounding the keyboard as a teenager, my goal was to sell one story. To anybody. After I achieved that, my goal was to sell a second story. Back then I completed dozens of short stories for each one that finally reached publication. My odds have improved since then and I now complete approximately eleven stories for every ten that sell.

I also keep manuscripts circulating on the firm belief that my work will be published eventually. These days some of my stories are written on assignment and many others are accepted by the first or second editor to read them—in part because I’m a more experienced writer and in part because I have a better understanding of the markets—but a few of my published stories were seen by dozens of editors before acceptance and one story—“I Can’t Touch the Clouds for You” (Sun, July 25, 2005)—spent thirty years visiting slush piles before reaching print.

Writing short fiction has allowed me to entertain many readers, to work with editors across multiple genres, and to generate steady income from writing while developing my craft.

And, if I ever decide to write another novel, I’m going to have one hell of a cover letter.

My story “Love, Or Something Like It” appears in the forthcoming Crime Travel (Wildside Press), an anthology of time travel mysteries, edited by fellow SleuthSayer Barb Goffman. Learn more and preorder here.