Thornes and Roses – The World of TK Thorne 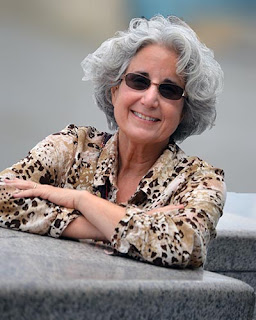 T.K. Thorne, a retired police captain, woke up one morning and decided to wildly depart from her previous writings to explore murder, mayhem, and magic in her newest novel, House of Rose, where Birmingham Police Officer Rose Brighton discovers she is a witch of an ancient line. Set in the Deep South, House of Rose is the first book in the Magic City trilogy. T.K.’s previous works include award-winning historical novels— Noah’s Wife and Angels at the Gate— and nonfiction. Last Chance For Justice, detailing the 1963 Birmingham church-bombing case. She writes from her Alabama mountaintop, often with two dogs and a cat vying for her lap.

The first thing most people say to me when they learn I was a career cop is, “Oh? You don’t look like a policeman.”

This is a good thing because I’m a woman.

Perhaps at 5’3”, I don’t fit the stereotype in their minds. That’s not worrisome to my self-image because during my 20+ years in the Birmingham (Alabama) Police Department, it never occurred to me that I was too small … other than the annoying fact that my hands couldn’t fit properly around the gun’s grip. Not only did I have to figure out an alternate way to shoot, there were other challenges.

In those early academy days, we had to carry the fifty bullets needed for the firearms qualification tests in our pants pocket and dig them out to reload with one hand (the other held the gun). Tight time constraints for firing and reloading were in place to try to replicate some of the stress of being under fire. If I pulled more than six bullets at a time out of my pocket, it overwhelmed my hand’s capacity to manipulate them into position to reload. Bullets tumbled to the ground, making it impossible to reload in time. With practice, I developed the ability to blindly grab exactly six bullets at a time. I’m inordinately proud of that now useless skill.

Since Joseph Wambaugh’s controversial Choir Boys appeared in 1975, the number of law enforcement authors has grown, but they’re still an anomaly, and so I get to surprise with the double whammy of being a retired cop and a writer. I’ve learned to deal with the “You don’t look like a policeman,” reaction with a smile and a simple, “Thank you.” And when I explain my latest novel is about a young police woman in Birmingham, Alabama who discovers she’s a witch, I get an even more fun reaction—“Is it autobiographical?” And an even more fun answer—“Yes.” 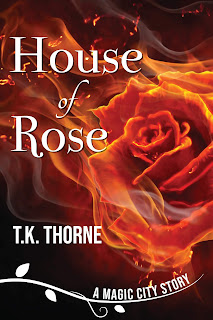 Ironically, my new novel, House of Rose, is the first one to pull from my law enforcement background. Previous writing adventures took me to the ancient past with two historical novels about women in the Bible who get no name and one line (Noah’s wife and Lot’s wife) and to my city’s civil rights days as nonfiction.

Then Rose came into my life. Rose Brighton is a rookie police officer, a somewhat prickly loner, surprised that she loves the job and determined to make it despite the challenges. She is also is a young me—only taller, with adequate-sized hands, exotically beautiful … and a witch.

It was love at first write.

Magic is not an element to introduce into a story without serious contemplation. It must exist within the fictional world as a “realistic” element within the story structure. The rules of how it works must be internally consistent. Also, it needs to match the voice of the story’s narration. A light-hearted, humorous approach, such as a fairy story or a comic book-based type of story (think Once Upon A Time or Dr. Strange) can get away with more loosey-goosey magic. That said, any story can include humorous elements. I had a great time playing the traditional broomstick-and-potion concept of witches against the real-(story)world powers of three ancient Houses whose members derive their magic from the three ores used to make Birmingham steel—coal, iron ore and limestone.

Orson Scott Card says magic must have a cost. I would add that all power, to include magic, needs to have limits. Frodo’s ring in The Fellowship of the Ring allowed him to be invisible, but at the same time, exposed him to Sauron's deadly wraiths. Harry Potter had to learn to use his wand and get the memorized spells exactly right or bad things could happen. Even Superman has to avoid kryptonite.

The rules of magic within the world you’ve created must be obeyed. Additionally, the use of magic needs to play a role in moving the character and plot forward. At the same time, it can’t substitute for the character’s need to make choices and face consequences. Merlin mustn’t show up and save the day (unless your character has worked and sacrificed to free him from his ice prison). In House of Rose, the ability to see the future is not something Rose controls and when it happens, she is left with a debilitating headache and serious complications in her life, not to mention her job as a police officer.

Magic Checklist
As a writer, I want to be as intrigued and entranced as my readers. Writing a novel is a long term commitment. Despite the challenges, magic—used well—can add spice and depth. For me, weaving magic “realistically” into a crime story was a bit like learning to blindly pull exactly six from a pocket full of bullets. It seemed improbable at first, but maybe learning that skill was not such worthless endeavor after all. Maybe it was a reminder that anything is possible.

Even a police-witch.
Posted by mystery guest at 00:00