by Steve Liskow
Even though I have never officially been diagnosed, I'm mildly dyslexic. I've know for about 40 years, mostly because when I taught, I noticed characteristics in students' writing that I'd learned were red flags...and I had them, too. Nobody noticed them in me because I read well enough so my teachers paid little attention to me unless they needed someone to read a long passage in our primer aloud.

My writing didn't display many of the usual signs until I reached my late 30s. By then, I wore bifocals and my astigmatism was also a problem. I became aware that when I was tired, my cursive writing ran words together if the last letter of one word was also the first letter of the next one: thevening or sociallimits, stuff like that. It wasn't an issue when I typed. 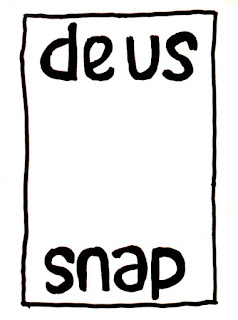 My main problem comes out with numbers. The usual term is "dyscalculia," but that's not accurate in my case. I have little trouble with math or arithmetic facts. I still do calculations (accurately) in my head, and I loved plane and solid geometry in school. But I'm apt to reverse digits if I write a series of numbers. Credit card numbers, account numbers on invoices, and other such financial documents become a true adventure.

When I was in grade school, I often had one wrong answer on the weekly arithmetic tests, and with the benefit of 50-plus years of hindsight, I understand that the problem was always written at the extreme far side of the chalkboard so I saw it at an angle. My arithmetic was correct, but I would copy one digit inaccurately and the teacher marked the answer wrong without looking at my work.

Years later, when I became a teacher and we used computers in the classroom, students would come to me early in the year and say they couldn't find their grades on the printouts I posted. I posted by ID number to maintain anonymity (although everyone knew who got the best and worst marks), and I found that I reversed digits in the six-digit student numbers. Oops. Once I knew that, it became standard for me to warn kids the first day of class. In fact, it became one of my popular stand-up routines.

Now that I'm retired from teaching, I've discovered a new twist to my dysfunction. I'm trying to teach myself to play piano (pause for uproarious laughter) and I occasionally play the wrong staff with one hand or the other. Since the notes occupy different positions on the respective clefs, it creates some frightening harmony. Some jazz buffs or Schoenberg fans might love it, but my ear is good enough to recognize dissonance when I hear it. (Years later, I wonder if dyslexia helped Victor Borge play piano compositions upside down, which I often saw him do.)

I've played one instrument or another since age 10, but I don't read music well (although my grasp of theory is solid--go figure). Part of that could be lack of practice. As a guitar-playing friend says, "If God wanted us to read piano music, He would have put our eyes above one another." The good news is now that I'm trying to read music more often, I seem to learn new songs more quickly.

Another small bonus to dyslexia is my passwords on various sites. I often use names or quotations BACKWARDS and seldom have to think about them because spelling backwards is not a big deal. Think of palindromes. "Able was I ere I saw Elba," for example. My wife needs a printout of all of them because she can't spell that way (pause to gloat). However, she can read printed material upside down.

By the way, if you recite

the alphabet backwards, you'll discover that the rhyme and rhythm are even more lyrical and easier to remember than the "correct" way: