The Way We Talk, etc.


by Steve Liskow
Back in the early eighties, I dated a social worker who worked at a clinic dealing with hardcore juvenile offenders. Her colleagues regarded her as a walking miracle for her ability to connect with kids who had severe issues of all kinds: emotional, behavioral, learning, you name it. She could get them to talk to her and reveal information they wouldn't tell anyone else, and she often put them on the path to recovery.
I taught at an inner-city school where a lot of my students had the same problems, albeit to a lesser degree, and I asked her how she could do what she did. She told me about a book by Bandler and Grinder called The Magic of Rapport. I find that title by Jerry Richardson on Amazon now, and other books by Bandler and Grinder, but the book I read forty years ago seems to be out of print. I'm sure Richardson's book covers the same material.

Briefly, people process information in one of three ways, and they prefer one over the others.

Roughly 75% of all people are VISUAL, which means they learn by "seeing" or "watching." Show them a diagram or picture, act something out, and they will grasp and retain what you what them to know. This is why teacher write on the board and why PowerPoint has become so popular.

Another 10 to 15% are AUDITORY. These people understand what they are told and can process verbal instructions well. Unfortunately, even though it's a small portion of the population, it's an overwhelming majority of TEACHERS, which is why you may have sat through classes with instructors who lectured you to death. 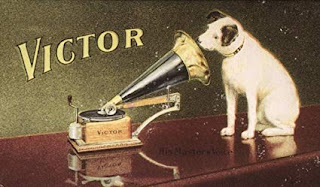 The rest of us are KINESTHETIC. They learn a skill by practicing it over and over and handling the objects in question, literal "hands-on" teaching. They may retain information by remembering the sensations during an activity: temperature, smell, or even their emotional response to what happened. 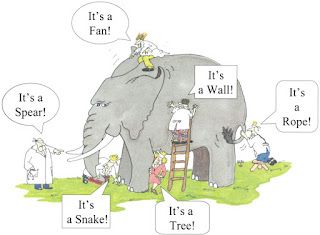 Thanks to that girlfriend whom I haven't seen in decades, I started experimenting with this information. Professional development workshops on the concept, called "Perceptual Modes," began to appear in my school system in the mid to late 1990s--fifteen years later.

You can see why the concept could be important in the classroom, but I use them in writing, too.

"How?" you ask with bated breath (I get this reaction a lot. I put it down to my dynamic presentations).

Well, people tell or show their preferred mode through their behavior. They way they talk, stand, or move all give you clues, and you can use the traits to make your fictional characters more varied and specific. The concept helps you create more personalized dialogue, too.

Let me SHOW you how (see the visual cue there?).

VISUAL people tend to dress neatly and have good posture. They look at you when you speak. 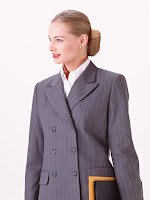 When they talk, they tend to use visual metaphors, too. They'll say "That LOOKS like a good idea."

Auditory people often tilt their head when they listen to you. They may speak more softly and they would state the idea above as "That SOUNDS good," or maybe even refer to music or harmony. These people gravitate to professions where listening is a valued skill: teaching, translating, sound recording, social work.

KINESTHETIC people are at home with their bodies. They may (not always) appear a little heavy, but they move gracefully. They value comfort and often dress more casually (I, for example, almost always have my sleeves rolled up). Many of them are dancers, athletes, or actors. They are empathetic (care-givers) and may touch you while they talk. Many of them hold an object to ground themselves. Remember Captain Queeg in The Caine Mutiny? I often unconsciously twirled my wedding ring or a ballpoint pen during class discussions.

Kinesthetic people can sense the atmosphere and moods of other people in a room. They're aware of senses beyond sight, often noticing the temperature or a smell that nobody else does. They will say "That FEELS like a good idea" and learn quickly from mistakes. They seldom read instructions, but they are the actors who can use "Sense Memory" and "Emotional Recall" to rehearse a scene or develop a character in a play.

Beth Shepard, Zach Barnes's girlfriend in my Connecticut series, is kinesthetic. She's gorgeous but prefers to dress casually. She's a former dancer and high school majorette, very in touch with her body. I gave her contact lenses because she's legally blind without them. Someday, I may let her have lasik surgery.

Zach Barnes is auditory. We know that because he's a good listener. One of my books hinges on his hearing a clue in conversation that nobody else "heard."

Zach's friend and and researcher, Svetlana Melanova Thirst, is kinesthetic, too. She's sinfully sybaritic, and a self-taught computer hacker. She learned by doing.

I also use this information in my dialogue workshops. If you have five people in a scene and they all are visual (the most common perceptual mode), you need more speech tags to help the reader keep track of who's speaking. On the other hand, if a man and a woman are visual, another man is auditory, and the last man and woman are kinesthetic, their speaking styles may be all you need.

"It looks to me like the butler did it." Tome leered at Pam's perfect latex ensemble.

"It seems that way, doesn't it?" Pam admired the cut of Tom's jodhpurs and winked back. ("Seems" is the passive version of "look," too)

"Sounds wrong to me," Walt said, leaning toward the window where he thought the butler and maid were eavesdropping.

"It doesn't feel right to me, either." Jack rubbed his fingers over the blood-stained carpet.

"Something smells fishy to me, too." Patty scratched her nose and walked around the room, picking up the various heavy objects that might have bludgeoned Mr. Corpus to death.

A few years later, I stumbled on The Art of the Possible by Dawna Markova, which expands the original concept to show how people use all three modes, but in different combinations. The writing is less than lyrical, but it can help you understand how different types of thought processes will develop an idea or behavior. That book was the first one that proved many of my apparent inconsistencies really make sense.

Now for the BSP: My story "Par for the Corpse" appears in the first April issue of Tough.

And congratulations to Art Taylor, who won the Edgar Award last Thursday for best short story.