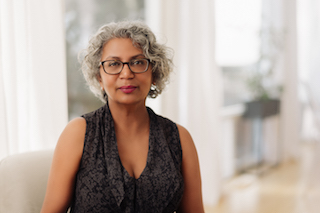 Doctor John Doe (DJD) is a radiologist. That is not his real name, but it is his real profession. DJD is the doctor who reads CTs, MRIs and various other images that help diagnose illness. He is dedicated, competent, and once said a line which should be famous: ’When life hands me a lemon, I put it in a bag, find the person responsible and hit them over the head with the lemon.’ I adore him because feisty is always the way to go in life.


I asked him about his thoughts on murder:


DJD: I would be interested in seeing a two victim murder, in which the murderer uses the first victim as a pawn, believing that their death will cause such a deep grief for the the second victim, who is the person the murderer really wants dead, that their staged suicide will appear plausible. To the murderer, it appears like an undetectable crime. The murderer gives the first victim  a blow to the head and then throws them down the stairs or in front of an oncoming car, making it look like a terrible accident.


The second victim is someone who deeply cares about the first. They could be murdered by numerous means made to look like a suicide resulting from grief. Often people are prescribed sleeping pills or anti-anxiety meds to cope with a grievous loss. DJD suggests one easy way to kill them is to get them drunk and grind a deadly dose of the pills they have on hand into one of the drinks. At first blush, this looks like a drinking binge of a depressed person who decided to kill themselves because of grief. The murderer simply has to leave the staged evidence of a booze bottle and an empty, opened pill bottle.


Could the chain of murders be unraveled, starting with a critical examination of the first, apparently random act? The radiologist could first examine cutting-edge radiological evidence postmortem.


DJD is sometimes called in when the coroner has questions about the cause of death. For example, did the blow on the head occur before the car accident, or was the victim lethally struck on the head and then pushed down the stairs? Using radiological evidence, that distinction can be made.


Although the forensic autopsy still remains the gold standard for post-mortem forensic assessment, the ‘virtopsy’ is catching up, sometimes augmenting or even replacing the autopsy. When there are religious or other reasons for excluding an autopsy, the virtopsy is the only evidence available. Sometimes, even with a pending autopsy, a virtopsy will be used.


A virtopsy is the pre-autopsy whole-body CT or MRI scan, used to identify cause of death. Some studies have shown that a CT scan may be more effective in detecting some causes of death, and that the imaging may be better than a full autopsy to detect such causes of death as intracranial pathologies (such as strokes) and pneumothorax.


If someone is killed first, say with a blow to the head, and then pushed into the path of an oncoming car or thrown down a flight of stairs, most people assume that the serious and extensive injuries of the fall or impact will hide the original blow to the head. However, careful examination for the radiological evidence can clarify the timing of the injuries. And again, this can be done even if the family rejects, for religious or other reasons, a full autopsy.


Impact from a car or a fall may show multiple bone fractures of the skull, ribs, vertebrae and extremities, as well as damage to organs. However, these impact lesions will lack the relevant surrounding hemorrhage which would have been expected under these circumstances. In short, if you die before impact, the lesions of impact will bleed less because your heart isn't pumping blood. This bleeding pattern will help identify the actual blow that caused death because of the extensive hemorrhage at that site of injury.


This new radiological post-mortem examination is a cutting edge means of identifying cause of death and timing of injuries that were sustained. We will, I think, hear more about it as the techniques evolve.

One interesting use of CTs is identifying those who have been poisoned and then hit by a car or who have sustained other injuries. The amount of blood from impact injuries is reduced when the victim is previously killed by any means, including poison.


A complex chain of events, like DJD’s proposed double murder, can be unraveled by tugging at the simplest loose threads. For radiologists, a virtopsy provides a cutting-edge method to find these loose threads and exploit them.
Posted by Mary Fernando at 00:00