Robert Lopresti mentioned here at SleuthSayers a few weeks ago that he enjoys reading behind-the-scenes reports about the writing of short stories. Where authors get their ideas, where they find their characters, how they come up with titles, how/why they construct plots in a certain way. And Art Taylor's column yesterday featured some of those stories-within-the-stories from the current Anthony Award nominees.

I agree with Rob, and Art too--I think that kind of thing is fascinating. Because of that (and because I couldn't think of anything else to write about, for today), I decided to post a "look-inside" view of my short story "Rooster Creek," which appears in the current, and debut, issue of Black Cat Mystery Magazine.

First, a word about that issue. One of the thrills, for me, of being included there was the fact that just about every author in the story lineup is a friend of mine. I've always especially enjoyed reading stories written by people I already know, and this was a chance for me to do a lot of that. I'd like to take this opportunity to once again thank John Betancourt and Carla Coupe of Wildside Press for allowing me a spot at the table with such talented writers.

"Rooster Creek" is a 7500-word tale that combines three genres: western, mystery, and (to a lesser degree) romance. That was an easy choice for me, since (1) I've always been crazy about westerns, probably because I grew up watching so many on primetime TV; (2) I'm sappy enough to like a good love story; and (3) one of the job requirements of working in the SleuthSayers asylum is a fondness for anything with an element of mystery/suspense. 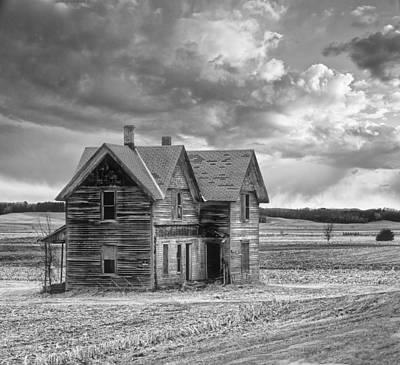 Here's a quick description of my story: After the death of her mother, twentysomething Katie Harrison is traveling cross-country by stagecoach to live with her older sister, and stops along the way to visit her childhood home. She runs into a multitude of problems, including the theft of her cash and luggage, and is forced to remain at the remote homestead as a servant to its current owners, Maureen and Jesse Carter, until she can earn enough in wages to continue her passage west. At the core of the story is a mystery: the Carters' former housemaid has disappeared, and Katie soon suspects that she's been murdered. With the help of two unlikely allies--a giant black handyman named Booley Jones and a traveling firearms-salesman named Clay Wallace--Katie burrows deeper into the strange lives of her employers/captors, and she eventually winds up alone and fighting for her life.

Structurewise, I decided early on that this story needed to be "framed" such that it begins very near the end then flashes back to the beginning and tells the story in the past. The action then builds to the point where the reader left off, and the climax and conclusion follow shortly afterward. This nonlinear approach--the first scene is sort of a glimpse-into-the-future prologue--doesn't always work, but when it does, I think it can make for more effective storytelling. I hope that's what I accomplished here.

Having said that, here are the opening paragraphs of the story:


Katie Harrison swallowed hard, took a deep breath, and looked out at the greenish-brown plains and hills stretching away to the horizon. Sparrows flitted and chirped in the branches overhead, and even in the dappled shade the midday sun was warm on her shoulders. But Katie barely heard the birds, barely felt the heat.

Underneath her feet, the chair shifted an inch, and her heart lurched. She winced as the noose tightened around her neck. The fingernails of her bound hands bit into her palms, behind her back. Then the wobbly chair on which she stood stabilized and she let herself breathe again. Above her, although she couldn't see it, the rope was looped over the limb of an oak that had once supported a wooden swing that she'd played on as a child, twenty years ago.

Ten feet away and to her left, a silent and stonefaced woman with red hair sat and watched from a second chair. Beside the redheaded woman stood a huge black man in a battered hat and bib overalls. His face, usually relaxed and peaceful, had a pained look. Katie had met both of them only a month earlier, after she'd trudged empty-handed and muddy all the way up the wagon-rutted road from the town of Perdition. Only a month. In one sense, the time had passed quickly; in another, it seemed like years since she stopped down off the stagecoach from Lincoln Wells and asked the old fellow behind the counter in the stage office where she could hire a buggy to take her up the old north road.

Ain't much out that way, he had said to her, hunched over his paperwork.

I know, she'd replied. That's where I grew up.

And then we hop back to a scene with her in the stagecoach office, and the real adventure begins there.

Another point, about the structure of this story. As in most novels and screenplays and in some longer short-stories, a lot of elements of the mythic-structure/heroic-journey model apply here. First, in Act 1, there's the heroine's usual and uncomplicated life, then a "disturbance" that upsets the routine (in this case, her inability to rent transportation to get her where she wants to go), then an unexpected encounter (with a young boy who needs her help) which delays her acceptance of the "call to adventure," and finally her eventual crossing-the-threshold transition into unfamiliar and threatening territory. Act 2 features the appearance of mentors and allies (a kindly hired hand and a traveling gun salesman), several run-ins with evil forces, steadily rising action, and finally a crisis/setback that paves the way for the climax. Then, in Act 3, there's the final confrontation between the heroine and the villain and the heroine's later return, as an older and wiser person, to her everyday, pre-adventure life. The old hero's-journey template still works. 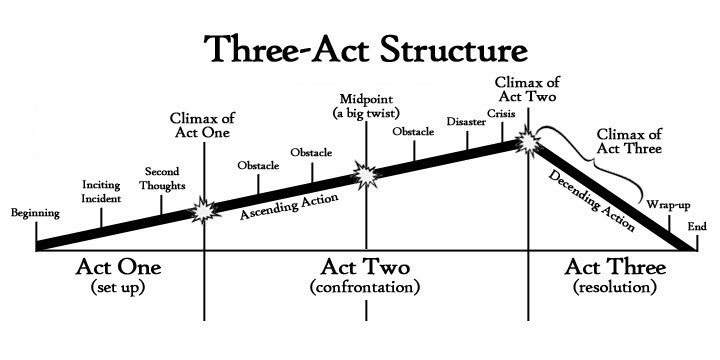 I knew before I started writing "Rooster Creek" that I wanted the protagonist to be a strong-willed young woman, which is a little unusual for me, and it turned out later that the main antagonist was a woman as well, which was a lot unusual for me. But it seemed to fit, and the more I got into writing about the villain the more I could see her and hear her. I even had the villain always speaking of herself in the third person, which (as fellow SleuthSayer Janice Law and I discussed, when we talked about this), made her seem not only weird but even more sinister. These crazy little extra "quirks" can be the difference, I've found, between a merely okay character and a really vivid character. Janet Hutchings told me a couple of years ago that one reason she bought one of my mysteries for EQMM was that my main female character was seven feet tall. But that--literally--is another story. The hired hand in this piece, Booley Jones, is a composite of a number of folks I knew, growing up in small-town Mississippi, and the same is true for some of the other characters. As for detailed descriptions of the players, I never do much of that. I can see these people clearly in my imagination as I'm writing about them, but I think it's important that the reader be allowed the freedom to also imagine what they look like. Stephen King once said, in his book On Writing, "I'd rather let the reader supply the faces, the builds, and the clothing as well." I'm no Stephen King, but I think that's good advice.

One more thing. The title of this story was a result of my not being able to decide on a satisfactory title even after the writing was finished. I tried using embedded phrases, characters' names, double meanings. and just about every other technique, and when nothing worked, I came up with the name of a geographical feature instead--Rooster Creek--and went back and set the house and farm and most of the action alongside its willow-shaded banks. Sometimes simple is best.

And that's the story of my story. If you read it, I hope you'll like it, and even if you don't read it (or don't like it), be sure to read the other stories in the magazine. John and Carla have put together a great debut issue.

I liked the story and I like the behind the scenes story, too!

Janice, thanks so much! Enjoyed talking with you about all this earlier, too.

Many thanks, Alan. Yep, it's fun when we happen to be together in an issue--hope it'll happen again soon!

A solid behind-the-scenes look at a rock-solid story, John. See you in Toronto?!

Hey Josh! Thanks so much. I also enjoyed your (two!) pieces in that issue.

Sadly, I'm not going to be able to make B'con this year. Hope all of you have a great conference!

I always enjoy learning how other writers think/work, John, and I'm constantly amazed at your output (and that of several others here).

I'm also excited to find a new market taking a chance on short stories because so many of the old markets are fading away.

Great overview and master/mini class in how it's done.

Thanks, Steve. I too am always amazed at how differently we all work, to come up with stories that are basically just different versions of a limited number ( some have said twenty or so) master plots.

And yes, I'm excited too about another paying market for our short mysteries. One of the best things about BCMM seems to be their willingness to consider a lot of different "styles" of mystery stories.

John, good piece. Something from a master of the short story. Thanks for posting.

Don't know about you guys but I'm so damn tired of proving I'm not a robot to the gods of blog. Dear SleuthSayers, is there ANY WAY to shut this off. Come on, how many times has a robot posted a comment?

Many thanks, O'Neil. And I feel your pain--we shouldn't make it so hard for readers to post comments.

I can vouch for the fact that you're not a robot, and neither am I, but I'm not sure the blogosphere would believe me. (This sounds like a job for Blogger Guru Leigh Lundin, to me . . .)

cj Sez: John, I am absolutely amazed at how close to my grandmother's real-life journey to Texas your Kate's backstory is. I used my grandmother as the basis for the heroine in "Bad Day at Round Rock" in THE POSSE anthology. Thanks for sharing all your great info. All the best for continued successes.

Thanks, CJ. I'd love to read "Bad Day at Round Rock"--I'll head over to Amazon and find THE POSSE.

Best to you also!! Keep me posted.

John, I love Black Cat Magazine and I especially loved your story. So many twists and turns. And yes, the villain was scary. Thanks for the breakdown. I love that.

Pat, I'm pleased that you liked the story, and the magazine too!! Many thanks.

Sorry I didn't have a chance to comment yesterday, John. It was a pleasure to appear in an anthology with you again!

You too, Barb! Thanks for stopping by.