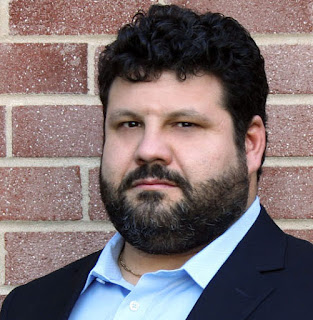 I just ate a flavor grenade.

At least that's what it's branded. It's a pluot. What's a pluot, you may ask? A hybrid of a plum and an apricot, of course. I would say the "flavor" part is a bit of false advertising. It wasn't a fragmentation or thermite explosion of flavor. But thankfully, it didn't taste like a grenade. It was good. But good isn't good enough, is it?

We need a flavor grenade, not a plum.

William Carlos Williams, the poet who elegized Paterson and lived in Rutherford, where he told us of the importance of the red wheelbarrow and the white chickens, also wrote of plums with a beautiful simplicity. He did not say "I'm sorry I ate the flavor grenade that were in the ice box and you were probably saving for later, they were delicious and so cold." Plum was enough.

What does this have to do with anything? Hyperbole is the standard response on the internet, on social media especially. You must love or hate everything, with a razor thin line of "meh" in between. It's okay to simply like something, especially a book. Though I've seen authors have meltdowns when someone, heaven help us if it's another author, give their book a 3 star review. That's still a passing grade, but to some it feels like a knife to the heart.

Personally I don't see a need to let someone know if I disliked a book enough to leave less than a 3. I rarely leave a rant. If it's a book that won't be hurt by my review and I feel strongly about it, I'll say why. But if it's just another author trying to get by, I don't see the need to fling my monkey excretions. I'm not a critic, and I don't want to be one. I want to write my stories. I get to write them, which makes me happy, and when a reader says they enjoyed it, I am even happier. This isn't a business for me, and I am tickled a thousand shades of fuchsia that this is the case.

Not everyone has the luxury of a day job. I have great respect for the full-time career writers, whether their spouse works or not. It ups the stakes. And my less than honest review policy--which boils down to, "if you don't have anything good to say, say nothing at all," is my acknowledgement of those stakes. Now, you do what you like. I'm not judging others, nor suggesting that my way is right or wrong. I'm sure someone will tell me.

This comes up because two of my favorite writers are going out of print. Ones I look up to, who when I was cutting my teeth on flash fiction, were the writers I hoped to be in ten years. After careful study of "overnight successes," I saw that on average, they put in seven to fourteen years in the granola mines toiling away before they were declared an "overnight success." So I gave myself ten years as a goal. I've been pecking away for nearly seven, so I'm on my way. But back to the writers who have been dropped, or whose books are going out of print for the crime of selling five to seven thousand copies. It's a tough row to hoe out there. I'm not going to make it tougher. I wish I could buy every novel my crime writing pals write, but I can't. I use the library, and I review on Goodreads and Big A when I like the book. And if it's not my cup of joe, I keep my mouth shut.

I won't write a dishonest review, so my sin for not leaving 1 and 2 star reviews is one of omission. As a former Catholic, I know those count, but aren't venal. I'm already doing a five to ten in purgatory when Grimmy comes calling, so add it to my jacket. I can do that time standing on my head. I won't say I've never written a bad review, I'm human. If you're on the gravy train and write a book that I think insults the reader by not being your best, I might leave my two cents. The champs can take a punch, get up, and keep swinging. The chumps whine to their "minions" online about it.

Which comes to the other side of hyperbole. A bad review isn't the end of the world. I've had a few that sting, from the kid who said my idea of blue collar comes from Bruce Springsteen--can I help that my dad was a construction worker and my ma was a hairdresser in New Jersey, buddy? or the one who thought the book with a sword on the cover is "awful bloody." Their opinions are theirs, and just as valid as mine. And as far as Bezos is concerned, their 2 or 3 stars are as good as any toward that magical 50, 100, 1000 count that supposedly brings angels singing from on high holding big royalty checks.

I try not to read reviews, really. But you have to take the good with the bad. If I'm gonna crow that Scott Montgomery called my book "James Lee Burke slammed into old-school Dennis Lehane... with a voice all its own" I have to acknowledge the blogger who was upset that Bad Boy Boogie wasn't short and sweet like Stark. The book wasn't for him, but it was for Mr M. (Thanks, Scott).

I know the two writers whose books are going out of print will find new homes at publishers who love their work like I do. They are pros, they write great books, and readers will find them. Who are they? You'll know when their next book comes out and I say how much I loved it. Because there's one duty we do have, as readers and writers, and that's to crow about what we love. If we don't, we have only ourselves to blame if it disappears.

It reminds me of the restaurant biz, where I used to be a food blogger. Whenever a great place shut down, people would say, "I loved that place! We used to go there all the time. Why'd they close?" Then I'd ask them for the last time they ate there. "Oh, uh, six months ago, maybe?"

Why'd they close? There's your answer.
Posted by Thomas Pluck at 00:00