To Noir or to Not Noir

OK - so there's talk of an anthology and someone suggested it be a noir anthology. Someone else asked which definition of NOIR would be used. Good question. Glad we have people who are experienced editors to guide this thing.

I've always listed NOIR as one of the ways a mystery is presented as in HARDBOILED, SOFTBOILED and COZY.

As for the definition of NOIR, I bow to Otto Penzler's definition and here is the quote:

"Noir is about losers. The characters in these existential, nihilistic tales are doomed. They may not die, but they probably should, as the life that awaits them is certain to be so ugly, so lost and lonely, that they'd be better off just curling up and getting it over with. And, let's face it, they deserve it Pretty much everyone in a noir story (or film) is driven by greed, lust, jealously or alienation, a path taht inevitably sucks them into a downward spiral from which they cannot escape. They couldn't find the exit from their personal highway to hell if flashing neon lights ponted to a town named Hope. This is their own lack of morality that blindly drives them to ruin."

Pretty specific, isn't it? By that definition, I've written only a few noir stories in the 400+ I've written.

Dave Zeltserman tells us, "There are no heroes in noir."

I agree with both definitions. Then again, I've heard many who belive noir is more about setting and atmosphere. A story or book with a detective as the hero can be noir if it's dark enough. If that's true, then I've written more noir than I realize.

I've read a number of stories in the Akashic Book anthologies (London Noir, New Orleans Noir, etc.) and many do not fit Otto's or Dave's definion and it didn't bother me. 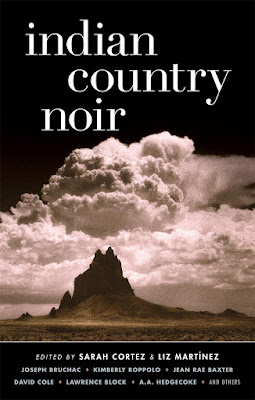 What I'm saying, I guess, is if the editor accepts a story in a noir anthology she or he believes is noir, then it's noir. W. Somerset Maugham tells us, "There are three rules for writing a novel. Unfortunately, no one knows what they are."

And Oscar Wilde did tell us, "A writer is someone who's taught his mind to misbehave."

Maybe the noir discussion is a little like the ones the Sicilian side of family gets into (which includes shouting and biting of hands and putting curses on each other), the one about - is it gravy or sauce. Looks the same to me. I can't figure out of it supposed to be spaghetti and meatballs or meatballs and spaghetti? 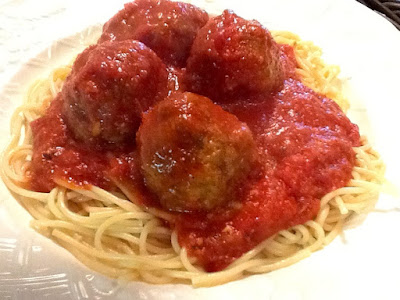 Email ThisBlogThis!Share to TwitterShare to FacebookShare to Pinterest
Labels: noir