Before I get to this week’s post, a little BSP. I’m thrilled to announce that my short story, “Ghosts of Bunker Hill,” was voted #1 in the 2016 Ellery Queen Readers Poll. In fact, I’m blown away. I want to thank everyone who voted for it! And I’m tempted to give Sally Field a run for her money and say, “You like me, you really like me,” or at least my story 😉. If you’d like to read it (and maybe consider it for other awards) you can read it free on my website: http://pauldmarks.com/stories/ 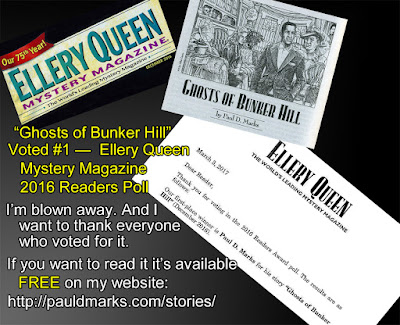 ***
And now to the subject at hand: I recently came across an article in the Chicago Tribune titled “Publishers are hiring 'sensitivity readers' to flag potentially offensive content.” That, of course, piqued my interest. And I will say at the outset that I’m a free speech absolutist. If you don’t like something don’t read it, but don’t stop others from saying it or reading it. 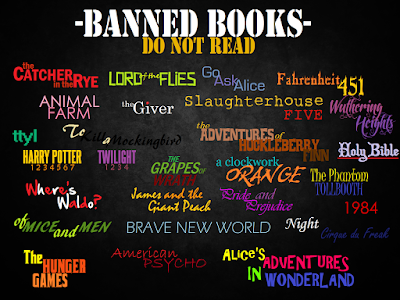 After all, who’s to say what’s offensive? What’s offensive to me might not be to you and vice versa. That said, I see things every day that I disagree with. I don’t like to say that I find them offensive because I think that word is overused and I also think people tend to get offended too easily and by too many things.

As writers I think this is something we should be concerned about. Because, even if you agree with something that’s blue-penciled today tomorrow there might be something you write where you disagree with the blue-pencil. Where does it end? Also, as a writer, I want to be able to say what I want. If people don’t like it they don’t have to read it. I don’t want to be offensive, though perhaps something may hit someone that way. But we can’t worry about every little “offense” because there are so many things to be offended about.

It’s getting to the point where we have to constantly second guess ourselves as we worry who might be offended by this or that? In my novel, White Heat, I use the N word. And don’t think I didn’t spend a lot of deliberating about whether I should tone that down, because truly I did not want to hurt or offend anyone. But ultimately I thought it was important for the story I was trying to tell and people of all races seemed to like the book. I think context is important. But even without context, as a free speech absolutist, I think people should be allowed to say what they want. There used to be an argument that went around that the way to combat negative speech was with more speech, but that doesn’t seem to be the case today. As former Supreme Court Justice Louis Brandeis said, “Fear of serious injury cannot alone justify suppression of free speech and assembly.”

And, of course, publishers have the right to publish what they want. But limiting things doesn’t change much. It just goes underground.

The Tribune article says, “More recently, author Veronica Roth - of ‘Divergent’ fame - came under fire for her new novel, ‘Carve the Mark.’ In addition to being called racist, the book was criticized for its portrayal of chronic pain in its main character.” So now we have to worry about how we portray people with chronic pain. Again, where does it end?

I’ve dealt with chronic pain. Should I be offended every time someone says something about those things that I don’t like. Get over it, as the Eagles say in their eponymous song. The piece also talks about writers hiring people to vet their stories for various things, in one case transgender issues. If it’s part of one’s research I don’t have a problem with that. Or if it’s to make something more authentic. But if it’s to censor a writer or sanitize or change the writer’s voice, that’s another story.

There’s also talk about a database of readers who will go over your story to look for various issues. But again, who’s to say what issues offend what people? Do you need a reader for this issue and another for that? If we try to please everyone we end up pleasing no one and having a book of nearly blank or redacted pages. Or if not literally that then a book that might have some of its heart gutted.

That’s not to say we shouldn’t strive for authenticity but I think this kind of thing often goes beyond that. When we put out “sanitized” versions of Huck Finn or banning books like Alice Walker’s The Color Purple, which has also been banned and of which Wikipedia says, “Commonly cited justifications for banning the book include sexual explicitness, explicit language, violence, and homosexuality.”

The Wall Street Journal also talks about this issue, saying in part, “One such firm, Writing in the Margins, says that it will review ‘a manuscript for internalized bias and negatively charged language,’ helping to ensure that an author writing ‘outside of their own culture and experience” doesn’t accidentally say something hurtful.’ I’m not saying one should be hurtful, but I am saying one should write what they want to write. And if taken to the ultimate extreme then we would only be “allowed” to write about our own little group. And that would make our writing much poorer.

I’m not trying to hurt anyone. But I do believe in free speech, even if it is sometimes hurtful.

We should think about the consequences of not allowing writers to write about certain things, or things outside of their experience. Think of the many great books that wouldn’t have been written, think of your own work that would have to be trashed because you aren’t “qualified” to write about it. There are many things in the world that hurt and offend and that aren’t fair. And let’s remember what Justice Brandeis said.

In closing one more quote from the Journal article: “Even the Bard could have benefited. Back when Shakespeare was writing ‘Macbeth,’ it was still OK to use phrases like, ‘It is a tale told by an idiot, full of sound and fury, signifying nothing.’ But that is no longer so. The word ‘idiot’ is now considered cruelly judgmental, demeaning those who, through no fault of their own, are idiots. A sensitivity reader could propose something less abusive, such as, ‘It is a tale told by a well-meaning screw-up, signifying very little but still signifying something. I mean, the poor little ding-dong was trying.’” 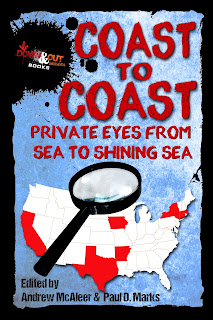