Be They Sinister or Sleuthy, Seniors Have a Place in Short Stories

Looks can be deceiving. No one knows that better than people who try to slip something past you. Con artists. Murderers. And sometimes even wide-eyed children and little old ladies. When you appear nice and innocent, folks will let you get away with murder.
I've written before about using teenage girls as protagonists. They work well as evil-doers or crime-commiters because no one suspects them. They're young and peppy and can come across as sweet if they try. They're also fearless and their brains aren't fully developed, so they'll do stupid things few adults would. Today, I'm going to focus on the other end of the age spectrum: the senior set. (I know some people don't like that term, but I mean no animus, so please bear with me.)

Imagine you come home to find your house burglarized, with your files ransacked and your computer--with all your notes--stolen. In real life, you'd call the cops, never thinking you personally could find the culprit. It could be anyone. But things are different for fictional Amateur Sleuth Sally. 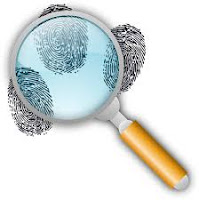 Sally knows she's been investigating the arson death of poor Mr. Hooper, who owned the corner store. So with the neighbors leaning on their porches or whispering in small groups on their lawns, watching the police spectacle (it's a small town so there's spectacle), Sally goes outside and studies her prime suspects in the arson murder and her own burglary: those very same neighbors.

Is the culprit Oscar, the grouchy guy in the green bathrobe across the street who puts out his trash too early in the morning? Sally heard he owed Mr. Hooper money. Or is it Maria, the skinny lady who works at the library? She lives two doors down, and Sally has heard she spends time with Mr. Hooper when Mrs. Hooper is away on business--or at least she used to until Mrs. Hooper put a stop to it. Or was it Mrs. Hooper herself, the betrayed spouse? Sally has lots of questions and suspects, but she never stops to think about kindly Katrina, the grandmother who lives next door. Surely a woman who bakes cookies and serves as a crossing guard couldn't have done in Mr. Hooper.

You all know. Of course she did. And Sally Sleuth's failure to recognize that appearances can be deceiving will almost be her undoing. (Almost. This is a cozy novel I'm outlining, so Sally must prevail in the end.)

But things don't always tie up so neatly in short stories. In short stories, the bad guy can win. Or the ending can really surprise you. Or both. And kindly Katrina could end up pulling one over on Sally Sleuth. I've made use of this aspect of short stories in several of my own, particularly my latest two.

In my newest story, "Whose Wine Is It Anyway?," seventy-year-old Myra Wilkinson is in her final week of work. She's retiring on Friday after working for forty-five years as a law firm secretary, forty of them for the same guy, Douglas. But as her final day looms, Myra isn't as excited as she anticipated because Douglas has chosen Jessica, a husband-hunting hussy, to replace her. Jessica doesn't care about doing the job right, and this is bothering Myra to no end. Then something happens, and Myra realizes that Douglas has been taking her for granted. So she comes up with a scheme involving Douglas's favorite wine to teach Douglas a lesson and reveal Jessica for the slacker she really is.

The beauty of the plan is no one will see Myra coming. On the outside she's kind and helpful. She calls people "dear." As one character says, she's "the heart of this department." Myra's nice on the inside, too, but she also has sass and a temper, which come into play as she hatches her scheme and it plays out.

Another great thing about Myra is she's known Douglas for so long that she knows his weaknesses, and she makes use of them. (This reminds me of a wonderful scene from the movie Groundhog Day. Bill Murray's character says of God, "Maybe he's not omnipotent. He's just been around so long, he knows everything.") The older a character is, the more knowledge she'll have--information she can use against others.

An older person like Myra also might be willing to throw caution to the wind, seeing she's made it so far already. (That reminds me of a wonderful scene from the movie Fried Green Tomatoes in which Kathy Bates's middle-aged character is cheated out of a parking spot by two twenty-something women, one of whom says, "Face it, lady, we're younger and faster." Kathy Bates goes on to repeatedly ram her car into the the other woman's car, then says, "Face it, girls. I'm older and have more insurance." Granted Kathy Bates's character wasn't a senior citizen, but she had reached the point where she wasn't going to just take things anymore.)

Anyway, so what happens to Myra and Douglas and Jessica? You'll have to read the story to find out. You can read "Whose Wine Is It Anyway?" in the new anthology 50 Shades of Cabernet, which was

published last week by Koehler Books. It includes seventeen stories of crime and wine and is available in hardcover, trade paperback, and e-book. Most of the stories are set in Virginia (where most of the authors live). Why is a book of wine mysteries set in Virginia? Well, our great commonwealth has a thriving, but perhaps not well known, wine industry. We hope to change that.

Getting back to seniors, Myra isn't my only recent senior character. In my story "The Best-Laid Plans" Eloise Nickel is a mystery writer, a grande dame of her profession, and she's being honored for her lifetime achievement at this year's Malice International convention. (Does this convention's name sound familiar? Good.) It's too bad for Eloise that the convention's guest of honor this year is Kimberly Siger, Eloise's nemesis. Then, to make matters worse, a few weeks before the convention, Kimberly insults Eloise in Mystery Queen Magazine. Eloise isn't going to take that, so she plans to make Kimberly suffer during the convention. Because she's known Kimberly for many years, Eloise knows Kimberly's weak spots. And because she's thought of as a nice, aging lady, she figures no one will suspect her of any nefarious doings. Do her plans work out? Read "The Best-Laid Plans" to find out. This story, published in the anthology Malice Domestic 11: Murder Most Conventional,  is a finalist for this year's Agatha Award. It's available on my website: www.barbgoffman.com/The_Best_Laid_Plans.html.

So, fellow mystery authors, when you're thinking about your next plot and want a bad guy or gal who can hide in plain sight, think about a senior citizen. The same goes when you're devising your sleuth. A bad guy may not spill his guts if thirty-something Sally Sleuth is nearby, but he certainly might if Grandma Greta is. He thinks she's so innocuous, he won't see her coming--until she pulls a gun on him.

Do you have a favorite character--good gal or bad--who's a senior citizen? Please share in the comments. We can never have enough good short stories and books to read.
Posted by Barb Goffman at 00:00