Censorship and the Indie Writer

One of the freedoms of being an Indie writer is choosing the cover of your book. A writer is no longer at the mercy of a publisher who has no clue about your cover. One of my publishers let it slip how they planned to put a 'police shield' on the cover of one of my books. I asked what shield and found out it was a Philadelphia PD shield. I went crazy, asked if they read the book where I describe the unique NOPD star-and-crescent badge. I sent them a picture of the badge and prayed they'd listen. They said it was too late but did change the cover. I anguished for a couple months. 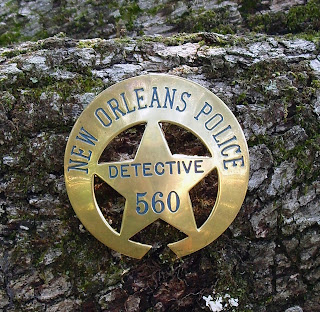 Since becoming an Indie writer in 2009, I've enjoyed commissioning art and taking photos for the covers of my books. Only recently, however, I ran into censorship. Amazon's Kindle Scout program blocked the original version of the cover of my WWII novel DEATH ANGELS because it had the flag of Nazi Germany along with the US flag and the flag of Free France with the cross of Lorraine on the cover. Apparently the swastika is taboo with the Kindle Scout Program. The Nazis were the villains ... never mind. Later, when I tried to PAY for an Amazon ad for my book HOLD ME, BABE, the book was rejected because there's a gun on the cover. It's a Private Eye novel. Private Eyes carry guns. So do cops so there's no advertising JOHN RAVEN BEAU. 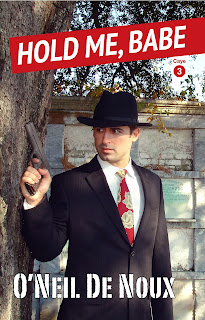 At least Amazon and CreateSpace have allowed me to publish the books with my original covers, just not advertise or enter into certain probrams like Kindle Scout. Frustrating.

More disturbingly was the decision by Smashwords to refuse to carry my books THE BLUE NUDE and NUDE IN RED because of nudity on the covers. Uh ... we're talking about oil paintings of a woman's torso. I didn't invent the naked female body. Blame God for that. And the women in the paintings are simply posing. No sex act. Nothing but a woman standing. 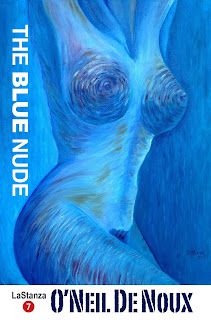 The cover paintings are more than attention grabbers, the paintings appear in  each book and are important in the development of the characters and their relationships.

So what's next? Censorship of content? Will some tight-ass start counting how many times my characters use the word fuck in a book? Cops curse. We do so to let off steam, otherwise we'll explode.

So I guess I don't get to pay for an ad for my caper novel SLICK TIME because you can see a slice of the fully-clothed model's white panties. We'll see what happens with my next LaStanza novel. There's a young woman in a black bikini. Lotta skin there. 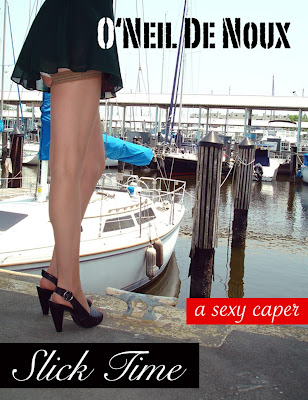