What makes a good writer?
He English good.

We take for granted our favorite authors are good writers. Like a talented musician, an Olympian gymnast, or an Oscar-winning actor, they entertain us on a professional level. We might not always experience a virtuoso performance, but we’re satisfied if we receive our money’s worth.

A few decades ago, I got to know workers in a factory. A supervisor– a portly, prejudiced and petty little man, lucky to have a job at all– complained about managing Portuguese women. Mr Eddy infamously said, “Their English, they don’t speak good.” In office jokes, that morphed into “They don’t English good.” He of the immense girth never understood the giggles behind his back nor grasped the fact the Portuguese senhoras had him well in hand. When the ladies answered the phone, the conversation went like this:

Of course the man was complaining about the accent while failing technically correct English himself. Both are among the standards by which we judge people’s ability to communicate. 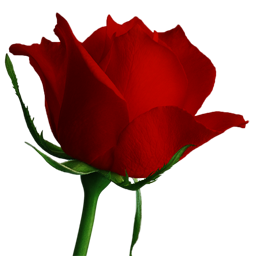 Regarding pastiches, I tend toward a dour viewpoint. Few authors who attempt take-offs of Sherlock Holmes and other great characters reach the high bar in my mind. There are exceptions including Dale Andrews and James Lincoln Warren.

Last month, I read David Lagercrantz’s The Girl in the Spider's Web, a follow-up to Stieg Larsson’s The Girl with the Dragon Tattoo. Lagercrantz’s version was… adequate. I couldn’t lay down Larsson’s novels, but while Lagercrantz’s effort was moderately entertaining, it wasn’t unputdownable.

I thought about what we admire in writing. A dozen or more factors may strike us as fine craftsmanship, and we may at various times accept differing conclusions. We may mix-and-match, perhaps appearing contradictory to others but no doubt consistent without our own mind.

Take for instance our own B.K. Stevens’ collection, Her Infinite Variety. I read the first two stories featuring Iphigenia Woodhouse and her professor mother. You will not find characters like them elsewhere. They’re engaging and Mrs Prof Woodhouse, well… She’s the kind of person you’d affectionately delight in unless she was your own mother. Then you’d frantically Google ‘matricide’. In discussing the characters, Bonnie mentions Nero Wolfe, but it’s more complicated than that: Little Harriet plays an Archie Goodwin to Iphigenia, and the formidable Iphigenia plays an Archie to her mother, the professor. If it sounds complicated, it’s simply fun.

Following are a few writing criteria that could appeal to us readers.

Technically Correct
In some ways, this is both the most and least obvious, the English teacher criterion. We don’t notice the mechanics until bad grammar, spelling, or punctuation intrudes upon our consciousness. An author has to do is get the basics right, but a writer like Art Taylor is much more than an English professor.
Character
Jan Grape is able to sketch characters without bogging the reader in descriptions. Most of us enjoy character-driven stories and we tend to remember great characters from Atticus Finch to Hannibal Lector. Mysteries found in Elizabeth Peters’s Amelia Peabody / Ramses series aren’t especially noteworthy, but her characters in the larger storied context are wonderful. As Steve Liskow points out, your character is your brand.
Plot
I admire a clever plot. Gillian Flynn’s Gone Girl and Scott Turow’s Presumed Innocent strike me as clever, clever plots. The versatile John Floyd has dreamed up hundreds of smart plot lines.
Beautiful, Poetic
Moving, Powerful
Descriptive: Visual, Aural (5+ Senses)
Sometimes the writing is so elegant, we follow it instead of the action. Janice Law, for example, uses word art. A personal opinion poll reveals in no particular order: Baudelaire, Willian Shakespeare, Charles Dickens, Emily Bronte, John Updike, Vladimir Nabokov, Marcel Proust, David Foster Wallace, William H. Gass, John Steinbeck, Cormac McCarthy, Flannery O’Connor, Thomas Pynchon, William Faulkner, Ernest Hemingway, Dylan Thomas, James Joyce, Jack Kerouac, Thomas Wolfe, Salman Rushdie, Tao Lin, Shirley Jackson, Barbara Kingsolver, Virginia Woolf.
Clever Wording
Clever Wordplay
While the above are noted for their word-smithing, Chaucer and Voltaire are known for misdirection. Voltaire says one thing but means another. Similarly, Chaucer is equally hard to pin down.
I enjoy wonderful wording on a small scale. Erika Jahneke may be disabled, but her writing dances: “Lotta gimps, lotta problems. Nobody I see all day has a leg to stand on.” “Flirtatiousness is not usually considered an independent-living goal.” “As a human being, his best ratings would come if God graded on the curve.”
I find a few mystery writers particularly rewarding in their descriptions: John Lutz, Sue Grafton, Caroline Graham, Brian Freemantle, F. Paul Wilson, Michael Marshall Smith, Dean Koontz, John Grisham, Nelson DeMille, Noah Hawley, Susan Dunlop, Sparkle Hayter, and Anne Perry. Short story specialist Rob Lopresti is another smart, smart word guy.
Descriptively Precise, Accurate
Exact writing is highly valued in technical writing and legal circles, but beyond brain surgery and rocket science, accuracy is critical when baking a cake, sewing a shirt, or building a boat. When it comes to fiction, Michael Crichton comes to mind. Likewise, James Lincoln Warren uses great precision in his historical novels. I also point to our Melissa Yi’s Hope Sze medical series. And then we come to a special case, Brian Thornton. Who else would dare write The Book of Bastards?
Informative
Some authors are known for authentic minutiae, whether historical or relating to some specialized subject such as archeology, glass-blowing, or bell-ringing… or economics like Eve Fisher, spying by David Edgerley Gates, and old Parisian pickpockets by RT Lawton. Our Paul Marks lovingly describes historical Los Angeles and O'Neil De Noux depicts New Orleans much as Jeffrey Deaver paints New York City. The trick is to make the subjects interesting, not bore the reader with useless trivia, but allow an open reader to gather a little knowledge. I’ve written a short story (yes, I know I should submit it sometime) of an actual mystery set in the British Midlands. It’s accurate down to fine details including names, documents, and court testimony.
Funny
Janet Evanovich is known for her humor in her Stephanie Plum series. Likewise our Melodie Campbell writes comedy, combining droll with drama. Barb Goffman writes gentle pieces from absurd situations such as kidnapping a groundhog.
Clever Cultural References
At one time, educated people were well-versed in classical literature. At a minimum, everyone understood the Holy Bible and many had at least a smattering of Greek and Roman mythology. Mention Sisyphus or Cerebus, Scylla or Charybdis, and listeners knew who you were talking about. To be sure, Harry Potter draws upon classic literature and mythology, but these days audiences are more likely to expect pop references.
Clever White Space
You may wonder about this item. This falls in the less-is-more category. While shorter chapters and less dense wording allow text to ‘breathe’, they won’t by themselves mend bad prose. But in this situation, consider Lindsey Davis’ Falco series. In One Virgin Too Many, she has two or three chapters in a row with about the same number of sentences. Why? She uses the technique to portray an intimate seduction scene. Trust me, it works.
Clever Bland
How can bland represent good writing? Most of the previous examples draw attention to the author, especially the beautiful and the cleverly descriptive. The story slows or even stops as the reader ponders the golden words on the page. But a more subtle writer, perhaps self-effacing but certainly disciplined, secrets himself behind the scenes, letting the puppets entertain the audience without making them aware of his (or her) presence. Ideally the story maintains a brisk pace allowing the reader to submerge in the setting among the characters and the plot. Lee Child impresses me as an author who disdains frills; he stands back and lets the action do the talking. That says a lot.


As Julie Andrews or John Coltrane might say, these are a few of my favorite things. What constitutes fine writing in your book?
Posted by Leigh Lundin at 00:00