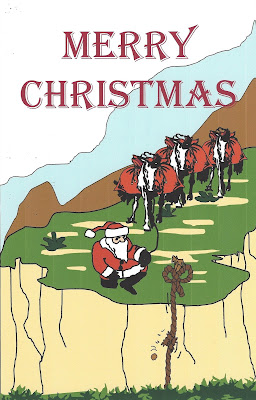 Since this is Christmas Day and many of you will be busy with friends and family, I will merely use today's blog to share some Christmas cards with you. The following are custom made Christmas cards based on some of my short stories published in Alfred Hitchcock Mystery Magazine for certain years, one card a year for fifteen years. These cards are created by a friend of mine (Mike) with some great artistic talent, but then Mike can also fly a Huey over, under or around things while using a delicate touch on the stick. Each card is then mailed to Linda Landrigan in AHMM's office in Manhattan during the month of December for that year as part of my marketing plan. Hopefully, these cards will keep me in the editor's mind, remind her that she published at least one of my stories that year and then prompt her to think kindly of me when she reads my next story in her slush pile. 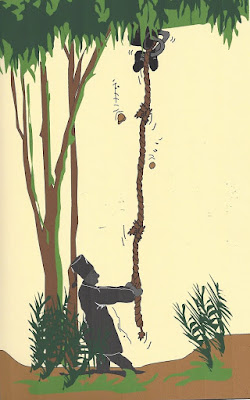 So, here's the artwork part of the card for this year. It's based on the escape of The Little Nogai Boy and The Armenian from the Chechen leader's mountain fortress in "The Great Aul," AHMM July/August 2016 issue. Santa doesn't appear in the story, just in the card to give it a seasonal flavor. Part of the mystery in the story was where the rope came from for the escape. 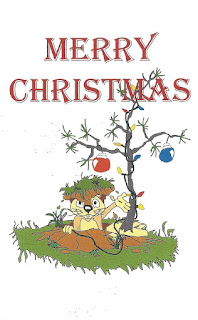 This one is the artwork from last year's card featuring "Ground Hog Day" from the Holiday Burglars in AHMM May 2015 issue in which Yarnell and Beaumont tunnel into the mansion of a crime lord to steal a painting. Naturally, nothing goes the way they planned. 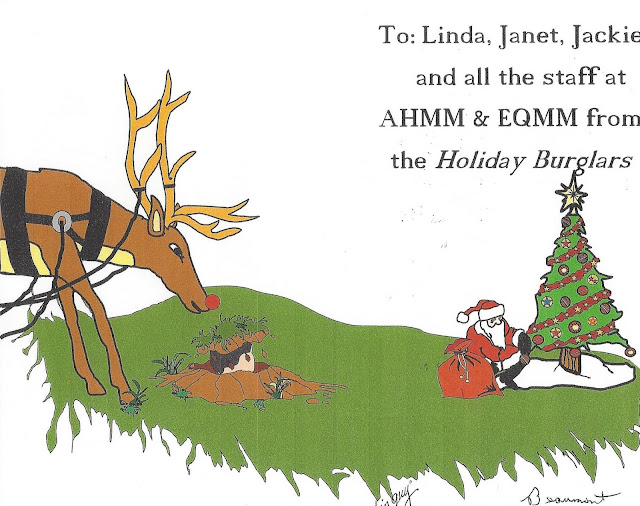 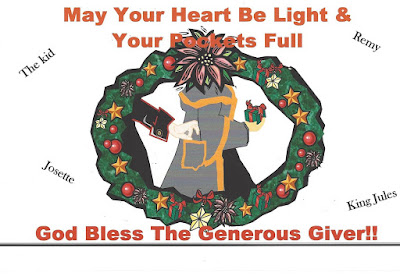 Here's one from "False Keys" in my 1660's Paris Underworld series (AHMM December 2006 issue) involving a young orphan who survives as an incompetent pickpocket in a community of criminals. 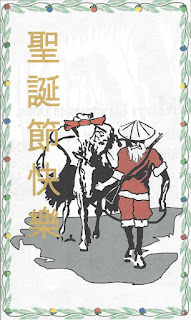 And, here's "Across the Salween" (AHMM November 2013 issue), from my Shan Army series set in the Golden Triangle of Southeast Asia in a time of opium warlords and mule convoys with armed guards to protect them from rival warlords. The Chinese on the card is supposed to say Merry Christmas, but then I neither speak nor write Mandarin, Cantonese nor Simplified Chinese.


Well, hopefully Santa will find you and yours, wherever you happen to be during these special holidays.

In any case, regardless of your religion or personal feelings for this winter time period, I wish you Merry Christmas, Happy Hanukkah, Feliz Navidad, Joyuex Noel or whatever else you choose to celebrate at this time.