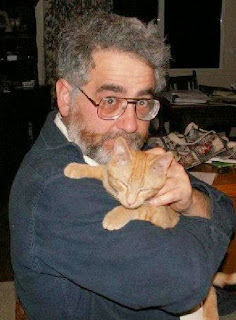 I should probably start by saying this is not fiction.  It happened last week.

I'm piecing this together from several news stories.  Craig Buckner was due for an appearance at the courthouse in Washington County, Oregon.  He had failed to appear previously on drug and theft charges.

When the cops found him asleep they suspected something and gave him a drug test.  The result was that he was arrested.

Buckner was upset.  Expecting only a short visit he had brought his pet to the courthouse.  His macaw, named Bird, was sitting in a tree outside, waiting for him.

The cops realized the birdy might not survive the chilly Oregon night.  They tried to coax him down, but Bird was not interested in talking to the cops.  He was no stool pigeon.  (Sorry, but it's going to get worse.)

Finally the police let Buckner out to call his friend down.  A deputy took care of Bird until another friend (this one unfeathered) came to spring Bird from the cage.  (They just write themselves, don't they?)

The cops took an unusual mugshot of Buckner with his pal, and that's what made the news.

The way human-interest stories work (especially those that involve non-humans), I wouldn't be surprised if Mr. Buckner and Bird get a lot of offers of help.  I hope things work out for them.

And I hope whatever Buckner did in the past his future career does not involve robin people.  Let us not snipe at him but hope this event gooses him to reform.  Perhaps these toucan go on a lark and have only mynah inconveniences...

All right.  I'll stop now.  Before I do something I egret.