Harlan Ellison once told me a book cover should have one strong image, the writer's name and maybe one thing about the book. He didn't mention awards listed on a cover because if he wore a military uniform with medals for each of his writing awards, he'd look like a general from a banana republic. We mortals with fewer awards can list one, but I don't recommend cluttering a cover with too many things in the days of thumbnails (the computer kind).

Covers can be good or bad, sometimes really bad.

I'll start with the cover of my first book. I raced to my favorite bookstore the day it came out because my publisher hadn't sent my contributor's copies yet (or a proof of the cover). I helped open the first box of books and - oh, no. They misprinted my name. It's De Noux not Denoux. I knew I'd catch hell from my family and did.

"What's the matter with you? You can't spell your own name?" You see we have country cousins who spell their name Denoux and we city slickers in New Orleans spell it with a space. The cover was also sensationally awful. Here it is: 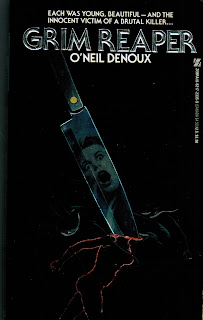 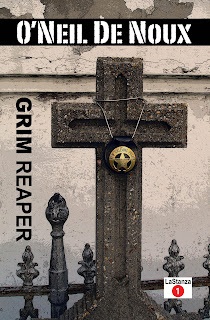 When I became an Indie writer, we reissued the entire series. I took photos of New Orleans cemeteries for these NOPD Homicide novels. It's good I was trained as a US Army combat photographer. When I went to the cemeteries, I carried my Glock (I'm still a cop) because New Orleans cemeteries only look peaceful. There have been armed robberies in them. No one bothered me and I got some good cover photos.

The original cover of my third novel, BLUE ORLEANS, was even worse. I'd made a preemptive strike and sent them a photo of NOPD's unique star-and-crescent badge before they put something like an NYPD shield on the cover. Still... 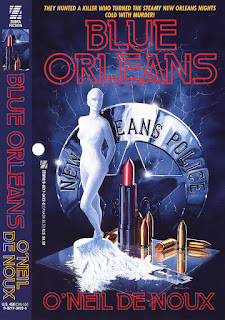 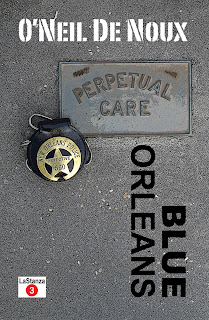 Until I became an Indie writer and could control my covers, they remained pitiful. Especially the gobbly-gook on the back covers. On the back cover of my second novel THE BIG KISS, some idiot wrote - THERE'S A RED DRAGON LOOSE AT MARDI GRAS. The book is not about a serial killer, it's a gangster novel about the Mafia and doesn't take place at Mardi Gras. They labeled my fourth novel BAY CITY BLUES. What the hell? The nearest bays to New Orleans are Bay St. Louis, Mississippi, and Barataria Bay, down by the Gulf of Mexico, which is about 100 miles from the city. 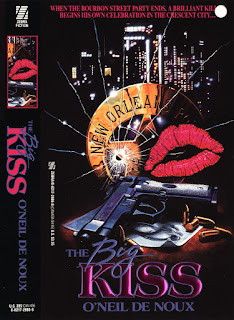 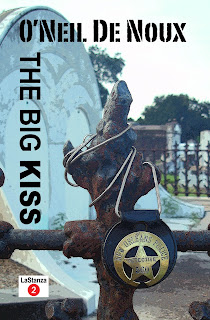 Here is the cover of THE LONG COLD (cover art a commissioned oil painting). At least what's written on the back cover is from the book. I think the award finalist notation on the front cover adds clutter to such a busy piece of art but how many times do you get a novel nominated for a SHAMUS? 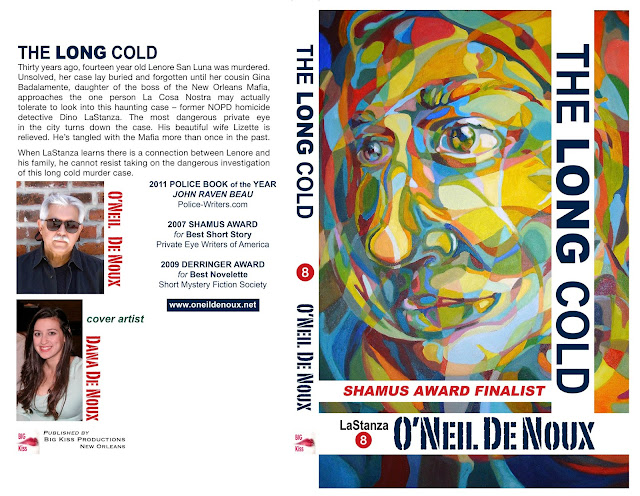 Judge a book by it's cover? Of course we do. You see a crappy cover online you move along. Clip art looks like clip art, like a child trying to design a cover. There are many sites where you can purchase excellent photos or drawings for as low as $15 for single use on a cover. My last book published by a traditional publisher allowed me to choose the photo from a group of single use images and it came out well. When the rights reverted to me, I used a photo of a model's legs. Since I took the photo, there was no rights issue. Both covers grab attention. 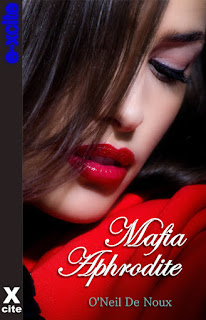 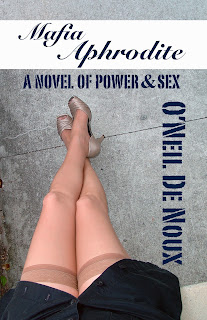 I'm no expert but I know what attracts the eye and in these times of thumbnail searches through amazon.com and smashwords.com, I believe a cover should catch the eye.

TIP: If you don't have the ability to design a cover using Adobe InDesign or Photoshop, get your image and go to the nearest community college or university's art department. Seek out a college student majoring in graphic design and hire the student to design your cover. They can add this work to their portfolio and you can cut a bargain with them. I've seen it work.

SECOND TIP: Demand a good cover from your publisher (if you go that route). And PLEASE get a proof of your cover beforehand.