Now’s the Time for Your Tears 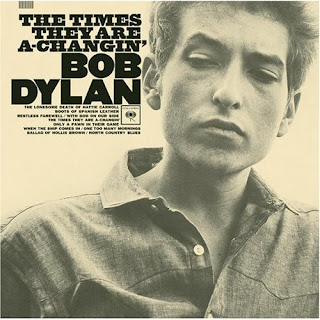 Since this is a blog about crime and crime writing I thought I’d do a post about songs that deal with crimes, both real and fictional. Originally I was going to do this via songs from a variety of artists. And I still will in the future. But in starting to do that one I saw that I was using several Bob Dylan songs and since I’m a huge Dylan fan, particularly of his material from John Wesley Harding and earlier, I thought I’d do it only on Dylan songs this time and save the rest for later.

These songs are, of course, filtered through Dylan’s eyes and may not be 100% accurate in terms of history. But they are “accurate” in terms of the times they represent, which certainly were a changin’. For example, I’m sure that if there was a real Robin Hood he might not have been as pure and good as made out in the ballads, robbing from the rich and giving to the poor. But these tales tell us about who we are and what we want as a society at the times they come about. (All song credits are at the end.)


Hurricane tells the story of Rubin ‘Hurricane’ Carter, a middleweight boxer who was wrongfully convicted of murder in a complicated case that took many years to resolve. After his murder conviction, Carter spent 20 years in prison, eventually being released on a writ of habeas corpus. Though to give both sides, there are those who dispute his innocence. Dylan read Carter’s book, came to believe he was innocent and decided to write a song about it. He goes through many verses telling Hurricane’s story in a way only he can.


Rubin Carter was falsely tried
The crime was murder “one,” guess who testified?
Bello and Bradley and they both baldly lied
And the newspapers, they all went along for the ride
How can the life of such a man
Be in the palm of some fool’s hand?
To see him obviously framed
Couldn’t help but make me feel ashamed to live in a land
Where justice is a game 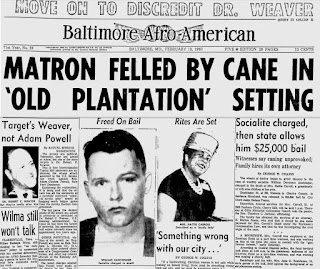 The Lonesome Death of Hattie Carroll. This one is from much earlier in his career, 1963 as opposed to 1975 for Hurricane. Hattie Carroll was a 51 year old barmaid killed by wealthy Maryland tobacco heir and farmer William Zantzinger, who Dylan refers to as Zanzinger. I don’t usually shy away from controversial things, but the story of what Zantzinger did that night, assaulting several other people first and then Hattie Carroll, is so unpleasant that if you want to know more about it you’ll have to look it up yourselves. It just makes me cringe. The upshot is that for the murder of Hattie Carroll, Zantzinger received a six month sentence for manslaughter, after which he went back to life on the farm and selling real estate. He did, however, get in trouble with the IRS in later years and died at the age of 69 in 2009, unrepentant. He later claimed the song was a “total lie,” to Howard Sounes for Down the Highway, the Life of Bob Dylan, adding that, "He's a no-account son-of-a-bitch, he's just like a scum of a scum bag of the earth, I should have sued him and put him in jail.”


And he spoke through his cloak, most deep and distinguished
And handed out strongly, for penalty and repentance
William Zanzinger with a six-month sentence
Oh, but you who philosophize disgrace and criticize all fears
Bury the rag deep in your face
For now’s the time for your tears 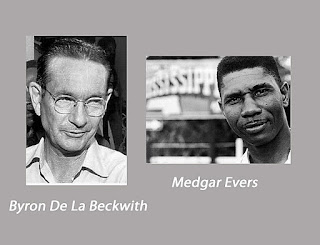 Only a Pawn in Their Game is Dylan’s take on the assassination of civil rights activist Medgar Evers in 1963. Byron De La Beckwith, a member of the White Citizens’ Council (formed in 1954 to resist school integration and civil rights) assassinated Evers. Two all-white juries couldn’t reach verdicts on the trials of Beckwith at the time. It wasn’t until 1994 that Beckwith was finally convicted, based on new evidence that came out. While blaming Beckwith on one level for the murder, Dylan’s song also considers him to be only a pawn in a larger game of politics and societal strife.


John Wesley Harding, Dylan’s song about old west outlaw John Wesley Hardin, without the “g”. I’d heard that he added the G because in so many instances he dropped Gs from word endings. Is it true? Is it apocryphal? Either way, Hardin was hardly a hero or even an anti-hero. He’s said to have killed 30 to 40 men, depending on who you talk to. One for snoring too loudly.


Much as I like this song, and I do, these lyrics have little to do with the real-life man. In an interview with Jann Wenner of Rolling Stone, Dylan said, that the song "started out to be a long ballad. I was gonna write a ballad on ... like maybe one of those old cowboy ... you know, a real long ballad. But in the middle of the second verse, I got tired. I had a tune, and I didn't want to waste the tune; it was a nice little melody, so I just wrote a quick third verse, and I recorded that."


Joey: Dylan expounds on Joey Gallo, an enforcer and hitman for the Profaci crime family. Dylan, at the urging of co-writer Jacques Levy, had a more sympathetic take on him. He also claimed that Levy wrote all the lyrics to the song. I suppose you could say this song continues in the tradition of ballads that tell of the exploits of criminals in a more sympathetic and heroic way than they were in reality. Because of this, critic Lester Bangs, described the song as “repellent romanticist bullshit." Decide for yourself.


Joey, Joey
King of the streets child of clay
Joey, Joey
What made them want to come and blow you away.


The Ballad of Hollis Brown is the story of a South Dakota farmer who, beaten down by hopelessness and poverty, and in desperation, kills his wife and children. Then himself. It seems nobody knows if this is based on a real person. The details of such a real man are hard to find. But again, even if it’s something out of Dylan’s imagination, the sensibilities in it are a reflection of the times. 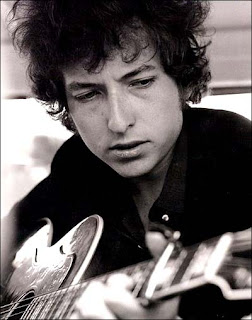 The Death of Emmett Till. Fourteen year old African-American Emmett Till was beaten, had one of his eyes gouged out and was shot through the head, for supposedly flirting with a white woman in Mississippi. The woman’s husband and his half-brother were brought to trial and found not guilty. Because of double jeopardy, and knowing they couldn’t be tried again, they later admitted their guilt in a Look Magazine article and got paid for it.

William Faulkner wrote this about the case in On Fear (1956), “If the facts as stated in the Look magazine account of the Till affair are correct, this remains: two adults, armed, in the dark, kidnap a fourteen-year-old boy and take him away to frighten him. Instead of which, the fourteen-year-old boy not only refuses to be frightened, but, unarmed, alone, in the dark, so frightens the two armed adults that they must destroy him… What are we Mississippians afraid of?”

All of these stories, the true ones at least, are more complicated than the songs might suggest or that I can go into here. My objective in writing this is not to get into the politics but to show how crimes, real and fictional, become song and thus part of the culture and sometimes even change it.


Please also check out my guest post on Madeline Gornell’s blog this week. I talk about “Getting Sucked into the L.A. Vortex,” via various Los Angeles and Southern California locations in my noir novella Vortex. People have said that Los Angeles is a whole ’nother character in my writing. And I agree. The top pic below is The Shakespeare Bridge in the Los Feliz Neighborhood of L.A. The bottom pic is Bombay Beach ruins at the Salton Sea, Southern California. 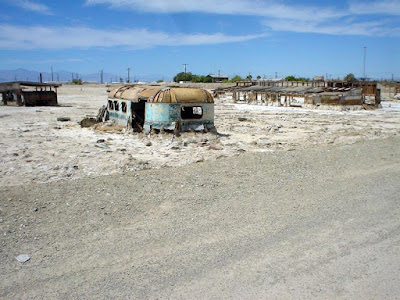