WARNING  A particularly vicious type of virus poses a severe risk to your computer’s contents. It’s called RansomWare and it’s coming to a computer or cell phone near you.


Although no longer engaged in software design, I enjoy keeping an eye on technology. RansomWare had risen on my radar as an up-and-coming annoyance, but I hadn’t appreciated the level of threat it’s become.

Virus sophistication has risen from the early cutesy messages to vandalism to zombie-bots… hidden programs that turn your computer into a secret spam server. In the past, viruses were largely preventable and recoverable. 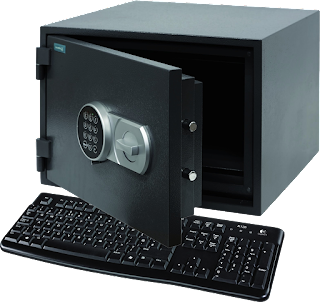 That’s changed. Bad guys have figured out how to monetize infections that can wipe out your photos, movies, letters, tax records, your home and work content. They can obliterate your recorded life.

The viciousness doesn’t stop at the personal level. We know only of attacks made public, but ransomware has assailed small businesses and large, county offices, schools, charities and non-profits.

The criminals behind the scenes have no compunctions. A favorite soft target has been hospitals where lives hang in the balance. Forensic experts believe some of those penetrations were deliberate attacks from the inside. To wit, someone deliberately hand-planted a ransom virus in hospital computers.

Even police agencies have been hit and– to the disgust of many– they paid the ransom. How can criminals be stopped if police dump public money into their coffers? For all anyone knows, the attackers may have been terrorists or state-sponsored Daesh/ISIS or al-Qaeda, China or North Korea, all badly in need of euros and dollars.

Destroying a victim’s computer’s contents can ruin years, even decades of work and study, crucial research and development. RansomWare can devastate careers and ruin lives. It even takes lives, at least three known victims, father-son deaths and a student suicide.

A type of virus or infectious malware, ransomware invades a computer, renames and encrypts your files with mathematical, non-reversible encoding. The malicious program then offers to reverse the damage in exchange for a demand ransom ranging from two- or three-hundred in dollars, euros, pounds sterling, or the equivalent in untraceable bitcoin, into thousands. If the black hats recognize a high-value target like a hospital or government agency, they may demand tens of thousands of dollars. Some programs set a three-day deadline after which they promise to wreck the machine beyond repair.

The ransom virus lingers in the target machine long after the damage is done. Worst of all, victims face a substantial probability that even if they pay the ransom, they won’t get their files back.

At present, the worst of ransomware mainly attacks Windows computers, but Macintosh and Unix/Linux users shouldn’t grow complacent. One Mac malware program contains no mechanism to restore files after payment. Black hats have already breached a major Java component (JBoss) and some ƒ-head will figure out how to devise a devastating Unix-based attack. It takes little more than catching a human in a weak or distracted moment.

Now is the time for all good men and women…

Kindly accept today’s article as a heads-up, a wake-up call to take steps now to deal with this eventuality. Writers among us may be able to glean facts for a fine techno-thriller, but safety comes first. We’ll be discussing
Back-up

Next week I’ll share more detail but consider immediately buying one or more external drives for backing up your important files:
The key factor is to backup weekly or as frequently as your willingness to risk your most recent data allows. Then, once you’ve taken a backup, disconnect that drive from your system so it won’t fall victim to a ransomware infection.

Take an extra moment and visit your Control Panels (Windows) or Finder Preferences (Mac). Change the default setting to show all file-name extensions. I’ll explain why next week, but it may help you catch malware masquerading as innocent files.

Stay safe. See you next week with malware vampires and zombies.
Posted by Leigh Lundin at 00:00