Because Something is Happening Here But You Don’t Know What it is, Do You, Mister Jones?

One of the things that scares me most as a writer is an illiterate society. Not only illiterate in the sense of people being unable to read and write. But “illiterate” in the sense that, as a society, we have touchstones that everyone or at least most people are familiar with. Or I thought we did at one time. I’m not so sure anymore.

Let’s start with plain literacy on a personal and anecdotal level.

When my wife and I were looking for the house prior to our current house we noticed something odd, at least odd to us. We’d go in various houses in different parts of Los Angeles. But, unlike some of the shows on HGTV, you could still see the real people’s stuff in their houses. Their junk, ugly sofa, hideous drapes and kids’ toys strewn all over, laundry baskets, cluttered closets, etc. One thing we didn’t see much of were books. Sure, a house here or there had them, but the majority didn’t. And if they did they had a coffee table book or two of some artist they thought would make them look chic or intelligent or maybe a book of aerial views of L.A. One place we expected to see lots of books was in kids’ rooms or a potboiler on their parents’ nightstands. But, alas, the “cupboards” were bare.
This was twenty or so years ago, so well before smart phones, Kindles and e-readers. So, it’s not like all their multitudinous libraries were in e-form. No, there just weren’t many books to be seen.
We found this odd, as we have books stuffed to the rafters, as do most of our friends. Here, there and everywhere, in the living room or the dining room, library, the hallway, and even shelves upon shelves in the garage. 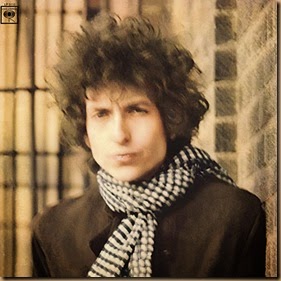 When we went hunting for our current house, about ten years ago it was more of the same. By then there might have been some e-books and the like but the real revolution still hadn’t hit full bore yet.

Again this seemed odd. But more than odd, it’s scary. Especially for a writer. Because a writer needs readers. And if people aren’t reading, I’m out of a job, and maybe likely so are you. Even scarier though is the fact that, imho, we are becoming a post-literate society. And we are losing our shared background, some of which is gotten through books. Aside from the greater implications of that in terms of the country, it makes it harder as a writer because when we write we assume some shared cultural background. And we make literary or historical allusions to those ends. We mention composers or songs or symphonies. Books, authors, “famous” or “well-known” quotes that we assume most readers will be familiar with, some foreign phrases, even biblical references. Hemingway and even Bob Dylan songs (and I’m talking those from the 60s before he found religion in the 70s), as well as other writers, are filled with them. But often these days readers are not familiar with these references, so they miss the richness of the writing. So then we begin to question whether or not to include these references and sometimes end up writing to the lower common denominator. And that diminishes our works and our society, even if it sounds pompous to say that.

Maybe people won’t know who Rudy Vallee is, and that's understandable, but many also don’t know who Shakespeare is in any meaningful way. 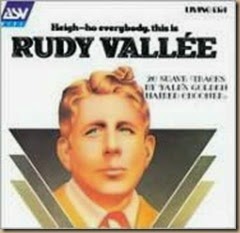 When I would go to pitch meetings in Hollywood I would often have to dumb down my presentation. I would try to leave out any historical or literary allusions. Hell, I’d even leave out film allusions because while these people may have heard of Hitchcock, few had seen his movies. And they were mostly from Ivy League type schools, but they didn’t have much of a cultural background. So when you have to explain basic things to them, you’ve lost them. They don’t like to feel stupid. And sometimes they’d ask me to explain something to them about another script they were reading by someone else. One development VP asked me to explain to her who fought on which sides in World War II, because she was reading a WWII script someone had submitted. The writer of that script already had points against him or her since the development VP didn’t even know the basics of the subject matter. And I would have thought before that incident that just about everybody knew who fought on which side in WWII. And this is just one example. I have many, many more experiences like this.

After college, the stats show that many people never—or very rarely—read another book. Literacy rates in the US are down. A lot of young people aren’t reading, but they think they’re smart because they look things up on Google. But looking something up on Google isn’t the same as knowing, though it’s better than nothing, assuming people do look things up. See: http://www.salon.com/2014/10/12/google_makes_us_all_dumber_the_neuroscience_of_search_engines/ 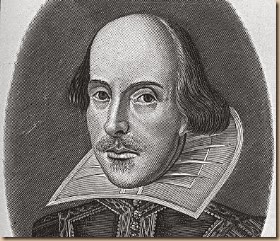 I’ve seen several authors, some very well known, ask on Facebook if they should include X, Y or Z in a novel because their editor says no one will get the references, even though the references aren’t that obscure. But even if they are, what’s wrong with using them and having people (hopefully) look them up. Isn’t that how we expand our knowledge? But nobody wants to challenge anyone in that way anymore. We’re dealing with generations now that have been told how wonderful they are without having earned it. So when we unintentionally make them feel stupid by using references they’re not familiar with, they turn off. Is it just me or does our society seem to have no intellectual curiosity, no interests or hobbies other than texting or watching the Kardashians? They don’t have the will to look further than the screens of their smart phones?

I know I’m generalizing and that there are pockets of intellectual curiosity (like the readers of this blog!), but I feel like we are becoming a minority.

And when you do a book signing or a library event, do you notice the average median age and hair color of the audience? More times than not they’re older and grayer. And where are the young people? That’s scary.

At this point I’d even settle for grownups reading comic books or graphic novels as long as there’s words in them.

All of this scares me, not just as a writer, who might not have an audience in the future. But for society as a whole. We need to have a shared background, a common knowledge, a literate society of people who are engaged. Not everybody can know everything, of course. But there should be some common background that we can all relate to.