The True History of Nero Wolfe

Because I read everything, to the great detriment of doing almost anything else, occasionally I come across such obvious patterns, such amazing coincidences, that I have to share them with someone. Thus, I am happy to relate that I have found the true origins of Nero Wolfe. The only question is, whether it's genetics or reincarnation. I'll let you decide.

For those of you who have never met the one and only Nero Wolfe, he is the misogynistic, gourmet one-seventh of a ton detective who lives in a brownstone in New York City and only leaves it under extreme emergency conditions. He solves mysteries usually without leaving his chair, leaving the footwork to Archie Goodwin, his amanuensis, investigator, and general thorn in Wolfe's side. His brownstone is his haven, his castle, his fortress, in which he follows a rigid routine, cares for his orchids and his stomach, and is cared for by Archie and Fritz, his cook. (Theodore helps with the orchids, but let's face facts: nobody – not even Nero Wolfe – likes him.) 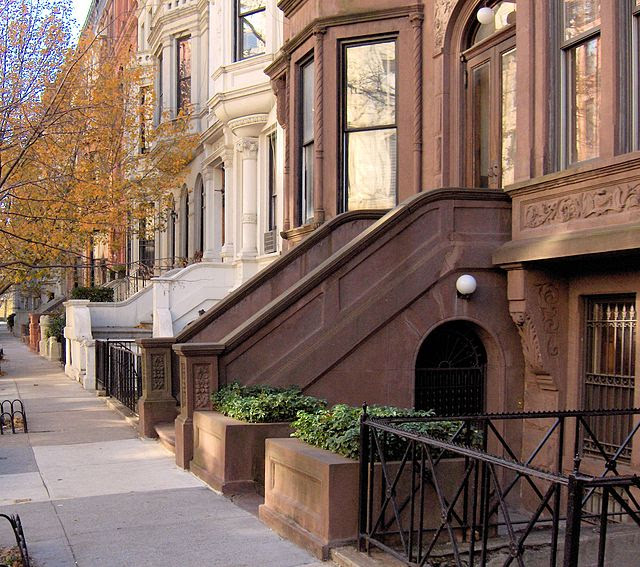 Some theories (and I get these straight from Wikipedia) are that Wolfe (born, according to Rex Stout and Archie Goodwin, in Montenegro) was the offspring of Sherlock Holmes and Irene Adler, who had an affair in Montenegro (why they chose that country to frolic in is undetermined). Others have said that if Wolfe was of Holmesian descent, it was via Mycroft, who was vast and logical, like him. Others have posited the thief Arsene Lupin as Wolfe's father. However, this is all gilding the lily, not to mention assuming that one detective (or thief) leads to another. 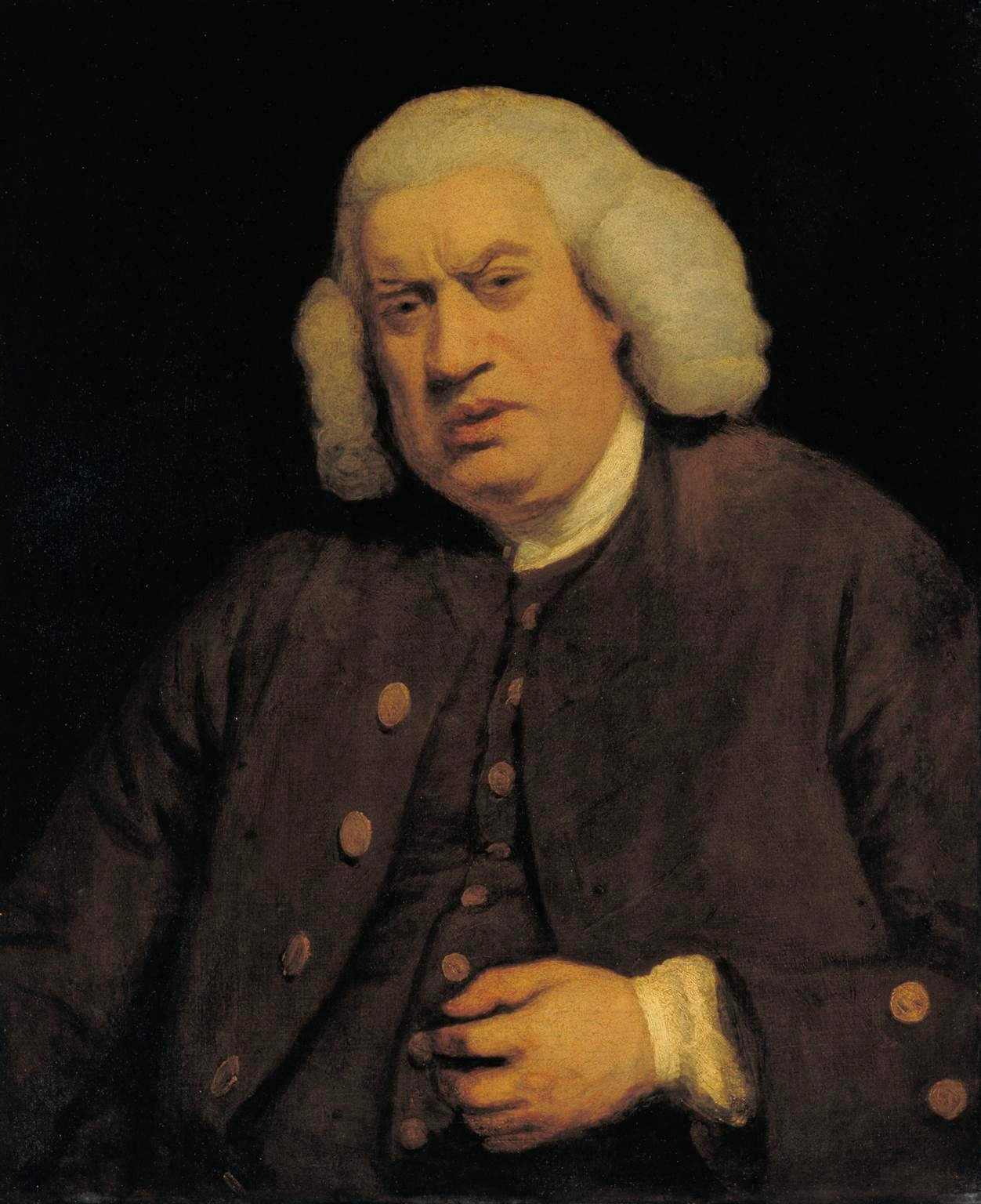 I believe that the origins of Nero Wolfe go all the way back to the early 18th century. Specifically to 1709, when Samuel Johnson was born, who grew up to be a man of exceptional mind and memory, a man to whom no place was so suitable to live as a major metropolis, in his case, London, and whose girth and eccentricities were as legendary as were his literary abilities. I speak, of course, of Dr. Johnson, lexicographer, poet, playwright, journalist, and wit.

What led me to correlate Nero Wolfe with Samuel Johnson was re-reading Boswell's "Life of Johnson". Their size, their reluctance to travel from their adopted great city (London for Dr. Johnson, New York for Nero Wolfe), their constant reading, and their love of food is identical. Both have remarkably similar amanuenses (Archie Goodwin, James Boswell) whom they find alternately useful, irritating, ubiquitous, and indispensable. Both Goodwin and Boswell are - to the urban dweller - from the sticks (Ohio and Scotland respectively). Both Goodwin and Boswell have had numerous amatory encounters, though Boswell was more graphic in his (secret) reminiscences than Goodwin. Essentially both write biographies, although neither are as educated, logical, or eccentric as their subjects.

Yes, Dr. Johnson did marry (to a woman twice his age), while Nero Wolfe is, at first glance, the ultimate misogynist. (But even Nero Wolfe liked to look at women's legs: see The Silent Speaker, Chapter 20) But "Tetty" was Johnson's only known dalliance, and he was known to be as severe as Nero Wolfe in his judgments upon the fairer sex. (“Never accustom your mind to mingle virtue and vice. The woman’s a whore, and there’s an end on ’t.”) But they both were respectful of virtuous wives and mothers, as well as of professional women who were good at what they did: Dol Bonner and Jackie Jaquette, in Wolfe's world; the writers Charlotte Lennox and Fanny Burney in Johnson's world.

But to me, it was the use of language that cinched it. It is almost identical. See if you can tell who said what:
(Answers at the bottom of the page)

For my final piece of evidence, I give you the novel Gambit, in which Nero Wolfe burns a dictionary - bought with a flammable cover on purpose - because it allows the use of "imply" in place of "infer". A passion for precise language was certainly passed down from the man who wrote "A Dictionary of the English Language". 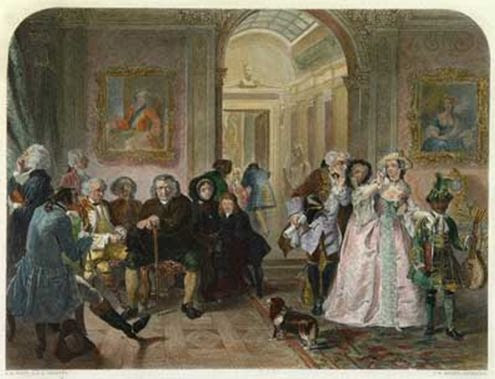 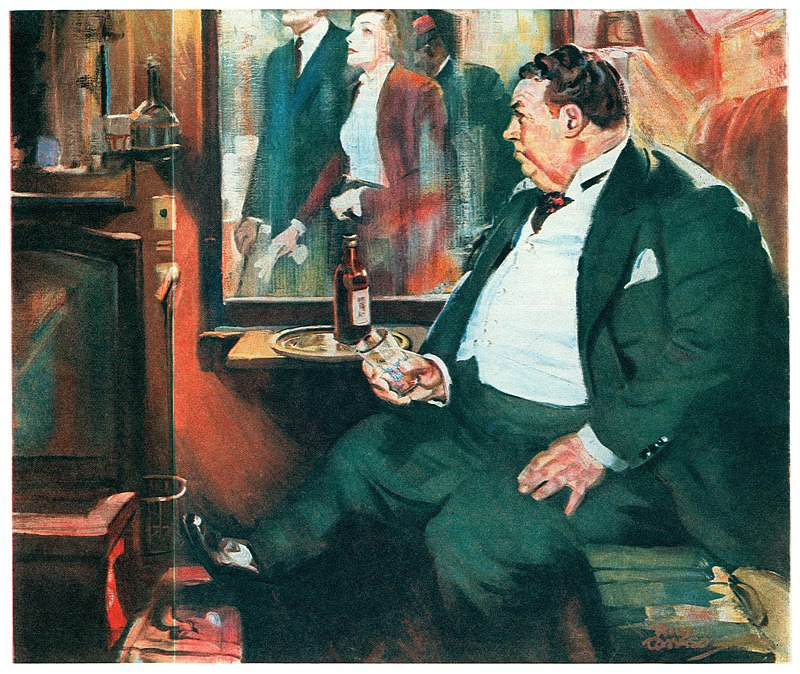 Sadly, Dr. Johnson had no children. But he did have a brother, Timothy, who had children. The genes were put into the pool. Ladies and gentlemen, I give you twin sons, separated by time. So, was Nero Wolfe a descendant of Samuel Johnson's brother Timothy? Or is he a reincarnation?

Put a wig on the one, take the Tourette's away from the other, and we might just have the answer!

Very satisfactory, as Samuel Johnson, or one of his descendents might say. Do you realize today is the sixty-fifth anniversary of the day Wolfe fled into exile, leaving the brownstone for many months?

A clever piece!
Dr. Johnson would be amused!

And if you've never read Boswell before the great man, you're in for a treat with his London Journal.

So much to savour in this post, Eve! I shall reread with pleasure.