Incident on the CTA 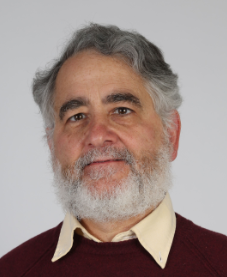 A couple of weeks ago my wife and I went to Chicago to visit our favorite offspring.  We knew it was going to be a late arrival, but it turned out to be later than we thought, because the plane that was supposed to become ours was delayed by a medical emergency.   After the paramedics got the person off the plane, and then everyone else deboarded, there was more of a wait while they replaced the medical equipment that had been used.

And as a crime writer, naturally I was wondering what happened to the poor soul.  Another story I will never know the end of.  None of my business, I know.

By the time we picked up our bags at O'Hare it was after 1 AM.  We climbed into a metro train and headed toward the kiddo's apartment.  A few stops later a man got on board.  He was in his thirties, leather jacket, looked like he might have Irish ancestry.  Ignoring the half dozen people in the car he sat down, flipped open his phone and made a call.

"Yeah I'm on the Blue Line. Meet me at Addison. I had to take the train cause the law was circling around. I'm at Addison. I'm getting off. Meet me here."

And off he went.

Oddly enough, my first thought was not writerly, i.e, why is he running from the cops?  It was readerly: If this  was Detroit I would think I was in an Elmore Leonard novel  Boston: obviously George V. Higgins.  But who writes books from the criminal's point of view, set in Chicago?  Brian suggested Sean Chercover, but I have not had the pleasure.

My second thought was: Maybe this was that guy's elevator story.  If you aren't familiar with the concept, watch Peter Bogdonavich retelling what happened after he interviewed Alfred Hitchcock in a hotel in New York City.

After that, I admit I started thinking like a writer.  But I felt I didn't have enough background to build a story about it.  On the other hand, my friend Andi Mahala Schechter promptly suggested he was dropping off a ransom payment.  I dunno.  Felt like he more sinister than that.  My sister Joann Scanlon asked if I called the police.  And told them what, I replied.

The rest of the trip was uneventful, and I'm okay with that.  Have you ever felt like you walked into a novel?  By whom?